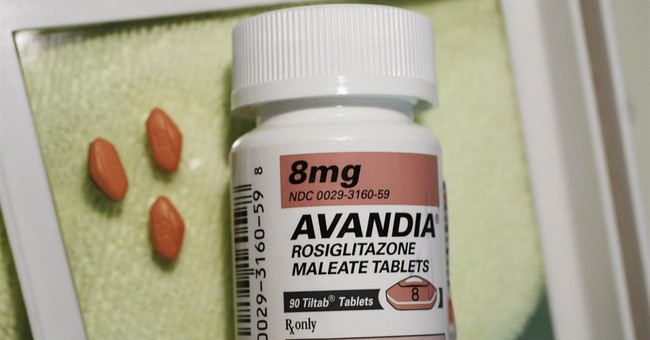 Americans proudly support locally-owned business whenever they can. Many consumers prefer to pay more for food that is grown locally on small farms rather than shipped in from out of state. It’s also hip to seek out locally-owned eateries that aren’t part of national chains. Consumers often lament how big box retailers are putting long-established mom & pop retail stores out of business.

This is the logic that seemingly prompts state lawmakers to pass questionable regulations designed to protect independent drugstores from competition against national chain drugstores and pharmacy benefit managers (PBMs). When consumers willingly pay extra because they value supporting local merchants — that is their prerogative. But when state lawmakers decide to take sides and pick winners and losers through protectionist regulations, taxpayers and consumers are usually the losers.

Here’s how it works: when most consumers encounter the health care system, they do so by taking an over-the-counter drug, seeing their doctor and often filling a prescription. More than 60 percent of Americans take a prescription drug in any given year, including 90 percent of all seniors. An estimated 4 billion retail prescriptions were filled annually — about a dozen per person.

Collectively, Americans spend nearly $1 billion per day on prescription and nonprescription medications. There are numerous steps consumers can take to lower their drug spending, including first trying a nonprescription drug, asking their physician for a generic drug or buying double-strength tablets in bulk and splitting them in half. However, most of the time consumers don’t have to comparison shop among pharmacies or even ask about prices once they set foot in the drugstore. Today more than two-thirds of Americans are members of a drug plan. This includes seniors with Medicare Part D drug plans, workers who have drug benefits through their job and individuals with health insurance that includes drug coverage.

Most of the time patients pay little out-of-pocket for their medications. According to industry data, nearly one-quarter of retail prescriptions are fully covered by insurers and require no copayment by the patient. An additional one-third cost the patient $5 or less, and more than three-quarters cost the patient $10 or less.

Why are consumers’ drug cost-sharing so low? Because national PBMs drive a hard bargain; they force the drugstores they contract with to vigorously compete for the right to participate in drug plans’ preferred pharmacy networks. PBMs also reduce premiums by offering members financial incentives to switch to generic drugs and often rewarding members who use the plan’s low-cost mail-order pharmacy for maintenance medications.

Pharmacies and other suppliers excluded from the preferred pharmacy network (due to price or quality considerations) lobby sympathetic politicians to outlaw these competitive practices. Recent legislative proposals — some that passed and some that didn’t — weaken the tools insurers and PBMs use to negotiate low drug prices with pharmacies on consumers’ behalf. This is protectionism, pure and simple.

Some examples of protectionist regulations include:

Obstructing competitive bidding. Stakeholder initiatives that obstruct competitive bidding reduce competition. With the cost of advanced therapies growing, health plans and PBMs have increasingly turned to competitive bidding in order to negotiate better deals with drug makers and retail pharmacies. This often means the lowest bidder of a competitive auction wins the near-exclusive right to supply or dispense a particular medication. And in a healthy marketplace, competition for a coveted place on a formulary encourages bidders to offer their best deals — to avoid the loss of potentially lucrative business.

Drugs are a relative bargain in our health care system — accounting for only about 10 percent of health care expenditures. Vigorous competition among drug makers, drug plans and pharmacies help make medications affordable for most patients. Blatant protectionism through self-serving state regulations are often passed off as “consumer protections,” but more often than not they are designed to benefit local pharmacy service providers at the expense of consumers, health plans and PBMs. State lawmakers should resist the urge to insulate local constituents from competition and allow the market to determine winners and losers. This will ensure the lowest possible drug costs for consumers.