Trump Grows as His Critics Shrink

Deroy Murdock
|
Posted: Jun 16, 2018 12:01 AM
Share   Tweet
The opinions expressed by columnists are their own and do not necessarily represent the views of Townhall.com. 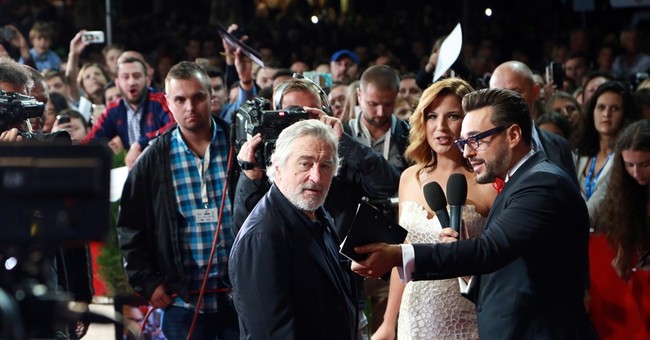 Say what you will about Donald J. Trump. The president of the United States is focused on big things. He is keeping his promises to restore prosperity to a nation that endured eight years of economic stasis under Obama. Trump is making America competitive again, in part through robust deregulation. He is slashing taxes and launched a game-changing 21 percent corporate levy. The commander-in-chief is giving veterans broader choices in healthcare and making it easier to sack VA staffers who fail them. Trump is freeing terminally ill patients to try experimental drugs that the FDA previously denied them. The president is filling the federal courts with constitutionalist jurists.

One statistic epitomizes President Trump’s domestic achievements: Adult female unemployment is at its lowest level since 1953 — during the Korean War.

In an almost poetic parallel, Trump has spent this week trying to cool the embers of that very conflict, which, 65 years later, endures — at least on paper. His meeting in Singapore with North Korean despot Kim Jong-un is a personal best — light years from The Apprentice — and with the potential for enormous good for Koreans and Americans alike.

While President Trump works on major initiatives like these, his opponents are sinking into a swamp of unprecedented verbal ugliness. The very same people who moan about Trump allegedly demolishing civil discourse have mouths like sewers and thoughts to match.

But what, exactly, did this obscene outburst accomplish? Did this foul rant get anyone anywhere? Did these bad words get Trump’s supporters to think about how he might perform his job even better? Did they help independent voters weigh Trump’s shortcomings or suggest a brighter path for America? These questions answer themselves.

- Not content to slam the president, “comedian” Samantha Bee recently used a taped appearance on TBS’ Full Frontal to react to a photo of Ivanka Trump holding her young son. Bee called Ivanka a “feckless cunt” — the “c-word” doing for women what the “n-word” does for blacks. Bee also filthily suggested that some incestuous sexual relationship exists between the president and First Daughter.

- Atlantic magazine senior editor David Frum on June 2 took to the ever-elevating Twitter platform to hypothesize about when a president could be prosecuted for obstruction of justice. As Frum wondered:

“Suppose President Trump punched the First Lady in the White House (federal property = federal jurisdiction), then ordered the Secret Service to conceal the assault. POTUS has Article II authority over Secret Service. Is that obstruction? Under Sekulow/Dowd, apparently NO.”

Frum could have raised the same bizarre point, perhaps with Trump, in the Oval Office, hurling the Resolute Desk’s stapler at Attorney General Jeff Sessions. Trump very publicly has expressed disappointment with Sessions. In this scenario: violence? Yes. Spousal abuse? No.

Instead, Frum invoked the image of Trump beating his wife in the White House. And he did this even as the First Lady was out of the limelight, recuperating from kidney surgery.

“I’m hoping for it because one way you get rid of Trump is a crashing economy. So please, bring on the recession,” Maher said June 8 on Real Time. “Sorry if that hurts people, but it’s either root for a recession or you lose your democracy….I feel like the bottom has to fall out at some point.”

- Impoverishing his fellow Americans is insufficient for John Cusack. The highly under-rated actor — whose ample dramatic and comedic gifts should be better deployed — demands insurrection against America’s duly elected president.

“Let’s go to streets,” Cusack insisted June 6 via Twitter. “Who owns the streets? Civil disobedience. Require the government to leave if you are not satisfied with it. We need to kick Trump out of the office now. He’s ill, deranged and dangerous. He’s putting children in cages — fuck the Nazi s [sic] — shut them down.”

Cusack’s proposed method for removing President Trump “now,” via neither impeachment nor the 2020 election, seems — at first glance —extra-constitutional.

“Gotta vote out the death kult and every single enabler,” Cusack added, misspellings and all. “And We gotta shut down trump – scare the shit out of them – get children out of cages.”

Actually, these snapshots proved no such thing. The children in cages were photographed in 2014, inside facilities operated by the Obama Administration.

Cusack seems to live the title of his 1989 hit film Say Anything.

Last year, he posted a picture whose text read: “Yer dead — get yerself buried.” He then captioned the photo, “Message for Trump.”

Deroy Murdock is a Manhattan-based Fox News contributor and emeritus media fellow with the Hoover Institution on War, Revolution and Peace at Stanford University.