Derek Hunter
|
Posted: May 30, 2021 12:01 AM
Share   Tweet
The opinions expressed by columnists are their own and do not necessarily represent the views of Townhall.com. 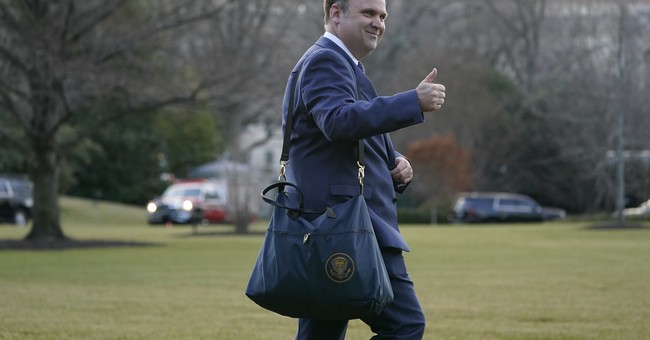 There’s a quote I love, use regularly, and butcher just as often, “My favorite definition of an intellectual: ‘Someone who has been educated beyond their intelligence.” It comes from Arthur C. Clarke, but I first heard it from my friend Al, a just-post-Korean War vet and electrician I used to play in euchre tournaments back in Detroit. I have never met anyone with an advanced degree, outside of a couple of people in the fields of law and medicine, who didn’t personify that quote to a T. One prime example of this phenomenon is Temple University professor Marc Lamont Hill.

Hill also hosts a show on BET and something called “Black News Channel,” which describes itself as “an independent network, minority-owned and operated. BNC is the nation’s only provider of 24/7 cable news programming created ‘by people of color for people of color.’” If you remember Hill from his cable news days, that he’d work for race-based networks wouldn’t surprise you. After all, he is a true man of the left, an adherent to the left’s identity politics. He was fired from his job at CNN not for his racism, but for anti-Semitism, back when anti-Semitism could get you condemned by the left.

On his BNC show this week, Hill interviewed the Manhattan Institute’s Christopher Rufo about Critical Race Theory. In what Hill must’ve thought was a “gotcha” question, he asked Rufo, “What do you like about being white?”

Rufo is a researcher, not a bomb-thrower. Not wanting to get in the mud with Hill, Rufo calmly explained how the concept of the question was stupid, though much more politely.

Hill wouldn’t accept that answer, it wasn’t what he wanted. He wanted something he could claim was racist, it’s his oxygen. He circled back, listing off things he likes about “being black.” He listed “cultural norms,” whatever the hell that means, and the “kind of commonalties I feel around the diaspora.” It was his whining way, of course, to insert slavery into the situation – saying he feels a kinship with descendants of slaves taken from their homeland. Presumably, that means he feels no commonalities with Africans who immigrated to the United States, if you wanted to play his game.

Rufo didn’t play his game, again rejecting the concept; reiterating the fact that he is an individual, not a member of a collective. Hill had baited his hook and came up empty, much to his chagrin.

I would’ve handled it differently. I am not an academic, nor am I one to suffer racists or casually. Or fools, as they generally go hand in hand.

My answer would’ve been blunt – What I like about being white is I’m free to think anything I like; believe anything politically and not be prejudged by liberals for it. I don’t have people assuming I vote a specific way, for a particular party, simply because of my skin color. That no matter what I believe, I won’t be called a traitor to my race, a sell-out, or some racial slur like “Uncle Tom,” or “Uncle Tim.”

What I like about being white is I don’t have to suffer the bigotry of leftists demanding I conform to how they insist I must think.

Hill and pretty much every left-wing pundit, TV personality, reporter, academic, actor, etc., do not extend that same courtesy to, say, any black conservative. Ever.

In that answer, it would have exposed Hill for what he was trying to do to Rufo, and it shows what the left is now: you are your skin color. If you refuse to conform, if you won’t be what they demand you must be, you are their enemy.

This was perfectly illustrated by a teacher in Portland who, on a Zoom call, made it clear that if any of her colleagues refused to teach Critical Race Theory, and instead did something stupid like teach children to read, write, or do math, they would be fired. “Evolve or dissolve,” this 8th grade humanities teacher gleefully and without reservation, said. She went so far as to say that state and national teachers’ unions were working to ensure anyone focusing on not indoctrinating children to believe they’re either irredeemable racists or victims of racism with no hope for the future because of it, would be fired.

Imagine being such a miserable creature, or part of the political movement that not only created this belief system, but enforces it with threats of destruction and exile should you have a non-white skin tone and refuse to obey their will. Not having to be subjected to evil whims of the left because of what I look like when I was born, that’s what I like about being white.