Do Not Believe These People

Derek Hunter
|
Posted: Jan 12, 2021 12:01 AM
Share   Tweet
The opinions expressed by columnists are their own and do not necessarily represent the views of Townhall.com. 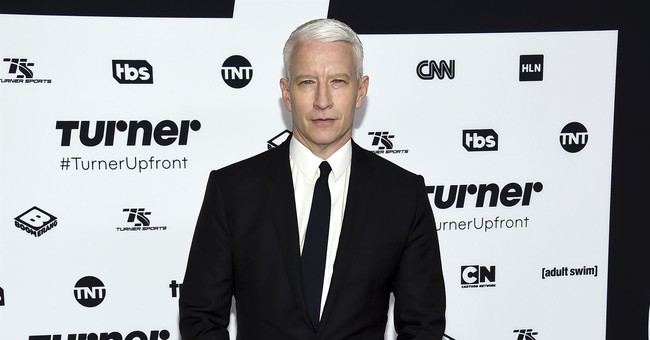 Maybe I’m just cynical, which I know I am, but every single time one of those teleprompter-reading TV personalities masquerading as journalists use a phrase like “It’s a sad day” or “It’s impacted all of us,” I want to throw up. There has never been a phonier, less trustworthy group of people with more influence in history.

When idiots stormed the Capitol building, the pearl clutchers went into overdrive with the “this is horrible to see” and some “this is a tragedy” talk. Yes, both are true, but does anyone believe they actually feel any of it personally? Why would anyone care about a country when they hold half its citizens in contempt?

Anderson Cooper let the cat out of the bag when, while speaking of attendees at the rally and not just the rioters, he said they were “going to go back to the Olive Garden and to the Holiday Inn they’re staying at, or the Garden Marriott, and they’re going to have some drinks and talk about the great day they had in Washington.”

He was calling everyone who dared think the election results were a little odd low-brow, low class, and most definitely beneath him. We can’t all be born into the Vanderbilt family.

While that line, and those like it by other overpaid talking point parrots, was designed to “humanize” the person saying it as someone concerned about the events of the day, it really just exposed who these people are when they think they’re in safe company.

Americans who can’t afford to eat at Michelin-stared restaurants every night of the week know what’s really going on, they see through the smile to the hate below it.

That level of hate may not play well with normal Americans, but it kills on the Upper East Side of Manhattan, where Cooper and his ilk will regale themselves with tales of the times they rubbed elbows with someone who showers because of work and not for it.

They’ve always hated us, they used to just try to hide it. Not very well, but at least they tried.

Watching them talk about the riot at the Capitol reminded me of the Don Henley song “Dirty Laundry.” You can forget, from time to time, what they’re really like, but the lines, “We got the bubble headed bleach blonde, who comes on at five, she can tell you 'bout the plane crash with a gleam in her eye It's interesting when people die, give us dirty laundry.”

That’s what they live for, though only in one direction.

Got anything that will harm or embarrass a Republican and they’ll have the satellite truck parked on your lawn in 20 minutes. Have anything casting a shadow of doubt on the character of a Democrat and you might as well dump your own body in the bay.

There hasn’t been a rumor unworthy of reporting about Donald Trump and Republicans, no matter how disconnected from the possibility of knowing their “anonymous source” may be. But when it comes to verified stories that, to put it mildly, reflect poorly on Democrats, any Democrat, no amount of information is enough to warrant informing the public.

When it was learned that Congressman Eric Swalwell, who has access to this nation’s most important national security secrets as a member of the House Intelligence Committee, had a long-term connection with a Chinese communist spy, and that she helped him fundraise for his reelection in 2014 even though she was a college student (which should seem weird how a foreign national college student could have enough contacts to be a political money bundler), the networks barely touched the story. CNN had him on for a short, softball interview, and The New York Times, to this day, hasn’t mentioned it once. Americans have been sent to prison for taking pictures on a submarine, and Nancy Pelosi actually defended his position on the Intel Committee and refuses to discuss it further, not that any “journalist” would ask again.

These people hate you, and when you hate someone, lying to them is no big deal. In fact, it’s easy to justify to yourself.

But they don’t really lie to you, because you aren’t watching them. They’re lying about you to their audience, who has been conditioned to believe those lies by being fed a steady stream of them. If these people want to talk about a “threat to democracy” maybe they should find a mirror.