US Has Good Reason To Aid Important Industries After This Mess

Derek Hunter
|
Posted: Mar 19, 2020 12:01 AM
Share   Tweet
The opinions expressed by columnists are their own and do not necessarily represent the views of Townhall.com. 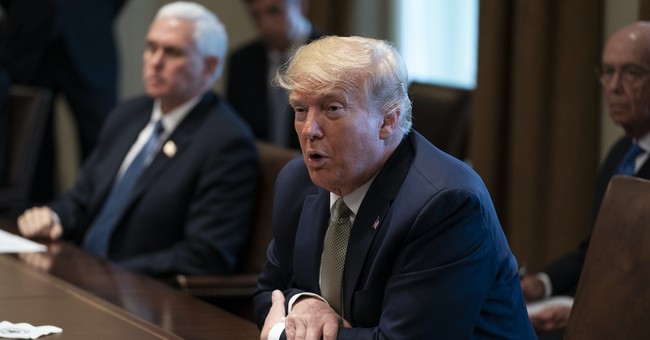 I’m not a fan of government bailouts, but these are not normal times. In the wake of the coronavirus crisis, there are going to be thousands of businesses that will never recover, and may even some industries. They all want, but don’t need bailouts. But some industries are too important to our national interests and security to let them die, at least within our own country. Protecting our sovereignty by protecting vital industries through government assistance in unprecedented times is not a bailout, it is smart policy.

Like I said, if the cruise ship industry goes under it will hurt a lot of people, and each of those cases will be a tragedy in and of themselves, but national security won’t be impacted and other companies will form to buy and operate those ships (they’re foreign flagged anyway, so let those countries help them). For every restaurant that goes under, another will eventually take its place. Little comfort to those impacted immediately, I know, but now is the time for priorities.

If Washington is going to act on those and other industries does happen, I’m not sure I’d have a huge problem with it, if only because their problems are not a result of market forces - bad food, bad service, etc. - it’s a result of a government imposed lockdown. They didn’t fail customers, customers were kept away.

Some industries, however, are also suffering and their demise would threaten our nationals security and economic recovery. The aerospace industry is one such, and along with prescription drugs, probably the best example.

The manufacture of prescription drugs is now universally accepted as something this country is going to have to find a way to do domestically. Maybe some of those liberal billionaires anxious to dump billions into efforts to defeat President Trump could redirect that money to this endeavor. A billion dollars in TV ads will never have the level of importance as restoring this country’s ability to make our own antibiotics.

While there is agreement on pharmaceuticals, airlines are suffering. Who wants to fly right now? It’s not because there has been a series of accidents, it’s because people are worried about their health. The story of a moron boarding a plane while waiting coronavirus test results, only to get a positive result when the plane landed, did more damage to air travel than anything since 9/11.

But air travel is crucial to our economy. Leisure and business travel are the lifeblood of our economy. We could survive one or two airlines going under, but not the industry. When things return to normal, mobility will be a huge part of the blood pumping through the economy’s veins. We can not let it die.

As distasteful as it sounds, the federal government is going to have to step in with money, loans, tax breaks, and every other weapon in its arsenal; perhaps temporarily, but maybe not. Time will tell.

Just as important to the economy as the ability to travel is the ability to design, create, and build our own aircraft. It’s more important, in fact, because it also involves national security.

Our aerospace industry makes commercial plane and military planes, as well as cargo planes to transport good from American companies across the country and around the world. If it goes under, we will be dependent on European countries for our planes, and that’s the best case scenario.

The worst case scenario is China, the country singlehandedly responsible for this pandemic thanks to its mishandling, secrecy, and flat-out lies, would likely be the big winner.

The Chinese government has been pouring money into the Commercial Aircraft Corporation in an attempt to overtake the US as the premier manufacturer in the world. When all things are equal, they’ve failed, and miserably. But all things are not equal now, thanks to their actions. The federal government needs to protect the country and the world not only from China becoming a major player in the world’s plane manufacturing business, but must act so the communists don’t benefit financially from their misdeeds.

Just as we need to incentivize companies to manufacture prescription drugs and their ingredients in the United States once again to free ourselves from dependence of China, we need to move to prevent replacing one problem with another. Imagine China being the foremost manufacturer of airplanes and parts. That would be a disaster.

Government picking winners and losers is never a good idea, but this is not that. These industries aren’t failing because of bad management, they’re teetering because of China’s failures. We can’t let our national or economic security depend on other countries, and we sure as hell shouldn’t allow China to benefit at all from their negligence (which is a generous way to put it). We need to manufacture our own medicine again, and we need to continue to be able to fly while manufacturing our own planes.