The Unpopular Truth About The Popular Vote

Derek Hunter
|
Posted: Dec 04, 2016 12:01 AM
Share   Tweet
The opinions expressed by columnists are their own and do not necessarily represent the views of Townhall.com. 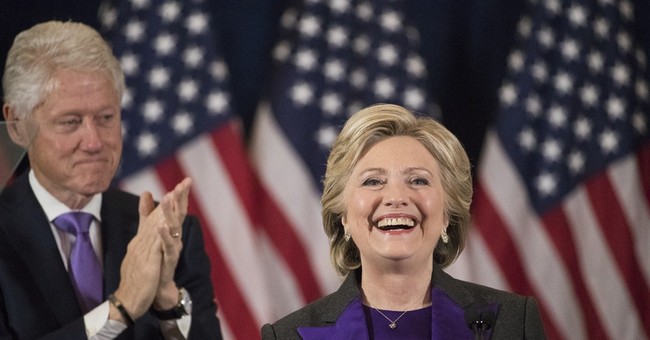 Have you heard the news that Hillary Clinton won the popular vote? Unless you live under a rock you likely have stumbled across a barista or aspiring novelist mumbling something about how the Electoral College is unfair and undemocratic and how electors should follow “the will of the people” and vote for Hillary on Dec. 19. Because “democracy!” or something.

If we lived in a democracy, they’d have a point. Thankfully, we do not.

What too many of these uneducated and unshowered drum circlers don’t know, or don’t care to know, is the popular vote is a meaningless unit of measure. The Electoral College exists, and it is how we determine who is president. We are a union of states, hence the name United States of America, not singular blob on a map. Candidates must appeal to a broad swath of the nation with differing and sometimes conflicting interests. It’s a brilliant system.

Donald Trump didn’t campaign in California because there was no point in campaigning in California. Unless Los Angeles and San Francisco fell into the ocean, the state wasn’t in play. This left a lot of potential Republican voters deciding to skip the lines on Election Day. Same goes for New York.

More nefariously, Democratic pundits and journalists have expanded the deception of the presidential popular vote to Congress as well. “Democrats got more votes for the Senate than Republicans, yet the GOP controls it. That’s not fair!” – or some such childish refrain has been making the rounds on social media and TV since people voted.

Just like the “recount” is a naked attempt to discredit Trump’s victory, this “smart take” is a deliberate deception designed to keep the unshowered angry.

The Nation magazine put it this way, “The preliminary count had Democratic Senate candidates gathering 46.2 million votes to 39.3 million for Republican candidates.” That and $2.50 will get you a cup of coffee from the aforementioned unshowered, probably with earlobes stretched to the size of Frisbees and an impromptu lecture on the “justice” of fair trade coffee beans.

But it’s a fraud.

Those numbers aren’t a lie, per se, but how the left is using them is, just like how it is using the presidential popular vote.

In California now, all candidates run in the same primary, and the top two vote-getters advance to the runoff unless one receives more than 50 percent of the vote. Thanks to total Democratic Party control, both candidates for the open Senate seat were Democrats. So Democrats got all the votes in California’s Senate race.

Meanwhile, Texas, which has a large population and generally votes Republican, did not have a Senate race this year. So millions of votes that could have gone to Republican Senate candidates didn’t because there was no election for them to vote in.

In fact, several solidly Republican states or states Republicans stand a good chance of winning didn’t have Senate elections in 2016.

When you choose the unit of measure by which you determine success you will always come out ahead. That’s what Democrats are doing here.

In this year’s World Series, the Chicago Cubs won the title 4 games to 3. But both the Cubs and Cleveland Indians scored 27 runs in the seven games. Applying the argument liberals are using, there needs to be an eighth game, or at least more innings added to game 7 with the winner being whichever team scores the next run.

That doesn’t make any sense, and neither does arguing about the popular vote for president or in regards to Congress. The rules were the rules, and campaigns were run under those rules, deliberately.

This won’t stop the unshowered and uneducated. Their ignorance inoculates them from such realities. But it doesn’t excuse the showered and educated who should, and do, know better.

The political class is doing all it can to hurt the incoming Republican government; to discredit it before anyone takes their oaths of office. C-list celebrities have even taken to social media to promote a meaningless online petition to “pressure” Trump electors to switch their votes to Hillary (and avoid keeping their word to leave the country). Many of the great unwashed have even taken to threatening the lives of Trump electors, which is illegal but of no interest to the current Justice Department. Unable to win at the ballot box, these are the tactics they’ve chosen. It’s who they are.

Outside of their enclaves, Democrats have little appeal. They can’t win under the rules, so they do what they always do – ignore them. Be it through a bogus recount trying to deny enough Electoral College electors for Trump to reach 270 votes (he’d still win without them from the three states the Greens and Clinton are challenging, it would just empower Democrats to claim he didn’t have 270, or the widely known “majority”), or the “we won more votes” congressional nonsense. Democrats have never lost well.

You’d think they’d be used to it by now. If they haven’t and they continue down this path, the American people will continue to give them ample opportunity to.