Derek Hunter
|
Posted: Feb 11, 2016 12:01 AM
Share   Tweet
The opinions expressed by columnists are their own and do not necessarily represent the views of Townhall.com. 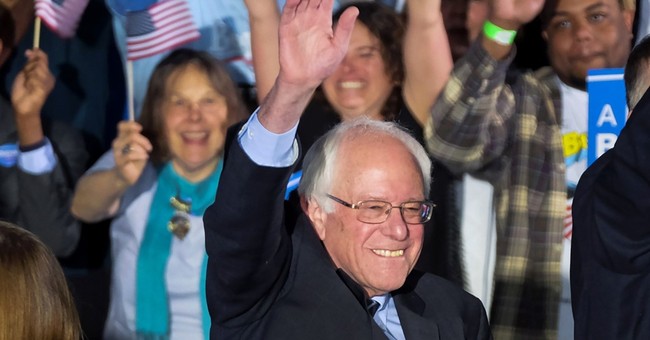 Well, that was interesting.

The New Hampshire primary is over and the results were…sort of what was expected. Beyond the headlines, however…

On the Democratic side, and according the Gloria Steinem and Madeleine Albright, there are a lot of young women chasing boys straight to Hell. Hillary Clinton not only lost the youth vote by an amazing margin, she lost young women by so much it has to be a shock to a candidate who considers her gender among the top reasons to support her candidacy.

She lost every demographic except people making more than $200,000 and older than 65. But amazingly, Hillary is doing the worst with people for whom the scandals of her husband’s administration are faded memories from their childhood or passing topics in their history classes. To say she has a likability problem is like saying the Titanic had a glut of ice cubes for drinks. The people who know the least of her history dislike her the most.

Hillary threw everything at New Hampshire in an attempt to keep her loss, which was a foregone conclusion, to single digits. Had she lost by nine or less – or even 10 – she would’ve claimed a moral victory for keeping the margins down against Bernie Sanders that close to his home state. But she was destroyed, beaten by more than 20 points in a race she led by 40 points three months ago.

To put that in perspective, in 2008, in a field of five, Hillary Clinton received 39 percent of the vote. In 2016, in a field of her and an old socialist, she got 38 percent. That’s not just spinning her wheels; that’s backsliding.

Interestingly, after essentially a tie in Iowa and a rout in New Hampshire for Sanders, Hillary is destroying Bernie in the delegate count. Thanks to “superdelegates,” party officials who are free to support whichever candidate promises them the most (and who can promise more than a Clinton?), Hillary has 394 nominating delegates to 42 for Sanders.

Somehow, Sanders, who dominated New Hampshire and likely won the popular vote in Iowa – the state party, led by a Clinton loyalist, refuses to release the numbers – is losing the race for the nomination and badly.

To keep Democratic Party voters from realizing just how undemocratic their nominating process is, team Clinton is pinning its hopes on South Carolina to serve as a firewall against Sanders. More specifically, the campaign and the Democratic Party machine are counting on the black vote to reject Sanders and fall for the Clinton name.

If the black vote can be turned out to vote against a man who was directly involved in the civil rights movement, having been arrested in 1962 while protesting housing discrimination at the University of Chicago (before it was fashionable for suburban white people to be involved with the civil rights movement), she will win. But if Sanders can make inroads with the black vote, even keep it close, the Democrats will have a fight on their hands for which they are completely unprepared.

How can Hillary perform so awfully when everyone in control of the levers of power set the stage for her to succeed? The party limited the number of debates for her and scheduled them at times few would watch. Now we know why.

It turns out even progressive Democrats don’t like having their decisions on electoral issues made for them. DNC Chairwoman Debbie Wasserman Schultz tried to limit Clinton’s exposure to tough questions but in the process created momentum for her opponents.

Former Maryland Governor Martin O’Malley was thought to have been Hillary’s biggest concern from the left, but he showed all the charm of a department store mannequin. That sent people who wanted to at least explore their options to find Sanders.

The party underestimated just how radical its base had become. After decades of fostering discontent with American society as a weapon against Republicans, the monster the party created has turned against it.

The Democratic Party power structure is just as radical, of course, but did not want that on display. Now it has no choice.

Hillary has to not only attack Bernie Sanders, she has to do so in a way that convinces a large swath of his supporters she will champion the same radical causes and simultaneously position herself toward the center for a prospective general election run. It’s a nearly unimaginable quandary for someone who just a few months ago appeared to have to deliver only a tap-in putt for victory.

The biggest problem facing Hillary Clinton is still not Bernie Sanders. Sanders is in an unexpected and enviable position, but the deck is almost hopelessly stacked against him.

Her biggest problem – and Bernie’s biggest asset – is herself. Even if she manages to change the paradigm to her favor again and win the nomination, she’ll still have that problem.