Trump: The Cure Or The Disease? 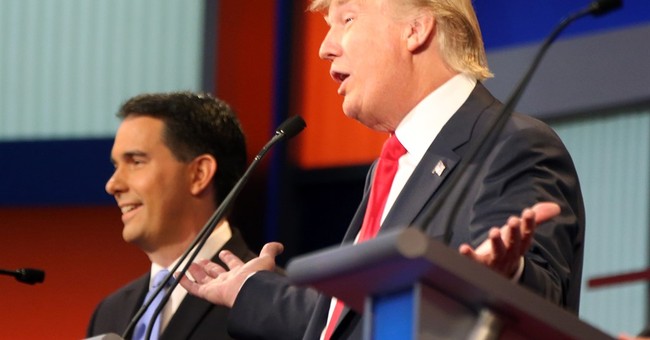 Which is he more of? And what will be the end result? That’s a question no one can answer. But one thing is clear: Donald Trump will be a force to reckon with in the 2016 election.

There are people I respect on both sides of the Trump debate, though I take issue with the tone of each. The Donald isn’t a savior, and he isn’t a destroyer. He’s simply himself. That’s both his appeal and his Achilles heel.

The GOP debate on Thursday was Trump’s to lose, and he lost it. It was a photo finish, but he came off as he has while campaigning – a whiling dervish whose momentum has overtaken control of the race.

His supporters complain about the questions, but the old adage holds: If you’re complaining about the refs, you’re losing.

To think you can run for president and not face tough questions about past actions is to believe in the Easter Bunny. To label those questions as unfair or “hit jobs” is a level of naiveté adults simply shouldn’t possess. To make a sexist attack on the questioner after the fact shows a level of immaturity that cannot be ignored.

The easiest way to avoid having to answer for out-of-line actions or statements when running for president, or in life, is to not do or make them in the first place. Since we’re all human, that isn’t possible. When asked about them, as you will be, or to imply the questioner was hormonal, as Trump did the next day on CNN, is, quite simply, unpresidential.

Part of Trump’s appeal is that he’s not a politician, and he refused to be bound by left-wing imposed political correctness. I like that aspect of him too. But there’s a difference between being un-PC and being an ass.

Did he really think he’d never be asked about the bombs he’d thrown before? He did them in public and reveled in the publicity from them. So why the anger?

I suspect Donald Trump, who employs a lot of people, has no one on staff who can tell him “no.” That’s an important word for a president to hear, regardless of whether they heed it.

Our current president is so insulated from opposing points of view that he finds out (or at least claims to find out) about veterans suffering in the VA health system, the IRS targeting Americans for their political beliefs and his Justice Department forcing the sale of guns to Mexican drug cartels and losing track of those weapons, from the media.

In Obama’s case he simply doesn’t give a damn about contrary points of view. He’s a devout ideologue seemingly seeking the approval of his dead radical father who wanted nothing to do with him. With Trump, it appears more ego driven.

He’s been successful in business and even claims success when he’s failed. That’s admirable in the business world but can be dangerous in the political world.

Obamacare is harming people, costing them significantly more than before and more than many can afford. The president doesn’t care; he wants the policy in place. The economy is awful, producing barely enough jobs to keep up with population growth and reducing unemployment through part-time hires and the millions of workers who simply have given up looking. The president doesn’t care; he touts job numbers he knows don’t accurately represent the situation and declares recovery.

Donald Trump displays these characteristics and an affinity for denial. That’s potentially dangerous for the country, especially when the entirety of his plans seems to be to make our immigration system, economic policy, military strength, etc., “the best in the world.” That’s a goal, an admirable one at a time when a country needs someone to restore our morale. But it is not a method, and it is not a plan.

Donald Trump being Donald Trump has gotten him to where his in the polls, and I sincerely hope other candidates learn from him and adopt some of his strategies. Some seemed to – the debate had a different energy level because he was there. But Trump being there exposed just how unseriously he seems to be taking this race.

If this is just a vanity race to raise his profile, mission accomplished. But if he wants to be president, Donald Trump needs to start acting like he can be the job. Because being president of the United States is as much about being the president as it is doing the work of the president.

In a culture where people with no discernible skills beyond self-promotion can make no-talents into rich celebrities, it’s not surprising how popular Trump has become in the polls. He brought more energy and excitement to a primary debate than there ever has been. But what else is he bringing? There has to be more, doesn’t there?

He may be the cure for common, boring politics, but that doesn’t mean he can’t simultaneously be the problem in the first place.