The Metastasizing of Progressivism in America 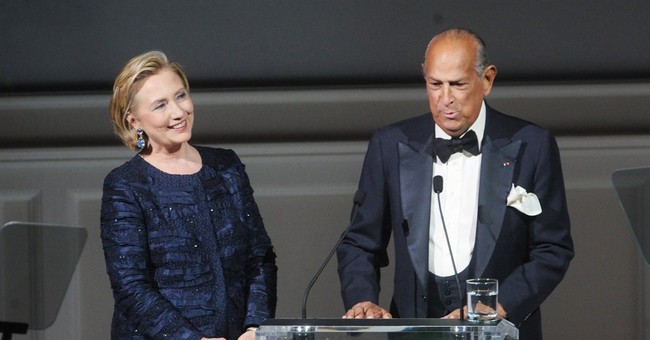 Culture is the culmination of everything happening in a society, the collective stew of the nation. A good stew, a healthy stew, has all the flavors melting together to create something better than the sum of its parts – garlic is great, but it’s much better on something than simply eating a bulb of it. Our stew, our nation, is reversing course and coagulating to the point that some parts are actively working against the whole and making the stew inedible.

No, I’m not talking about the president as a man, or any elected Democrats. Their tactics sometimes cross the line – up to and including voicing support for fascistic oppression of speech (Media Matters) or violent thugs (the Occupy gang) – but they are hardly the problem.

Political differences are a good thing in a free society, so you’d think people espousing a philosophy they claim to be rooted in “democracy” and righteousness would revel in the opportunity to engage those with whom they disagree on the field of intellectual battle. But for modern liberals, nothing is further from the truth.

Liberalism was once a philosophy based in Constitutional respect and American exceptionalism, but it’s been a long time since that was the case. Perhaps not since John Kennedy has there been a national Democrat who believed in this vision of America, one in which individual liberty and personal responsibility brought about collective greatness, not a partisan legislative agenda and the systematic silencing of dissent. The left says Ronald Reagan could not be elected in today’s GOP; there is no way JFK could be elected by today’s Democrats – not for the U.S. Senate from Massachusetts and especially not as a president. It has changed that much.

The progressive philosophy is based on the idea of the supremacy of a few, a “better class.” It’s history is rooted in racism, eugenics and genocide, but that is for another op-ed. Members of the “better class” are self-declared intellectuals who know your needs better than you. Everyone judges, and it’s normal to feel this way when offering advice to friends. But friends are free to take or reject the advice. That’s not good enough for progressives. They legislate their advice; you have no choice but to take it.

The Democratic Party was infected by the progressive philosophy at the dawn of the 20th century, as was the Republican Party and the world. Republicans largely rejected them (McCain and Dole being noted exceptions), but they found a willing host with the Democrats. The concept sounds great – government can make things better…only it can’t and hasn’t. Soon, they had metastasized through the Democratic Party and won the White House with Woodrow Wilson. Wilson abused his power and sought to imprison opponents whose only crime was criticizing his administration. (On top of his rabid racism, another staple of the progressive movement no one likes to talk about.)

Since Wilson, most all Democrats have displayed varying degrees of the progressive addiction to power. But until recently, there was always a check within the party to counter it.

President Clinton had some progressive tendencies, staff and wife. But he was, at heart, a traditional Democrat. He was a proud member of the now-defunct Democratic Leadership Council, which was so hated by progressives for its unwillingness to embrace the progressive philosophy that it was shut down a few years ago. With the last semblance of a moderate faction in the party gone, the parasites’ transition to host was complete.

Now we find ourselves dealing with the aftermath of a major political party’s inability to deal with the extreme elements in its midst. These extremists now run the show and the results are splashed across headlines from shore to shore.

The laundry list of stretching and abusing power makes War and Peace look like a Cliff Notes version of a 30-second commercial. Benghazi, Fast and Furious, IRS, seizing of journalist’s phone records and a spying scandal so vast it would have the old Soviet leaders spinning in their graves from jealousy, just to name a few.

All of this and more is personified in the progressive “news” network MSNBC. They used to say the Internet would kill journalism; little did they know an insider – the Peacock – would do the job itself.

With hosts masquerading as journalists, the once-great NBC News has done more damage to discourse and civil society than anything our greatest enemies could’ve dreamed of. People such as Al Sharpton, the discredited and disgraced Pied Piper of race-baiting bigot of Tawana Brawley and Freddie’s Fashion Mart infamy, now enjoys a lucrative contract and a prime slot at 6 p.m. As National Review’s Jonah Goldberg put it. “In a more just society Al Sharpton would probably be out on parole by now.”

Or Lawrence O’Donnell, a former Senate staffer turned Hollywood wannabe with the intelligence for neither. This week, the anchor of MSNBC’s primetime line-up tweeted, “Giuliani attacked POTUS last night for Benghazi, so I am forced to remind Giuliani how many firefighters were killed on 9/11 because of him.” Forced? Really? Why? Because his compulsion to protect the president required him to lie about a man who has probably buried more friends than any living person. Disgraceful. Larry didn’t go all “southie” accented and challenge Rudy to a fight like he did Mitt Romney’s son, probably because Giuliani would take him up on the offer.

And then there’s Martin Bashir. Unemployable elsewhere, Bashir makes his home in the land of mediocrity aspirants as their king. Someday he may rise to the level of being a disgrace, but he must first acquire an accomplishment of any sort in his chosen field. Unlikely. Bashir recently declared Republicans are using the term “IRS” as a code word for the N-word by lying about an interview of Lee Atwater from 1981. Bashir is a one-trick-pony who sees racism and bigotry everywhere, which must mean he lives in a home without reflective surfaces.

MSNBC is a megaphone of the progressive movement, the modern Democratic Party. But it’s not the only one. It’s a disgusting propagandist outfit on par with history’s most despotic. It imposes itself on the culture through a willful minority eager to believe the trials in their lives are not the result of their actions but some unforeseen force against which they’re powerless without a government looking out for them. They’re content to not look behind the curtain and see it was that government and the attitude it foments that has been holding them back all along.

The progressive philosophy is coagulating in our national stew, just as it has everywhere it’s woven its destructive self into the fabric of a culture. It is manifesting itself in the ever-growing list of scandals we are seeing today and is personified by the activists parading as journalists on MSNBC who seek to silence and destroy those who dare challenge their claim to moral superiority. To that claim, and every other attempt to curtail individual liberty through manipulation of news and culture, conservatives must stand tall and offer an alternative.

Andrew Breitbart always said, “Politics is downstream from culture,” and he was right. It’s the most important fight in which anyone can engage right now, and one in which lovers of individual liberty sorely lag. Thankfully this is a marathon, not a sprint. And to those “journalists” at MSNBC so fond of code words, all I can say is “Go ‘IRS’ yourselves.”