A Little Trip In The Way-Back Machine 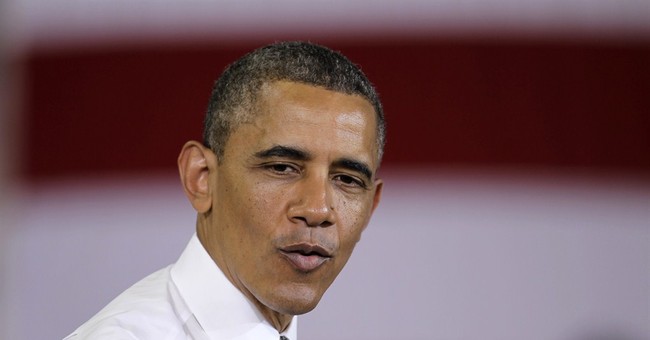 Once upon a time, Democrats were concerned with infringements on civil liberties, when the president abusing power was someone they opposed and when the deaths of Americans bothered them. It was a magical time called the 2000s, but it might as well have been a century ago because that party has since gone the way of the Dodo.

OK, Democrats never truly cared about those things in principle, mind you, but they at least paid lip service to the concept in a fairly convincing way.

Attorney General Eric Holder testified before Congress this week about the panoply of scandals surrounding the administration and easily could have been mistaken for Sgt. Schultz on Hogan’s Heroes – he saw nothing, knew nothing, heard nothing. It seemed as though the first thing on his calendar every day was to recuse himself from everything his department was doing, then lock himself in his office and refuse to talk to anyone. Yet, in the face of either corruption or incompetence, President Obama reaffirmed he has “complete confidence” in him with as much rationalization behind it as the White Star Line praising the captain of the Titanic for such a smooth first half of the voyage.

There were some cracks in the media guard, temporary and subjective as they may be. Chris Matthews even took a break from throne-sniffing to express consternation at how President Obama is essentially the Vinnie Barbarino of 1600 Pennsylvania Ave, thinking asking “Who? What? Where?” when faced with serious abuses of power by the government’s most feared domestic agency.

Lost on the media is the irony that the very people who have been trying to dismiss the IRS scandal as the work of “misguided mid-level rogues” would be buying out bullhorn supplies to shout their outrage had the parties been reversed. Even now, it seems like this is getting the coverage it has only because the alternative is to do some real follow-up reporting on the Gosnell verdict.

And Benghazi? Forget about it.

The media breathlessly reported a briefing memo President Bush got containing a general warning that al Qaeda might, at some future date, hijack planes as if it contained the words “World Trade Center” and “September 11th” in 24-point type. Yet, in the face of prior attacks, attempted assassinations of diplomats and repeated pleas for adequate security, President Obama’s administration appeared unprepared and unconcerned for the safety of Americans. The media yawns.

On the anniversary of the worst terrorist attack we’ve ever suffered, this administration chose to ignore some very real threats from people who love anniversaries the way Hallmark does in a place that makes Lord of the Flies look like your average school playground. To do this was horribly negligent. To not even try to rescue Americans under attack makes it worse. To refuse to say who gave the “stand down” order to the military makes it worse. To assert the military couldn’t have made it in time anyway – as many in Congress and the media have done – is to pose as knowing how long the battle would last and to admit to not knowing what our military can do on even extremely short notice.

But the media did wake up a little more than usual this week. Not when it was revealed reporters had been lied to and the White House was fully aware of the IRS targeting of Tea Party groups a year ago, but when they found themselves being treated like – gasp – Republicans.

When it was reported Sgt. Schultz had tapped phones at the Associated Press, one wondered if the throne-sniffers might realize that aroma they’ve been smelling isn’t daisies and that they, too, will be victimized if they get in the way of this politics-around-the-clock administration. Alas, it was not to be.

Yes, rage was expressed, and even some tough questions were asked. But no dots were connected in anything other than pencil. Nobody in the MSM wanted to talk about a pattern of abuse of power. It was time for apologies and for the story to fade. Their sources got the message – clam up or be outed in ways they can’t even imagine. But considering how few reporters were even asking tough questions, it’s not so much a pool of reporters affected by this as a foot bath.

The egregious affronts to liberty exposed in the last weeks will soon by mocked by Saturday Night Live, Jon Stewart and all the other ignorance keepers. Memories will fade. And the press briefing room at the White House, momentarily populated by Edward R. Morrow wannabes, will wilt back into the room filled with Bagdad Bobs who’ve earned their place of respect just below Major League Soccer players and neck tattoo recipients in society’s eyes.

I hope I’m wrong, I hope we see more glimpses of the type of skeptical media that existed way back in the 2000s, but I doubt it. It would be nice, though, to see the people who most frequently use the phrase “speak truth to power” actually exercise the meaning of it. Because somewhere along the line the “Fourth Estate” became a Fifth Column. It’s a shame too – because, as we saw this week, they do have the ability to do journalism in them.