Why the Left Won't Call Anyone 'Animals'

Dennis Prager
|
Posted: May 22, 2018 12:01 AM
Share   Tweet
The opinions expressed by columnists are their own and do not necessarily represent the views of Townhall.com. 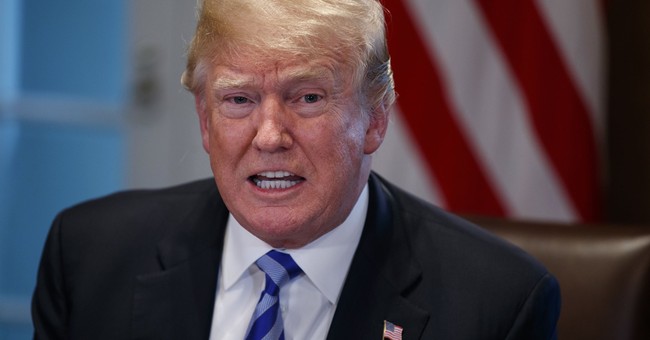 If you want to understand the moral sickness at the heart of leftism, read the first paragraph of the most recent column by Washington Post columnist E. J. Dionne:

"It's never right to call other human beings 'animals.' It's not something we should even have to debate. No matter how debased the behavior of a given individual or group, no matter how much legitimate anger that genuinely evil actions might inspire, dehumanizing others always leads us down a dangerous path."

Let's begin with the first sentence: "It's never right to call other human beings 'animals.'"

This is so self-evident to Dionne that he adds, "It's not something we should even have to debate."

Only someone who has never debated the issue could make such a claim.

So allow me to debate the assertion.

My view is the antithesis of Dionne's. As I see it, it is not right to never call another human being an "animal."

Calling the cruelest among us names such as "animal" or any other "dehumanizing" epithet actually protects humans. The word "beastly" exists for a reason and is frequently applied to human beings. By rhetorically reading certain despicable people out of the human race, we elevate the human race. We have declared certain behaviors out of line with being human.

Biologically, of course, we are all human. But if "human" is to mean anything moral -- anything beyond the purely biological -- then some people who have committed particularly heinous acts of evil against other human beings are not to be considered human. Otherwise "human" has no moral being. We should then not retain the word "inhumane." What is the difference between "he is inhumane" and "he is an animal"? Both imply actions that render the person no longer human.

Dionne provides his answer at the end of the paragraph: "dehumanizing others always leads us down a dangerous path."

He provides not a single argument or illustration for this truly absurd comment.

Anyone who refuses to "dehumanize" the Nazi physicians -- who, with no anesthesia, froze naked people for hours and then dropped them in boiling water to rewarm them; put people in depressurized rooms where their eardrums burst, driving them out of their minds from pain; rubbed wood shavings and ground glass into infected wounds, etc. -- is, to put it very gently, profoundly morally confused.

What would Dionne have us call those Nazi physicians -- "not nice," "badly flawed," "evil"? Why is rhetorically ostracizing them from the human race "a dangerous path"? He doesn't have an answer because he lives in the left's world of moral-sounding platitudes. Leftism consists almost entirely of moral-sounding platitudes -- statements meant to make the person making them feel morally sophisticated. But based on their relative reactions to the sadists of the MS-13 gangs, I trust Donald Trump's moral compass more than E. J. Dionne's.

It is ever dangerous to use dehumanizing rhetoric on people? Of course -- when it is directed at people based on their race, religion, ethnicity, nationality or any other immutable physical characteristic. The Nazis did what they did to Jews and others because they dehumanized them based on their religious/ethnic/racial identity. That's why racism is evil. But why is it dangerous to use such rhetoric on people based on their behavior? By equating labeling the cruelest among us "animals" with labeling Jews "animals," Dionne cheapens the fight against real evil.

I once asked Rabbi Leon Radzik, a Holocaust survivor who had been in Auschwitz, what word he would use to characterize the sadistic guards in the camp. I will never forget his response: "They were monsters with a human face."

Incredibly, Dionne would not agree with him.