Yes, Muslims Should Be Asked to Condemn Islamic Terror

Dennis Prager
|
Posted: Jan 05, 2016 12:01 AM
Share   Tweet
The opinions expressed by columnists are their own and do not necessarily represent the views of Townhall.com. 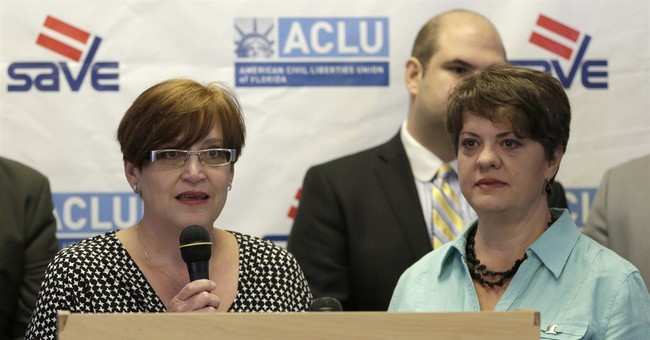 Last week, an opinion piece appeared in The Washington Post that tells you much of what you need to know about the moral fabric and intellectual depth of the ACLU and much of the left.

Written by Rana Elmir, deputy director of the Michigan chapter of the ACLU, the title says it all: "Stop asking me to condemn terrorists just because I'm Muslim."

Here is how her column begins:

"As an American Muslim, I am consistently and aggressively asked -- by media figures, religious leaders, politicians and Internet trolls -- to condemn terrorism to prove my patriotism.

Even putting aside her refusal as a Muslim to condemn the greatest organized evil in the world, her misleading rhetoric is revealed by another aspect of the opening sentence.

It is not to "prove [her] patriotism" that people ask her to condemn Muslim mass murder, torture and sexual enslavement. It has nothing to do with patriotism.

Decent people (including many decent Muslims) make this request for three other reasons: One is to ascertain the moral/religious views of that Muslim. The second is to ascertain how widespread Islamist views are among Muslims. And the third reason is to have as many Muslims as possible condemn Islamist violence in the hope that Muslims considering supporting or engaging in terror will think twice about doing so.

It is the most logical request people of goodwill can make when they ask Muslim spokespeople to react to atrocities committed by Muslims in the name of Islam. How else are non-Muslims to assess Islam and Muslims?

If the Spanish Inquisition were taking place today, wouldn't every Catholic spokesperson be asked if they condemn it? Of course.

But there is a difference. No one would have to ask Christians to condemn mass murder committed by tens of thousands Christians in the name of Christ. Millions of Christians would have already spoken out and demonstrated against such a thing.

Or take Jews' reactions to the 1994 murder of 29 Palestinian Arabs by a religious Israeli Jew, Baruch Goldstein.

The Israeli prime minister at the time, Yitzhak Rabin, in an address to the Israeli parliament, said to the Knesset:

"You [Goldstein] are not part of the community of Israel... You are not partners in the Zionist enterprise. You are a foreign implant. You are an errant weed. Sensible Judaism spits you out. You placed yourself outside the wall of Jewish law... We say to this horrible man and those like him: you are a shame on Zionism and an embarrassment to Judaism."

Even the Jewish Settler Council, of which Goldstein was a member, declared that what Goldstein had done was "not Jewish, not humane."

Israel's Sephardi chief rabbi said, "I am simply ashamed that a Jew carried out such a villainous and irresponsible act." And the Ashkenazi chief rabbi, Yisrael Meir Lau, labeled the murders "a desecration of God's name" -- which is the worst sin a Jew can commit.

The then-chief rabbi of the United Kingdom, Jonathan Sacks, declared: "Such an act is an obscenity and a travesty of Jewish values."

And all these Jewish condemnations were in reaction to the action of one Jew.

In 1982, rogue Lebanese Christian militiamen killed at least 800 Palestinians in two refugee camps, Sabra and Shatila, in the Beirut-area. Though no Israelis participated in the killings, Israel held itself responsible because it was the occupying power in that area at that time. In addition, approximately 400,000 Israelis -- about 10 percent of the Israeli population -- protested against their own government. It was the largest demonstration in Israel until that time.

That is what civilized and moral people are expected to do -- condemn those who murder in their name.

But, according to the ACLU official, such civilized, moral behavior is not expected of Muslims.

Rather, in the age-old left-wing habit of reducing evil through moral equivalence, Elmir writes:

"Just as [an American] I have never been asked to condemn Dylann Storm Roof's attack on parishioners of a historic black church in South Carolina, Robert Dear's attack on a Planned Parenthood facility, the murder of 20 children at Sandy Hook Elementary School, or the slaughter of moviegoers in Colorado or Louisiana, I will not be bullied into condemning terror perpetrated" by Muslim terrorists.

So there you go. If you ask Muslim spokespeople to condemn women in burqas, Muslim honor killings, Muslim annihilation of Christian communities in the Middle East, the massive support in Muslim countries for killing any Muslim who converts to another religion, or even the atrocities of Islamic state, al-Qaida, Boko Haram, al-Shabab, or the myriad other Muslim mass murder organizations, you are a bully. You are the guilty party.

That is one of the more remarkable moral inversions of our time.

But such is the moral universe of Elmir and the ACLU.

FBI Seizes Phone of GOP Congressman
Spencer Brown
Pelosi on FBI Raid: No One Is 'Above the Law'
Leah Barkoukis