A Society that Venerates Lawyers More than Doctors 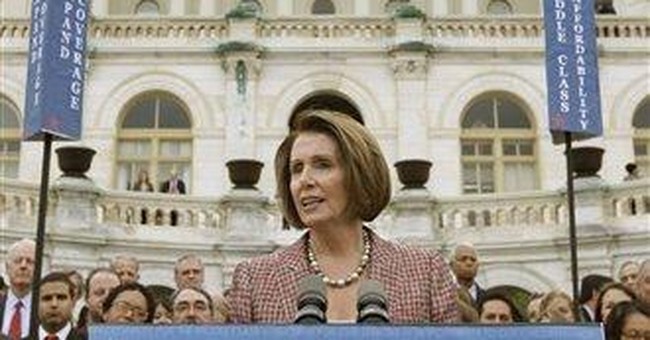 Those of us who are not true believers in expanded government are certain of the following:

If the 1,990-page House Health Care Bill becomes law, the average American will receive worse health care, American physicians will decline in status and income, American medical innovation will dramatically slow down and pharmaceutical discoveries will decline in number and quality. And, of course, the economy of the United States will deteriorate, perhaps permanently.

However, we are also certain that there is one American group that will thrive -- trial lawyers. The very existence of a 1,990-page law guarantees years of, if not more or less permanent, lawsuits. And the law actually specifies that states that do not limit attorneys' fees in cases of medical malpractice shall be financially rewarded. What we are seeing here, therefore, is something unprecedented in our history: Many trial lawyers will earn as much as most physicians, and fewer and fewer physicians will earn as much as successful trial lawyers.

Nothing better illustrates the reorientation -- indeed, the transformation -- of values that will take place if the Democrats' health care legislation is passed. Thanks to trial lawyer/Democratic influence, for decades, we have been moving in the direction of litigation-based society. But with a Democratic health care bill, the movement will accelerate exponentially.

Much of our money, our innovation, our creativity and our ingenuity will gravitate from medicine to law.

Young people who wish to make a good living -- and even talk themselves into believing that they are also doing good for society -- will opt for trial law over medicine. As far back as memory goes for living Americans, a young person who wished to do well, as well as do good in life, would likely choose medicine as a profession if he were bright enough and willing to put in the great number of hours necessary.

In the last generation, many of the brightest chose finance -- as it turned out, another often unproductive and often destructive arena -- to make a lot of money while believing that they, too, were doing a lot of good for society.

With the financial professions in trouble and in some disrepute, and medicine being financially and socially devalued -- doctors are increasingly called "health care providers" (along with nurses, physician's assistants, lab technicians, etc.; they're all the same) -- law, especially trial law, will be seen as offering the most opportunities for making a great deal of money.

No rational person argues that society doesn't need law or lawyers, or that all lawyers, even trial lawyers, do no good. That is certainly not what is being argued here.

This is part of the upside-down world the left is bequeathing to us and our children in the name of health care "reform."