Why Are So Many Women Depressed? 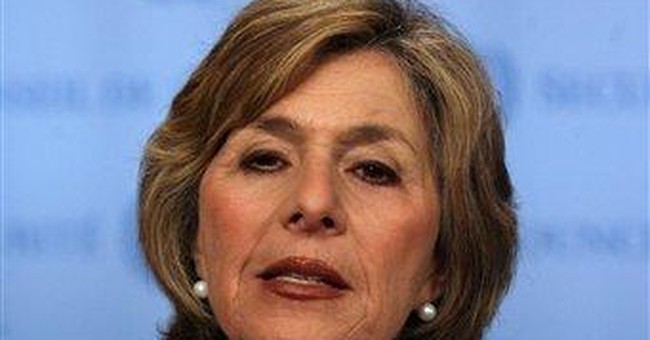 It is widely reported that women suffer depression at twice the rate of men. Apparently, more women are clinically depressed than ever before. On the assumption that these assessments are true, the question anyone interested in the subject -- which means anyone who cares about any woman -- asks is, why?

In a recent column I offered one explanation -- the impossibly high expectations for happiness that feminism created for many women.

There are other possible explanations.

One is the way in which many girls have been raised.

As every wise person and wise culture in history has known, it is impossible to attain any happiness without conquering one's nature. This is, of course, equally true for boys and girls, men and women. However, along with feminism arose a belief in the superiority of female nature. One result of this has been the suppressing of many male instincts -- both negative and positive -- along with little or no suppression of negative female instincts.

Societies and parents always knew that it was imperative to teach boys to control two aspects of their male nature -- their sexual desires and their predilection for violence. So all of us decent men were taught from a young age to touch a woman sexually only with her permission and to channel our physical aggression into sports or into helping to fight evil by joining a police force, or the military, or by being prepared to physically defend innocents. Men who did not learn to control these aspects of male nature not only became bad men, they became unhappy men. Happiness is attainable only when we control our nature and not when our nature controls us.

Societies and parents also always knew that it was imperative to teach girls to control their natures -- in particular their predilection to be ruled by their emotions. Women who allowed their emotions to rule them not only became destructive (to members of their families first and foremost), they became unhappy women.

However, with the advent of contemporary feminism and other social trends that coincided with the rise of feminism -- among them the elevation of compassion over standards, the great emphasis placed on feelings, the rejection of patriarchy and the devaluation of traditional masculine virtues (like subdued emotional expression) -- female nature came to be seen as far less in need of discipline than male nature.

So, while society continued to teach boys to control themselves, it stopped teaching girls to do so. Girls' emotions and feelings were inherently valuable. And denying this was attacked as sexist, if not misogynistic.

Consequently, the women many of these girls grew into lacked the ability to control their natures, to control their emotions, or their moods, and therefore lacked the facility to engage in the self-control necessary for happiness and the avoidance of depression.

Another aspect of feminism that has probably contributed to many women's unhappiness was the rejection of femininity. Feminism was more often the celebration of masculine virtues (for women only, alas) than the celebration of feminine virtues. The latter were usually dismissed as weak, passive, underachieving or even oppressive. There are scores of examples. One is the rejection of feminine dress -- a girl who attends class at almost any high school or college wearing a skirt or dress is an anomaly. Another is coarse speech. A generation ago, men refrained from using curse words in front of women. Today many young women curse as readily as men (I have probably seen more women than men drivers make an obscene gesture at other drivers). Such behaviors were inconceivable when women were expected to act feminine. And, of course, the "liberated" female's celebration of casual sex, throughout history associated with male nature, is the antithesis of femininity.

This loss of femininity may well have contributed to many women's depression. Though in our foolish age femininity is often identified with weakness, it was in fact empowering for many women, giving them a distinct power and identity that was unavailable to men. Women are not generally happy being largely indistinguishable from men.

Which brings us to yet another cause of unhappiness among women -- the effects of all the above on men. Women are generally happier when they have a good man in their lives. And by "good man," I mean not only devoted and kind, but masculine as well. Yet the prevailing egalitarian doctrines have conspired not only to undermine femininity in women but masculinity in many men. Just as women were supposed to forge feminine virtues, men were supposed to relinquish masculine virtues, which have been derided as sexist, oppressive, patriarchal and, therefore, anachronistic.

However, once again, things did not work out for many women as feminism had led them to expect they would. The dearth of masculine men has not brought most women happiness, but unhappiness. Those who do not believe this should simply ask single adult women looking for a husband what their greatest problem is with the men they meet. "They are not men," is the single greatest lament. Not "they are not egalitarian enough" or "not sensitive enough."

The 1960s ushered in The Age of Hubris, a time of almost unprecedented levels of conceit that one knew better than all previous generations how to order life, that almost everything inherited from the past was just plain wrong and outdated. For this hubris we have paid, and will continue to pay, a steep price. And many women, untrained in subduing darker aspects of their natures, deprived of the female joy of femininity and increasingly deprived of men (as opposed to boys), are feeling the brunt of these losses. They call it depression.