The New Edge of Intolerance

Debra J. Saunders
|
Posted: Feb 04, 2017 12:01 AM
Share   Tweet
The opinions expressed by columnists are their own and do not necessarily represent the views of Townhall.com. 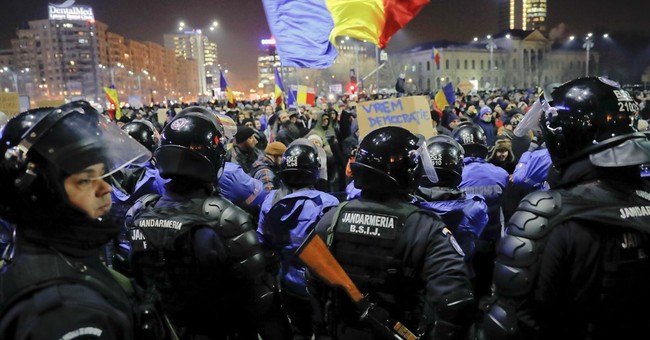 WASHINGTON -- Last weekend, Uber CEO Travis Kalanick informed his employees that he would stay on President Trump's economic advisory council, even though he, like much of his staff, vehemently opposed many Trump platforms. By Thursday, Kalanick resigned from the panel.

The ride-sharing czar's swift reversal is a sign of the divide widening across America. We are becoming a country where partisans not only don't talk to each other anymore, soon they won't dine together anymore either.

Trump's executive order banning travel from seven Muslim-majority countries brought the situation to a head. Across the country, protesters flocked to airports, including New York's JFK where cab drivers were engaged in a strike.

Uber blocked its surge pricing for protesters traveling to and from the airport. Cabbies protested. It didn't help that Kalanick was on the Trump panel. The Twitter hashtag #BoycottUber was born. Some 200,000 customers reportedly deleted their Uber apps.

It didn't matter that Kalanick had announced that he would bring up the startup's objection to Trump's so-called Muslim ban. Uber's policy had been to have a "seat at the table" in the U.S. and China and Malaysia.

"Joining the group was not meant to be an endorsement of the President or his agenda, but unfortunately it has been misinterpreted to be exactly that," Kalanick wrote in a memo to his team.

Was his participation misinterpreted -- or was the boycott campaign, as I suspect, proof of the opposition's efforts to isolate the new president?

--Before the election, Silicon Valley's ubiquitous left tried to get billionaire venture-capitalist Peter Thiel kicked off Facebook's board because he donated $1.25 million to a pro-Trump super PAC. That effort failed. This go-round, the "resistance" has a scalp.

--A source familiar with Uber says the ride-sharing giant ended this week with more customers than when the week started. Message: Walking away from the Trump table is good for business.

--By pledging to donate $1 million to the ACLU, ride-sharing rival Lyft was able to capitalize on the #BoycottUber campaign. Hoover Institution fellow Bill Whalen predicts there will be more instances of corporations "using Trump as a wedge to hurt" the competition.

--Who uses Uber? "Urban millennials," answered Democratic pollster Paul Maslin. They're affluent and younger - the sort of consumers any business wants -- and "pretty forceful and fierce in resistance to all things Donald Trump."

If Democrats can't beat Trump in the Electoral College, they just may succeed in squeezing the pocketbooks of his supporters. That's the whole idea. "You can't simply protest," Maslin said from his Madison, Wisconsin office. "Scott Walker's still governor."

So, if you're one of those people who worries about the widening divide in American political discourse, steel yourself. "The issue here is not free speech," Whalen warned. "It's lack of interactive speech." If you sit at Trump's table, be forewarned, you could end up eating alone.