Debra J. Saunders
|
Posted: Nov 20, 2016 12:01 AM
Share   Tweet
The opinions expressed by columnists are their own and do not necessarily represent the views of Townhall.com. 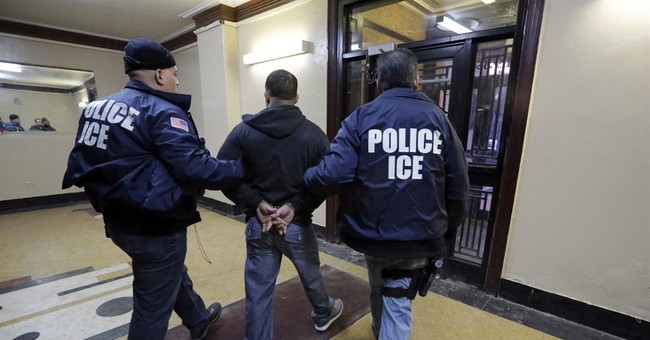 Donald Trump understood something that many Washington insiders missed. Many Americans and some naturalized citizens bristle at elected officials constantly defending the rights of non-Americans to migrate here illegally -- and to be rewarded for breaking the law with a path to citizenship. Toward that end, and in deference to his campaign promises, Trump seems primed to deport undocumented immigrants and withhold some federal funds from sanctuary cities like San Francisco.

Trump has dispensed with some of his magical thinking. For example, Trump has ditched his one-time (but impossible to fulfill) promise to deport all 11 million undocumented immigrants.

Now he says he would focus on 2 million or more undocumented immigrants with criminal histories. That is, his focus now is on mainstream ideas that the news media can brand as extreme only at the peril of their credibility.

Trump told "60 Minutes" he wants to "get the people that are criminals and have criminal records, gang members, drug dealers. We have a lot of these people; probably 2 million, it could even be 3 million. We are getting them out of the country or we are going to incarcerate." It's hard to call that position "extreme" when it lines up with President Obama's direction to Immigration and Customs Enforcement to focus on removing undocumented immigrants with serious criminal records. Under Obama, ICE's Priority Enforcement Program has targeted convicted criminals who threaten public safety or national security.

The big difference, I suspect, will be that Trump means it when he says he will deport "criminal aliens," and Obama didn't really mean it. After all, if Obama truly believed in deporting criminal aliens, he would have challenged sanctuary cities like San Francisco that protected repeat offenders from ICE.

But the Obama administration failed to challenge a 2013 San Francisco ordinance that protected Juan Francisco Lopez Sanchez from being turned over to ICE. Lopez Sanchez had been convicted of seven felonies and deported five times when San Francisco District Attorney George Gascon dropped a decades-old marijuana charge and then-Sheriff Ross Mirkarimi released Lopez Sanchez rather than hand him over to ICE, as ICE requested. Weeks later, authorities charged the Mexican national for the shooting death of city resident Kate Steinle. Lopez Sanchez has pleaded not guilty.

Trump is likely to borrow from past legislation introduced by Sen. David Vitter, R-La., to pull federal funding from sanctuary cities because, Vitter argues, "sanctuary cities will continue to exist until there are tangible penalties in place."

What we don't know is if Trump will try to be as tough on sanctuary cities that simply shield undocumented crime victims from being reported to ICE -- which seems reasonable -- as he should be on San Francisco, with its extreme stance on defending career criminals who are in the country illegally. California's state law also shields repeat offenders from ICE. The TRUST Act policy sends a message that people can live in America illegally and continue to break laws without having to face the consequences.

The problem for the next president: If repeat offenders figure they can evade deportation by fleeing to "social justice" havens, then it will be harder for immigration officials to target the worst threats to public safety.

There is also a principle involved here. "As a lawyer for 60 years and a judge for 10," Superior Court Judge Quentin Kopp recently told me, "I'm a believer in the law. That's why I don't understand accepting, much less rewarding, disregard of the law." That's a pretty basic belief. If the cream of Washington understood that contract, then perhaps Donald Trump would not be president-elect.