Debra J. Saunders
|
Posted: Feb 14, 2016 12:01 AM
Share   Tweet
The opinions expressed by columnists are their own and do not necessarily represent the views of Townhall.com. 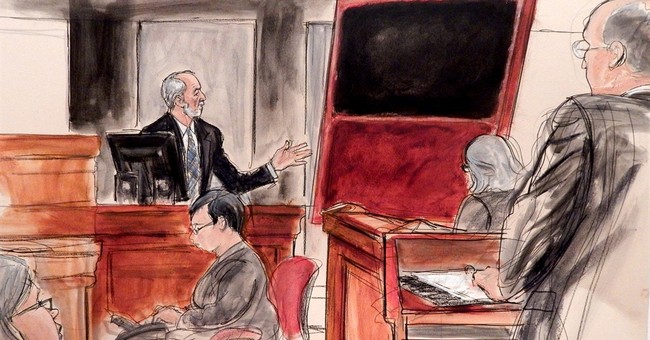 Trending
When he initially retired from the system in 2011, there were 173,000 inmates in the state's prisons, California Secretary of Corrections and Rehabilitation Scott Kernan told The San Francisco Chronicle editorial board at a meeting in Sacramento on Thursday. While Kernan was running his consulting business, the number of inmates dropped dramatically.

A panel of three federal judges had ordered California to reduce its prison population to alleviate overcrowding. The U.S. Supreme Court upheld the three-judge fiat in 2011. Gov. Jerry Brown's "realignment" plan shifted the burden of incarceration for nonviolent, nonserious and nonsexual offenders from state prisons to county jails. In 2014, California voters passed Proposition 47, which downgraded many property and drug crimes from felonies to misdemeanors and took effect retroactively. Thousands of state inmates were released into the general population. There are now about 127,000 inmates in the state system, Kernan said, and the system is "ready to be changed."

With 40,000 fewer inmates, you would think that the state prison budget might be the rare area of government spending to go down. And you would be wrong. The Brown administration promised billions in savings, but those savings never materialized. The state prison and realignment budget was $9.5 billion in 2011-12. Last year, it was $11.8 billion -- $2 billion more than what the state spent before the release of inmates, and $4 billion more than what the Brown administration predicted.

It would have been "considerably higher," more than $1 billion annually, without the inmate reductions, said Kernan. Mandated pay increases and spending on inmate health and mental health care (also ordered by -- all bow -- federal judges) were cost drivers. The notion that taxpayers would save billions over the years, Kernan argued, was "an unreasonable expectation."

Brown has a new plan to reduce the prison population even further. He has drafted a ballot measure, "The Public Safety and Rehabilitation Act of 2016."

"The initiative should be entitled 'The Dangerous Streets Act: A Retreat to Lenient Sentencing of California's Violent and Serious Criminals,'" former GOP Gov. Pete Wilson wrote in an email he sent out to pro law enforcement Californians. "If passed, it will undo the protections that were enacted to safeguard Californians from becoming crime victims in the '70s, '80s and '90s."

Like Wilson, Michael Rushford of the tough-on-crime Criminal Justice Legal Foundation sees Brown's plan as an evisceration of California's landmark Three Strikes Sentencing Law and the state's Victims' Bill of Rights -- both successful ballot measures that enhanced penalties for repeat offenders. They believe that realignment and Prop. 47 have led to the release of too many bad guys.

Rushford's shop crunched the latest FBI crime statistics for California cities that filed them and found a 12.9 percent increase in violent crime and 9.3 percent jump in property crime in what were essentially the first six months that Prop. 47 was in effect.

'One year does not make a trend'

Chuck DeVore, a sentencing reform advocate with the Texas Public Policy Foundation and a former California legislator, is aware of the uptick in California crime. "Of course the statistics are troubling," he told me. "No one wants to see violent crime go up." But: "One year does not make a trend. It's something you've got to look at." It's too early to tell.

Good point. Maybe the crime bump will recede, and 2015 was an anomaly. But maybe it won't. Kernan himself said it is too early to tell if Prop. 47 is behind the crime bump. Given that crime is up, now is this the absolute worst time to put forth a ballot measure to reduce the sentences of serious repeat offenders.

Once again, Brown promises big savings if his sentence-reduction measure passes. But as Kernan noted, the big savings are in shuttering prisons -- and that hasn't happened yet.

It has been my experience that the public view on the criminal justice system often lags behind reality. Presidential hopeful Bernie Sanders, for example, has railed about governments incarcerating young people for smoking marijuana. According to the California Department of Corrections, .2 percent of state inmates are serving time for selling marijuana or possession for sale. I don't think marijuana should be an illegal substance, but I also know offenders have to do far more than smoke a joint to make it into a California penitentiary.

The governor's approach doesn't make any sense. I appreciate that he wants to put more money into rehabilitation, but can't he wait to discern the effect of incarcerating 40,000 fewer inmates? I asked Wilson why he thought Brown is pushing this new measure. "He's in his last term," Wilson answered. "He's not going to run again. At least not for governor."