Debra J. Saunders
|
Posted: Jan 26, 2016 12:01 AM
Share   Tweet
The opinions expressed by columnists are their own and do not necessarily represent the views of Townhall.com. 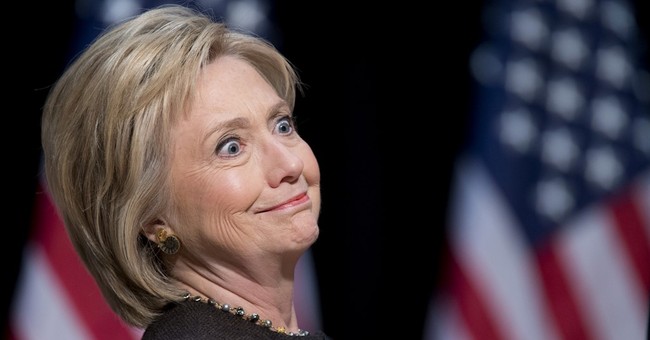 When Bernie Sanders hits rival Hillary Clinton for taking humongous speaking fees from big banks -- notably the $675,000 Goldman Sachs paid her for three speeches while she eyed the Oval Office -- he struck Clinton's Achilles heel. Both the former secretary of state and her husband, former President Bill Clinton, have cashed in since they left the White House in 2000. The New York Times reported last year that the Clintons earned $139 million from 2007 to 2014. The Clintons' focus on accumulating wealth clouds their judgment.

Start with a basic political fact: Many voters believe Wall Street got off too painlessly for its role in the financial collapse of 2008. Many Democrats blame big banks. So if you know you are going to run for president in the Democratic primary, you probably don't want financial giants paying you five times the American median household income for one speech. It makes you look beholden to fat cats, because -- earth to Hillary -- most human beings are grateful when someone gives them six figures for a talk.

"You don't think they expect anything in return?" "Meet the Press" host Chuck Todd asked Clinton on Sunday. "Absolutely not," Clinton answered. She said she took on the big banks as a U.S. senator.

A 2013 Politico story paints a different picture. After questioning attendees of a Clinton Goldman Sachs speech, Politico reported, "What the bankers heard her to say was just what they would hope for from a prospective presidential candidate: Beating up the finance industry isn't going to improve the economy -- it needs to stop."

Now, I happen to agree with the sentiment that Washington should work with Wall Street to promulgate regulations that protect the public without hampering commerce. But her acceptance of Wall Street money taints any concession she might make to financial markets. You know her sympathy lies with plutocrats when she told Diane Sawyer two years ago that Bill Clinton and she left the White House "dead broke."

Democratic primary voters want a nominee who understands the hurdles they face. It's hard to think Clinton understands problems of the middle class when in 2014 as she was crisscrossing the country taking on "income inequality," she charged UCLA $300,000 for a speech. (A private endowment paid the tab with funds that, I assume, otherwise would benefit students. Team Clinton explained $300,000 was her special "university rate." Goldman Sachs paid less.)

Defenders are free to mention Republican ex-presidents who charged hefty speaking fees. George W. Bush reportedly fetches $100,000 to $175,000 for a speech. Clinton, however, breaks the mold by cashing in before winning the Oval Office. Check writers are looking ahead, not behind, with a reasonable expectation of friendly treatment.

Clinton also charged a University of Nevada at Las Vegas endowment $225,000 for a 2014 speech. I keep wondering whether she thought of speaking at public universities free of charge -- maybe because she believes in higher education. And because she wants to fight income inequality. But first, she takes care of No. 1.