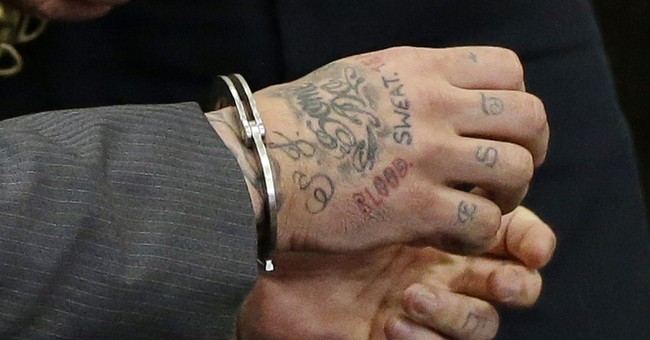 "Crime drops to new lows," read Tuesday's San Francisco Chronicle headline for a story about historic lows in crime statistics, nationally as well as in the Bay Area. I hope you enjoyed that headline, because it could be the last time you will read it for at least a decade. Though violent crime rates dropped in California in 2014, some property crime is rising. Some fear that changes in California law that have led to increases in property crime eventually could result in a rise in more serious offenses.

The good news of lower crime rates is especially amazing for California, where in 2011 Gov. Jerry Brown's realignment program reduced the state prison population by 27,400 (from a total of 163,000) by shifting the responsibility for incarcerating low-level felons from the state prisons to county jails. Critics had predicted "blood on the streets," but a new Public Policy Institute of California report found Brown's brainchild "did not increase violent crime." The bad news: Authors Magnus Lofstrom and Brandon Martin estimate that California's auto theft rate is about 17 percent higher than it would have been without realignment.

I don't know that I trust crime statistics, given some retailers' failure to apprehend shoplifters. As San Francisco Chronicle columnist C.W. Nevius reported last weekend, security staff members at a local Safeway often don't intervene in cases of in-your-face shoplifting. A security guard told Nevius that if someone swipes merchandise worth less than $1,000 (actually $950), it is just a misdemeanor. "We don't usually do anything," he said. If retailers are letting people shoplift, then they're not reporting thefts to the authorities and property crimes are more prevalent than statistics show. "I'm an economist," PPIC's Lofstrom told me. "The incentive to report this particular crime, shoplifting, is decreasing over time."

"This is not a new phenomenon, Debra," Chuck DeVore, a former California GOP lawmaker, told me. DeVore now heads the Texas Public Policy Foundation and is a driver of the conservative movement to reform the criminal justice system. "Some of this can be traced to the litigiousness of society."

In November, voters approved Proposition 47, which downgraded drug possession and many property crimes -- including theft of goods worth under $950 -- from felonies to misdemeanors. What a gift to shoplifters. And it's no coincidence San Francisco saw a 47 percent spike in car break-ins in the first half of this year. Michael Rushford of the pro-enforcement Criminal Justice Legal Foundation is especially critical of the $950 cap because it effectively downgraded the theft of most guns to a misdemeanor.

As Rushford sees it, career criminals know the rules and change how they break the law in order to avoid hard time. Police, in turn, know that misdemeanor offenses are less likely to lead to meaningful prison sentences. It's human nature for some cops to put less shoulder into investigating low-level crimes. (Case in point: San Francisco police did not open an investigation into the June 27 theft of a federal agent's gun from his car until investigators linked the gun to the July 1 shooting death of Kate Steinle on Pier 14.) Realignment and Prop 47, Rushford said, mean authorities release habitual offenders "until people get hurt."

Alameda County District Attorney Nancy O'Malley opposed Prop 47 when it was on the ballot. In a piece in the San Francisco Chronicle, she warned that the measure would take away incentives to push drug offenders into treatment programs. Stealing a gun should not be a misdemeanor. Ditto the possession of date rape drugs, which are used to sexually assault women. O'Malley told me she hopes California cops don't fall into the rut of believing there's no reason to take these kinds of cases seriously. Her office is pursuing misdemeanors aggressively.

Still, O'Malley worries because when someone commits a low-level crime and nothing happens, offenders start to feel "kind of invincible." Their bad behavior tends to "escalate," and "it becomes violent."

Over the years, I've supported reforms to reduce federal sentences for low-level nonviolent offenders and steer drug users out of incarceration. Still, I feared realignment would protect habitual offenders from incarceration and Prop 47 would signal that California had given up on the fight with "low-level" crimes. The numbers are startling. Lofstrom estimates that there are 35,000 fewer inmates because of the two measures.

If I were Gov. Brown, I would push the Legislature to reform Prop 47 by making gun theft and possession of a date rape drug a felony (or even a possible felony). I'd ask law enforcement officials what they can do to make sure that low-level offenders don't believe they can get away with shoplifting, car theft and stealing bicycles. Because if crooks in California are not afraid, law-abiding voters will be.