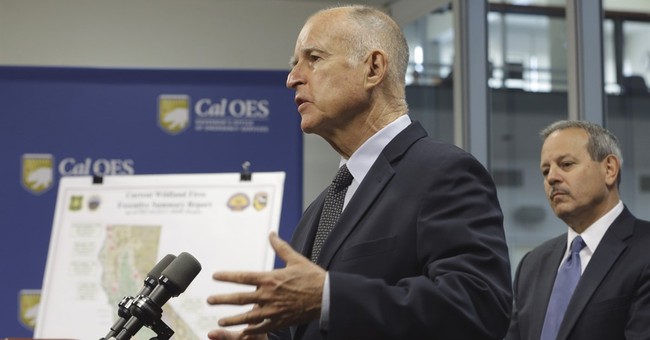 California Gov. Jerry Brown convened a special session of the Legislature to fix a $1 billion shortfall in health care funding -- and the bill the Legislature sent to his desk would legalize physician-assisted suicide.

Supporters of the measure made this argument last week: The Legislature needed to pass the End of Life Option Act because if it were not to become law, then advocates would place a similar measure on the ballot. Voters would be sure to adopt such a measure, but if it created unforeseen problems, the Legislature might face hurdles trying to correct errors embedded in an inflexible ballot measure. "We should be making those decisions," Assemblyman Luis Alejo argued on the Assembly floor.

You would never guess that state Sens. Lois Wolk and Bill Monning couldn't get the votes earlier to pass their own "death with dignity" bill out of the Assembly Health Committee because of opposition from fellow Democrats. So in a special-session gut-and-amend-style maneuver, supporters put the Wolk-Monning language into a special-session bill. Then the leadership put different lawmakers in the special-session health committee. In short, the leadership steamrolled opposition to pass a bill that could not have survived the usual legislative process Alejo holds so dear.

Republican Assemblyman James Gallagher tried to block the new measure on the grounds that it is not germane to the health care-funding special session. The Assembly outvoted him 41-28, so he must be wrong.

Most Republicans voted against the End of Life Option Act. I've heard from readers who believe this is hypocritical -- as Republicans usually oppose government intrusion on personal decisions. They don't realize that physician-assisted suicide laws put the state in the business of regulating suicide -- a sad choice made by some 40,000 Americans annually as it is.

Democrats who spoke in opposition to the measure fear that their constituents will receive less medical care if Brown signs it. Assemblywoman Cheryl Brown spoke of her husband's battle with ALS. Doctors predicted he would be dead a decade ago. "Had he done what this bill wants him to do, he'd not be here" today, she said, to see and enjoy his grandchildren and great-grandchildren.

"As soon as this is introduced, it immediately becomes the cheapest and most expedient way to deal with complicated end-of-life situations," Aaron Kheriaty, director of the University of California, Irvine School of Medicine's medical ethics program, told The New York Times. "You're seeing the push for assisted suicide from generally white, upper-middle-class people, who are least likely to be pressured. You're not seeing support from the underinsured and economically marginalized. Those people want access to better health care."

Assemblywoman Lorena Gonzalez said that a few years ago, she would have answered yes if a pollster asked whether she supported legislation modeled after Oregon's Death with Dignity Act. After all, she believes in "choices." But as she thought about it, she realized some things. "There's no hospital in my district," she said. "Care is through community clinics." She resents the spin this summer that suggested that if you were a Southern California Latina and opposed the bill, it was because you're Catholic. The real issue at play here is, she said, "there aren't a lot of communities like mine in Oregon." Her big fear is not that her constituents will get too much health care but that they will get too little.