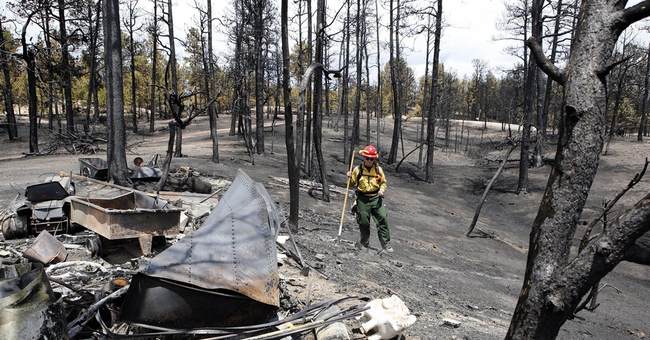 Trending
After what became known as the Moonlight Fire burned some 65,000 acres in the Sierra Nevada in 2007, the California Department of Forestry and Fire Protection decided that Sierra Pacific Industries was responsible for the damage. The culprit, regulators charged, was a friction spark from a bulldozer operating on Sierra Pacific land. Cal Fire fined the timber company $8 million to pay for related costs. Because the fire burned more than 40,000 acres of national forest, the federal government also went after Sierra Pacific's deep pockets; in 2012, Sierra Pacific agreed to a settlement that entailed paying the feds $47 million and giving Uncle Sam 22,500 acres of forestland.

That's how the system should work, you probably are thinking, and I would think that, too -- except that Superior Court Judge Leslie C. Nichols tossed the state's case, citing a lack of solid evidence. Last year, he ruled that the government's case was "corrupt and tainted. Cal Fire failed to comply with discovery obligations, and its repeated failure was willful." The judge charged that the state destroyed evidence and "engaged in a systematic campaign of misdirection with the purpose of recovering money from Defendants." Call it robbery by fiat. If the judge is right, government watchdogs didn't care who the guilty party actually was, as long as they could cash in.

Cal Fire is appealing. Communications director Janet Upton told me that Cal Fire disagrees with the judge and that "all those things will be addressed if (Cal Fire has) the opportunity to take the case to trial."

Meanwhile, the judge was so appalled that he ordered Cal Fire to pay Sierra Pacific more than $32 million. That sort of judgment just doesn't happen in the real world. It has emboldened Sierra Pacific to go to federal court and ask Uncle Sam for its money back.

Why did Sierra Pacific settle with Washington? "The federal government was demanding $1 billion from us," Chief Financial Officer Mark Emmerson told me.

Sierra Pacific is a large, family-owned corporation -- the second-largest lumber company in the country and the largest landowner in California. Even for a large corporation, it seems, the might of the federal government is daunting. Given the damage the U.S. attorney's office could do and given the federal government's considerable resources, a settlement for an appreciably lighter penalty made sense -- especially after the timber executives observed a federal judge's pretrial rulings.

Meanwhile, the state court battle opened some doors for the timber lawyers. As The Wall Street Journal reported, when Sierra Pacific's team questioned the bulldozer driver, he denied that he had confirmed the location where the spark started the blaze as state investigators had reported. A former fire litigation attorney for the U.S. attorney's office for the Eastern District of California signed a 15-page declaration in which he charged, under penalty of perjury, that prosecutors and state regulators had withheld information about the fire's origin. E. Robert Wright also suggested criminal charges might be appropriate. A second federal prosecutor quickly bailed from the case.

"We strongly dispute the truth of Sierra Pacific's allegations, which constitute unfair attacks upon the integrity of hardworking and valued public servants. The Government's response is due Feb. 17, 2015. We look forward to our opportunity to present to the Court a more complete and accurate version of what actually occurred in this case," U.S. attorney's office press officer Lauren Horwood told me in a statement.

The judge was especially harsh on the office of state Attorney General Kamala Harris. In his 47 years as an attorney and judge, Nichols wrote, he had never seen an instance "in which the conduct of the Attorney General so thoroughly departed from the high standard it represents, and, in every other instance, has exemplified."

Harris has announced that she plans to run for the U.S. Senate seat being vacated by fellow Democrat Barbara Boxer. A judge has accused her office of falling down on the job and fined Cal Fire more than $32 mil -- and she wants a promotion? I talked to her press office to find out what the attorney general had to say about the case. As of my deadline, no one had anything to say.

Gov. Jerry Brown's office referred me to Cal Fire. If there is a burning concern in Sacramento to find out whether state lawmakers and federal lawmen misbehaved, then state pols are keeping unnaturally quiet about it.

The case next goes before U.S. District Judge William B. Shubb, who will consider Sierra Pacific's request for a federal refund. In a brief filed Thursday, Sierra Pacific lawyers maintain: "The prosecutorial misconduct associated with the Moonlight Fire matter was not comprised of mistakes on the periphery. It was not the consequence of episodic errors of judgment. Instead, it was systematic, pervasive, and purposeful, with each act aimed at affecting the administration of justice through the use of a thoroughly corrupt investigation designed to frame these defendants."

I'll be watching for a simple reason: (SET ITAL) If (END ITAL) Sierra Pacific is right, (SET ITAL) if (END ITAL) state and federal officials engaged in what essentially was a shakedown against a powerful corporate giant, is there anything they wouldn't do to a small business or a humble head of household?