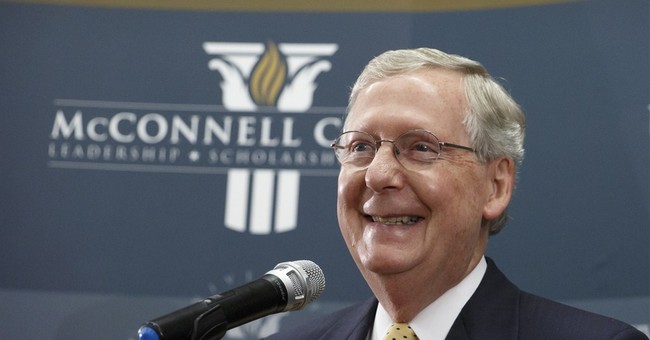 Two big losers weren't on the ballot. San Francisco billionaire Tom Steyer's super PAC, the NextGen Climate, blew through $65 million to help Democrats who agree with him on climate change. His money may have helped Sen. Jeanne Shaheen, D-N.H., retain her seat, but he threw $20 million at Florida's Republican governor, Rick Scott, and Scott still won. Steyer went after GOP challengers to Sens. Kay Hagan, D-N.C., and Mark Udall, D-Colo., and the Republicans won. Climate change got frozen out.

The big winner is Senate Republican leader Mitch McConnell. Beltway sages had predicted either his fall or a narrow victory. McConnell won by a 15-point margin.

California Democrats hear McConnell's name and reflexively associate it with his infamous assertion, "The single most important thing we want to achieve is for President Obama to be a one-term president." Though Obama and Sen. Dianne Feinstein later asserted that McConnell made that pronouncement when Obama was newly elected, McConnell uttered that sentence in an interview with National Journal's Major Garrett in October 2010 -- right before the midterm elections.

Do not make the mistake of believing that McConnell is a ruthless partisan gridlock lord of the same stamp as Senate Democratic leader Harry Reid. A victorious McConnell told reporters he wants to work on areas of agreement with Obama. Right now, he complained, the Senate "doesn't do anything. We don't even vote." Quoth McConnell: "We're going to go back to work and actually pass legislation."

McConnell prefaced his news conference with a plan to improve the Senate with a more open amendment process and stronger committees. Senators and staffers have to spend more time in Washington hashing out their differences. That's a marked difference from Reid. Best of all: McConnell laid out the same ideas on the Senate floor in January -- right after Reid invoked the "nuclear option" and changed Senate rules to eliminate filibusters for executive branch and judicial nominees. Rather than promise to bring a gun to Reid's knife fight, McConnell proposed constructive change.

In that address, McConnell cited as his ideal Senate leader Mike Mansfield, a Democrat who took the gavel in 1961 and spent "16 years restoring the Senate to a place of greater cooperation and freedom."

On Wednesday, McConnell told reporters, "There will be no government shutdowns." McConnell is such an adult that Sen. Ted Cruz, R-Texas, the head scout in last year's failed bid to "defund Obamacare," pointedly refused to endorse McConnell as GOP leader in a recent Washington Post interview.

The question is: With an adult across the table, will Obama act like Cruz or like McConnell?