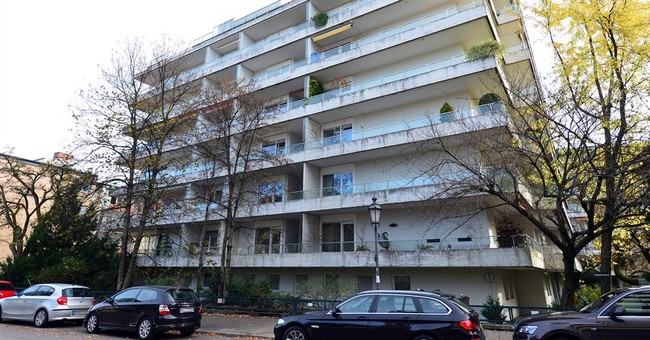 If ever there was a city built on the bedrock belief that the government should stay out of the bedroom, it is San Francisco -- unless you own the bedroom. Then you are not free to do whatever you want with the bedroom, because people who are not owners control what you can do with your own property.

Ergo, if you want to rent out a spare bedroom in your flat or, Goddess forbid, a standalone unit to tourists via Airbnb, VRBO or a similar platform, you might run into the long arm of the law. On Wednesday, San Francisco City Attorney Dennis Herrera filed complaints against two landlords for renting to tourists. That's a no-no because "short-term rental scofflaws" cut into the city's "scarce residential housing stock" when they rent to out-of-towners.

The press-savvy Herrera didn't go after a family that decided to rent out junior's basement bedroom while he is in college. Instead, he shrewdly cited "two egregious offenders," landlords who evicted tenants -- two of them disabled -- under the Ellis Act; then, in violation of the law, they allegedly rented out their property for hundreds of dollars a night.

Herrera was so surgical that even Airbnb lauded the lawsuits with this statement: "If a small number of predatory landlords are abusing platforms like ours to illegally evict tenants in search of a quick buck, we wholeheartedly support efforts to bring those landlords to justice and applaud the City Attorney for his actions."

Does the city have the right to tell homeowners and landlords what they can and cannot do with their property? Alas, yes. Zoning laws restrict certain neighborhoods to residential use. The planning code prevents the rental of residential apartments for periods of less than a month.

San Francisco's rent control laws are supposed to protect about 172,000 residential units by capping rent increases and curbing evictions. That system, Herrera contends, is threatened by owners who want to cash in on the so-called sharing economy by renting to out-of-towners by the night or the week.

One of the landlords Herrera is suing is Darren Lee, who bought a two-unit tenant-occupied Pacific Heights property in 2004 and then evicted the tenants under the Ellis Act. According to the complaint, one tenant, who had lived in the building for more than 10 years, was paying $1,087 per month for a four-bedroom, three-bathroom apartment in 2006. A family that had rented the other unit for two years paid $2,200. After the evictions, the Ellis Act capped what Lee could charge for those units at the old rents (plus inflation) until 2011.

Think about that. How do the economics work for the owner of a building in which the maximum rent for a four-bedroom, three-bath apartment in Pacific Heights is $1,100? Ted Gullickson of the San Francisco Tenants Union answered, "If you have rent control for a long time, you most likely had the same landlord for a long time." If the owner paid off the mortgage, the owner makes a profit.

And what kind of people would buy such a building?

"Speculators are typically the ones who will buy those buildings," Gullickson answered.

Bingo. When regulations interfere with the ability to make a reasonable profit, cautious investors step back, and risk takers jump in.

According to the complaint, Lee illegally rented out the apartment for as much as $595 per night. (Lee did not get back to me, but he told reporter Bob Egelko that the complaint is based on "wrong information." He now has a long-term tenant.)

Board of Supervisors President David Chiu has proposed legalizing short-term rentals for owners who live in their units 75 percent of the time and pay the city's 14 percent hotel tax. His proposal sounds reasonable enough, and if it were to pass, it would allow the city attorney to go after nonresident landlords but not homeowners. Gullickson supports it. He believes that people who rent out space in their own homes are less likely to host bachelorette party weekends and other riffraff.

Will it help maintain the city's stock of affordable housing? To my thinking, building more housing is the answer there.

If you believe in property rights, Chiu's ordinance offers a beginning. It took the hated tech community, with its freewheeling share economy, to remind City Hall about the simplicity of freedom. When you own something, you ought to be free to choose what to do with it.