Life Gets Better; Politics Get Worse 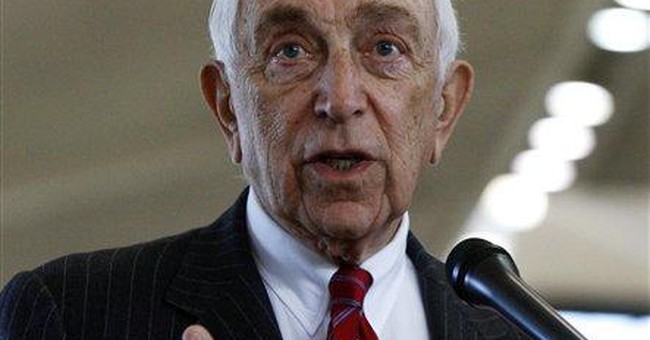 Trending
"High school, for me, it sucked," Kristel, a 27-year-old lesbian who grew up in Honolulu, confided in her videotape; it was "kind of a hostile environment." The good news is: "These people who treat you like crap now, in a few years, they're not going to matter."

Kristel's video is part of the "It Gets Better" project, started by a gay Seattle couple, Dan Savage and Terry Miller, who use YouTube to tell troubled gay and lesbian youths that their lives will get much better when they grow up.

It's a great idea -- conceived by two individuals seeking to give hope to anguished teens. They used the power of free speech in a way that might prevent suicides like that of 18-year-old Rutgers University student Tyler Clementi, who killed himself after a roommate allegedly videotaped and broadcast Clementi having an intimate encounter in his dorm room. Now for the bad idea -- and it goes to the sort of opportunistic overkill that follows tragedies like Clementi's.

Sen. Frank Lautenberg, D-N.J., has seized on this story to advocate for a new federal law. Lautenberg hasn't written a bill yet, but his office sent out a press release announcing "a new legislative effort to ensure that colleges and universities have in place anti-harassment policies, which are not currently required by federal law." It also would require schools that receive federal funds "to recognize cyberbullying as a form of harassment."

Why? I asked his office. Rutgers already has a student code of conduct with a list of offenses that can lead to expulsion. The list includes "intentionally or recklessly endangering the welfare of any individual" -- but more to the point, "making or attempting to make an audio or video recording of any person(s) on University premises in bathrooms, showers, bedrooms, or other premises where there is an expectation of privacy with respect to nudity and/or sexual activity." Under "prohibited conduct," Rutgers lists "cyberbullying."

"I was a little puzzled" by the Lautenberg press release, Robert L. Shibley, senior vice president of the Foundation for Individual Rights in Education, told me. "As terrible as the Tyler Clementi case was -- and it was -- it was already forbidden by harassment policies that every university in America has on the books."

And: "You don't need a new law to know that that's illegal." In fact, New Jersey prosecutors have charged two students with two counts each of invasion of privacy.

Shibley is concerned -- and rightly so -- that a new law would "attempt to ban speech that is protected by the First Amendment." Wouldn't be the first time a student code of conduct was used to stifle politically incorrect speech. In 2007, a San Francisco State University student board filed a complaint against conservative students who held an "anti-terrorism rally" -- at which they stepped on Hamas and Hezbollah flags -- because they exhibited "hateful religious intolerance."

When I mentioned that Rutgers already has the policies Lautenberg advocated, spokeswoman Gail Ribas responded, "It would be a national law."

No, it would be a national imposition. It would be another feel-good bill that a headline-happy senator offered without appearing to have asked himself whether the law would be redundant, necessary or likely to help. Like so much that comes out of Washington these days, it would be clutter.