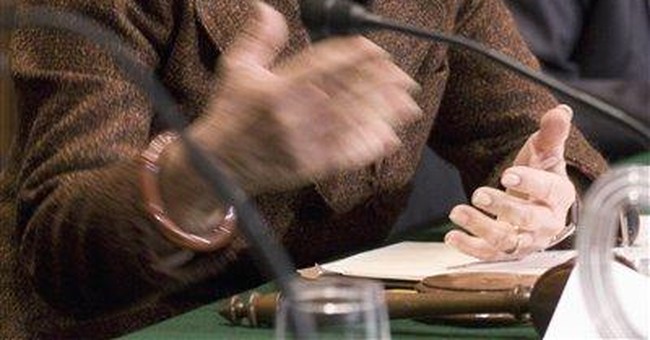 The U.S. Senate defeated an amendment last week to restrict taxpayer funding of abortions under Obamacare. Sen. Barbara Boxer, D-Calif., voted against the measure, arguing that it would require women to buy special riders to purchase abortion coverage.

In defending her no vote, Boxer argued that male senators were doing to women something they would never do to men. Quoth Boxer: "The men who have brought us this don't single out a procedure that's used by a man, or a drug that is used by a man that involves his reproductive health care, and say they have to get a special rider. There is nothing in this amendment that says if a man someday wants to buy Viagra, for example, that his pharmaceutical coverage cannot cover it, that he has to buy a rider. I wouldn't support that."

That quote illustrates why Washington cannot be trusted to overhaul health care.

For starters, Viagra does not involve reproductive health care, as Boxer suggested. A man who uses Viagra probably shouldn't be thinking about reproducing, unless he wants company for his grandkids.

What is more, abortion is not health care. It's a reproductive choice -- a legal choice that Congress, since 1977, has chosen not to subsidize.

Senate Majority Leader Harry Reid argues that in defeating the amendment by Sen. Ben Nelson, D-Neb., the Senate did not authorize the use of taxpayer funds for abortions, but Nelson doesn't see it that way. Nelson thinks the Senate opened the door for government-subsidized abortion. That means Nelson's much-needed Democratic vote might not be there for the final bill for Obamacare.

Now, it's true that Viagra and other erectile dysfunction drugs are designed to remedy the symptoms of specific physiological disorders. But if you watch TV, you know that the pharmaceutical industry none too subtly has been peddling enhanced sexual performance for healthy men.

In fact, while Boxer may say she objects to making men find a plan that covers ED drugs, the folks at Medicare tell me that Medicare does not pay for Viagra or other drugs for erectile dysfunction. (Yes, Medicare used to pay for ED drugs, but no more.) If men want Viagra, they either have to pay for the prescription themselves or find a private plan that covers their ED drug of choice.

Which makes Boxer's Viagra/abortion analogy all that much more, well, limp.