Rally Round the Flag 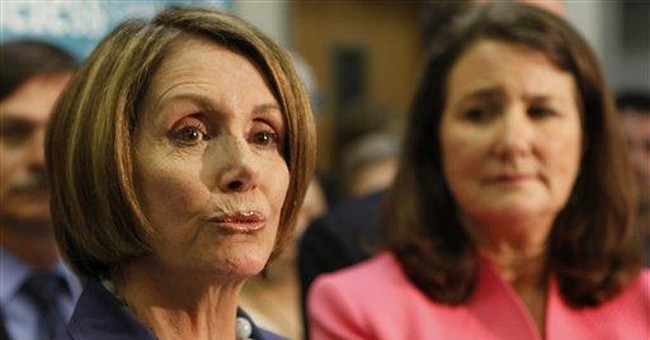 Imagine it's four years ago and an aide to President Bush posted a blog on the Whitehouse.gov website that bemoaned Internet criticism of the Iraq war, then continued: "These rumors often travel just below the surface via chain emails or through casual conversations.

"Since we can't keep track of all of them here at the White House, we're asking for your help. If you get an email or see something on the web about anti-war protests that seem fishy, send it to flag@whitehouse.gov.''

Substitute the words "health insurance reform" for "anti-war protests," and you get the exact wording of a blog posted by Macon Phillips, the White House director of new media, on Tuesday.

"I can only imagine the level of justifiable outrage had your predecessor asked Americans to forward e-mails critical of his politics to the White House," Sen. John Cornyn, R-Texas, wrote in a letter to President Obama. "I suspect that you would have been leading the charge in condemning such a program."

No lie. Now I don't think Obamaland was working on an "enemies list" -- as some conservatives have charged. But I do want to note how deftly the left has abandoned its old rallying cry, "Dissent is patriotic."

Democratic leaders have taken to dissing health care dissenters who show up at town-hall meetings conducted by members of Congress visiting their districts -- and not just for the boorish behavior of the loudmouths.

And: "You in the media have to take a look at what's going on here. This is all planned. It's to hurt our president and it's to change the Congress."

When Boxer grilled Secretary of State Condoleezza Rice about what personal price the childless Rice paid for the Iraq War, Boxer later boasted that she was "speaking truth to power." But when angry voters try to do the same with elected officials, whether they're heckling them or just showing up, Boxer wants the media to investigate.

It's laughable: Democrats discrediting protests because -- oooooo -- they're organized. Last year, weren't these same folk guffawing about Jesus being a community organizer?

I want to be clear: I want nothing to do with any protesters who carry swastikas, hang our leaders in effigy or show up to disrupt when a duly elected official speaks. Over the years, I've seen too many signs depicting the president as a Nazi and too many extremists who think they are so right that they don't have to respect the free-speech rights of others.

The problem is: When anti-Bush protesters behaved badly, when Code Pinkers shouted and anti-war protesters brandished signs with swastikas, they did not rate nearly as much press scrutiny as the ObamaCare protesters. There seems to be the impression in my profession that comparisons of Bush with Hitler were to be expected, but not of Obama with Hitler. That's below the belt.

Asked about the blog asking readers to flag "protests that seem fishy," White House spokesman Adam Abrams responded that the intent was to combat "intentionally misleading" material on the president's health care agenda. "We are not compiling lists or sources of information," he added. "We may post fact checks from time to time to be sure Americans know the truth about health insurance reform."

Be it noted the "disinformation" blog -- titled "Facts Are Stubborn Things" -- was prompted by the posting of a video clip in which Obama, running for the U.S. Senate in 2003, said, "I happen to be a proponent of a single-payer universal health care program." Now Obama supports allowing people to keep their private plans. The White House cried foul at the very hint that Obama wants to "eliminate" anyone's current health care plan.

Politifact.com looked at the clip in July and summed up Obama's position on single-payer health care thus: "So what we see here is a candidate who in 2003 was trying to appeal to a liberal electorate and today has moderated his comments to appeal to a broader national audience. That's a Half Flip in our view."

Facts are stubborn things. But Democratic leaders are not stubborn. If the Bush White House had asked Americans to "flag" critics, you know that Pelosi and Boxer would have demanded that the Bushies spike that blog. But now, with their man in the White House, they're up with the organization. As long as it's their organization.