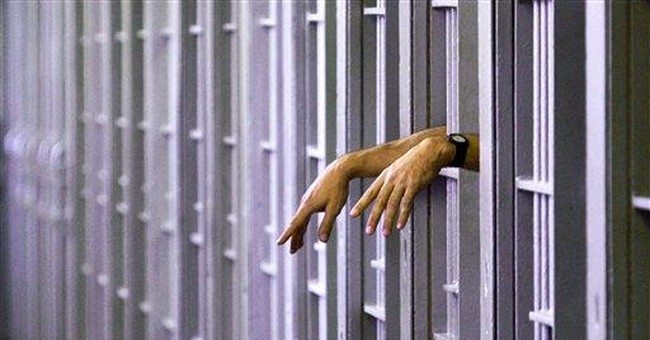 Even when the Ninth Circuit Court of Appeals does the right thing -- as it did Monday in denying convicted killer Kevin Cooper a hearing on yet another of his dubious appeals -- there is always a judge, or in this case five, on the court with an overly active imagination. And those judges don't help the court's results-oriented reputation.

On June 2, 1983, Kevin Cooper escaped from the California Institution for Men at Chino, where he was serving time under a phony name for burglary. He hid out at a Chino Hills home until June 4, when he broke into a nearby home, killed chiropractors Douglas and Peggy Ryen, their 10-year daughter, Jessica, and an 11-year-old houseguest, Christopher Hughes. Cooper also left 8-year-old Josh Ryen for dead, then escaped to Mexico.

Cooper later returned to California, where authorities arrested him after a woman reported that Cooper had raped her at knifepoint. In 1985, a jury convicted Cooper of the four murders and sentenced him to death.

Undaunted by the overwhelming evidence, the Ninth Circuit issued a last-minute stay of the execution based on Cooper's revised claim that San Bernardino authorities had planted Cooper's DNA. The court foolishly contended "an easily available test" for the blood-coagulant EDTA -- "will determine guilt or innocence."

At that time, forensics expert Edward T. Blake told me that it was virtually impossible to isolate a forensically significant level of EDTA. He called the court's move "an abuse of process" that undermined "a legitimate process that's out there to save people who are actually innocent."

Note: Blake is the guy whom Cooper's lawyers had hired to prove Cooper's innocence. Instead, Blake found, as he wrote in a court document, that the DNA tests "proved" that Cooper was the source of blood at the Ryen home, the source of DNA found on two cigarette butts found in the Ryen car, and the source of blood smears on a T-shirt also containing Doug Ryen's blood.

And Blake isn't the only Cooper team member to sour on Cooper. Former Pomona cop turned private investigator Paul Ingels told me Cooper "was screaming for DNA (testing). I went on a pilgrimage to get him his DNA. We got him DNA testing and all it did was confirm his conviction."

At issue here is a 101-page dissent, joined by four judges, in which Judge William Fletcher wrote that Cooper "is probably innocent of the crimes." Fletcher dismissed major evidence -- blood in the Ryen house, blood on a T-shirt, shoeprints, cigarette butts with Cooper's DNA found in the Ryens' car, the sheath of a hatchet used to bludgeon the victims -- as likely "planted by state actors."

Cooper's lawyers have long argued that three white men killed the Ryens and Hughes -- an argument Fletcher repeated. But for Fletcher's scenario to work, a number of law enforcement officers would have had to engage in a complicated fraud to frame an innocent black man starting in 1983 and continuing as late as the DNA testing in 2002. If Fletcher is right, a lot of cops should be under investigation -- then behind bars.

I asked Cooper's attorney Norman Hile if he had called for an investigation into this frame-up. "No," he answered. "We have tried to put on evidence as best we could in order to get Kevin released, and that's pretty much taken up our time."

According to court records, Cooper escaped 12 times from juvenile or adult jails. The California Supreme Court said prosecutors proved his guilt of a 1982 rape during the 1985 trial.

And he wants to be free.

Fletcher seems happy to oblige. In Fletcher's mind, the guilty are innocent after being proven guilty in a court of law, while the innocent -- people who risk their lives in the cause of public safety -- are presumed guilty without trial.