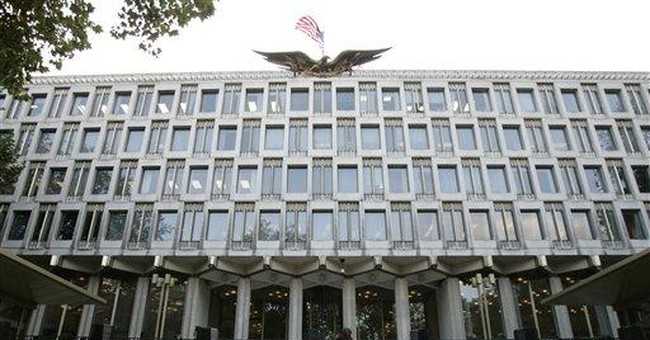 As reform measures go, Proposition 11 -- the redistricting reform measure -- is hardly a transformational law likely to supercharge activists (of any political stripe) eager to make Sacramento more effective and more accountable to the public. Proposition 11 is too complicated and too tame. Alas, it is the only measure on the November ballot that can improve the political climate in California.

See how low the mighty have fallen. If Proposition 11 does not pass, it will signal yet another victory for entrenched state lawmakers, as it will bolster the system in place since the last redistricting in 2001, when, as is their habit, state politicians passed a bill that allowed them to carve out their legislative districts and cherry-pick voters most likely to re-elect incumbents or replacements from the same party.

Unless voters put an end to the status quo and push for change after the 2010 census, Californians will be stuck with a setup that enables politicians to pick their voters, when democracy is supposed to be a system that allows voters to pick their politicians. Bob Stern, president of the Los Angeles-based Center for Governmental Studies and California's guru of good government practices, helped draft Proposition 11, which would establish an independent 14-member commission to draw legislative district boundaries. Stern noted that since the last redistricting plan passed in 2001, there have been more than 450 district elections in California. In all that time, only one seat has changed parties.

Think of all the political upheaval in California this decade. Yet the only party switch in the state Assembly, state Senate and California delegation in the House of Representatives occurred in 2006 when Republican Richard Pombo of Tracy lost his congressional seat to Democrat Jerry McNerney. "It shows how good they are," Stern observed -- referring not to how good state pols are at governing, but how effective they are at safeguarding their precious fiefdoms.

Proposition 11 would set up a independent panel to carve out districts only for California's 80 state Assembly seats, 40 state Senate seats and the five-member Board of Equalization. The mechanisms for selecting the panel seem about as convoluted as the weaning out process of a reality TV series. According to the secretary of state's summary of the constitutional initiative, government auditors select 60 registered voters from an applicant pool. Then legislative leaders select five Dems, five Repubs and four voters from neither major party. Three Democratic commissioners, three Republicans and three Neithers must approve the new boundaries.

Me? I'd rather see a panel of retired judges draw the lines -- as they so aptly did after the 1990 census, when GOP Gov. Pete Wilson vetoed a Democratic gerrymander plan and threw the hot potato to the white-haired robes. Stern notes that retired judges also did a fine job in the 1970s when the California Supreme Court appointed a panel of three to draw districts. Be it noted, minority groups fared quite well with retired judges, but in this politically-correct environment, reformers dare not put redistricting in the hands of a group that is largely old, largely white and largely male.

Hence, the convoluted 14-voter panel. Said Stern: "It's complicated, but it's fair and also it's not partisan." And: "The odds are against it because it's very difficult to pass something that's this processed oriented. It does take a lot of understanding to vote yes on this."

Better to concentrate on this basic argument that the Legislature cannot be trusted.

In the ballot argument against Proposition 11, opponents argue that this 14-member panel is unelected and hence unrepresentative. "If the party representatives don't go along, nothing gets done," warn the forces who are fronting for party biggies.

Hmmm. Nothing gets done? Sort of reminds me of this year's too-late, too-gimmicky, too-pricey -- and worst of all, utterly unbalanced -- state budget, in a way that will only make next year's budgeting even worse.