There’s No Substitute for Good Education

David Williams
|
Posted: May 10, 2018 12:01 AM
Share   Tweet
The opinions expressed by columnists are their own and do not necessarily represent the views of Townhall.com. 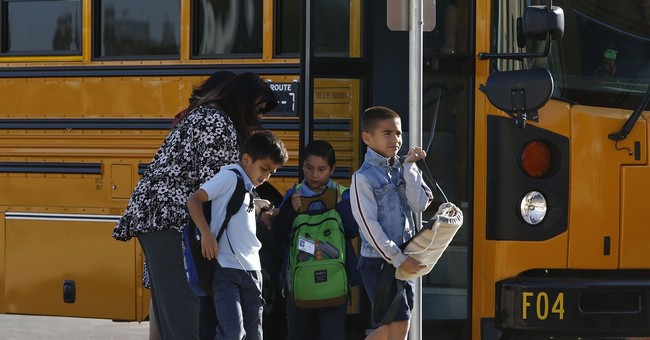 The recent wave of teacher walkouts and tense budget negotiations for teacher salaries across the country have highlighted the need to have regular instructors in classrooms for children to learn. Of course, there don’t have to be budget impasses or an organized walkout to have teachers absent from class.

Teachers, understandably, sometimes get sick or have pressing things that need to be taken care of during working hours, just as most people do with their jobs. When that happens, schools call in substitute teachers who do what they can to keep learning on track, but who, quite honestly, mostly manage to simply keep the kids in class until the school bell rings. Among students, sub days are largely regarded as in-school vacation, for good reason.

A certain amount of teacher absenteeism should be expected and tolerated but in the School District of Philadelphia (SDP) it is occurring at an alarming rate, according to a new report by Excellent Schools PA. Teachers in the city’s SDP-run public schools take sick and other sorts of leave more than 200 percent of the national average.

The SDP even has a program that pays teachers for unused sick and personal days, but that has done little to stem the spread of instructor absenteeism. On any given day, the district has to field substitute teachers for the 512 teachers who are absent. If SDP schools tracked closer to the national average, they would have to fill fewer than 250 slots a day.

The costs of this unofficial walk out, both in terms of dollars and educational achievement, are steep. There are, to start, the 512 substitutes that have to be brought in every day, multiplied by 180 school days in a year. The total bill to pay the teachers for days they aren’t working plus paying substitutes comes to $114.3 million a year.

As might be expected, there are horrible knock-on effects for the education of students. At schools with the highest rates of teacher absenteeism, the students also miss a staggering number of days as well and their education suffers. Many drop out, which is usually a ticket to low paying jobs, if any are available, and other social pathologies that plague the very poor.

There are a number of things that the SDP could do to try to fix this problem that need to be tried immediately. Currently, the payout for not taking these days comes at the end of one’s career rather than yearly. If the benefit was more immediate, more would be motivated by the quicker payout.

But it seems that, at the root, the problem is that a large number of teachers at the city’s SDP-run public schools simply do not want to go into work. That’s hard to fix with minor tweaks to incentive programs and it goes to a culture of frustration that has taken root in many of the city’s lackluster schools. That’s a difficult problem to solve.

One kind of school that is publicly funded but appears to have dodged chronic absenteeism is the city’s charter schools, where both teachers and students overwhelmingly show up eager to teach and learn. If the SDP can’t get its house in order on the chronic absenteeism and general poor performance of so many public schools, perhaps it’s time to expand charters and really give parents a choice in improving their children’s education.