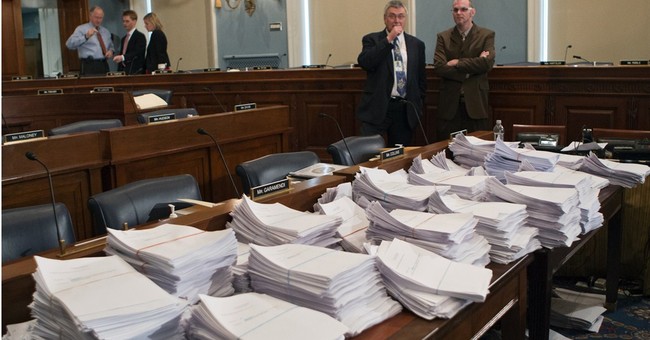 Throughout the history of the country, Congress has done some pretty dumb things and their recent abysmal approval ratings shows that the American public is losing faith. Not to say it’s an institution built on imprudent thoughts and actions. No. In reality it’s a venerable institution responsible for some of the most important legal, social and political advancements in modern history. But it’s hasn’t always been smooth sailing.

For example, Congress once earmarked $50,000 in taxpayer money to support a museum honoring mules? Congress also spent $1.9 million on a Center for Public Service that would eventually honor a member of Congress who was censured by the House for 11 ethics violations.

For a long time bad decision making and wasteful spending were hallmarks of Congress. But rarely do voters have the opportunity to see such confluence happening ahead of time. The current Farm Bill provides us with just such an opportunity. The Taxpayers Protection Alliance has been a vocal critic of the Farm Bill, but there is one provision that may make taxpayers smile, the repeal of the USDA Catfish inspection program. It’s a program that has spent $20 million four years and not inspected a single fish. It’s a program the Government Accountability Office has targeted five times as a waste. It’s a program that the former Chief Judge of the highest court of international trade says will result in not just a trade war but a lawsuit the U.S will lose. It’s a program that’s on track to spend $170 million making USDA do a job FDA is already doing.

And outside of a special interest lobby that wants to provide catfish farmers with a trade barrier to imported fish, who wants the program?

Doing away with this shrine to wasteful spending is supported by everyone from conservative Republicans to the “not so conservative” White House. The Wall Street Journal and The New York Times have opined in stereo about the absurdity of the program. When the Senate had the chance to vote on repeal the voice vote was deafening. And, the House passed repeal by a wide margin. It started with a handful of members of Congress. Then it was 25 and 50, then 150 and now opposition to the program is universal among members who rally around common sense.

Even politicians who “support” the program don’t support the program. When reporters come knocking defenders are otherwise engaged or out of town.

Is it money for mule museums? No. Actually it’s much worse because everyone knows about it and everyone knows it’s a waste and we have a real opportunity to kill it. No one supports it on any legitimate merits, yet Farm Bill conferees are still having to waste not just money but precious time debating its legitimacy.

The program itself and the unfortunate fact that everyone in Washington is talking about it shows the special interest handout culture that once permeated the hallowed halls of Congress lives. In this case that culture is illustrated, appropriately, by a bottom feeder.

It wastes millions and millions of tax dollars, its trade implications ironically hurt farmers and a clear bipartisan majority wants it done away with. Yet the Farm Bill conferees continue to debate, discuss and determine its future.

No wonder voters are fed up with Washington. Without putting too fine a historical point on it, this is one of those Congressional moments that is just plain dumb.