3 Health Care Stocks That Could Gain 50% or More

David Sterman  |  Nov 08, 2011
The opinions expressed by columnists are their own and do not necessarily represent the views of Townhall.com.
Top Columns
Trending on Townhall Media 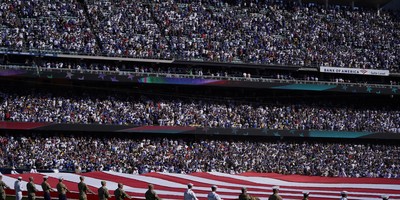 If you want to invest in health care, then wait 'til next year. That's what investors are saying after seeing their stakes in seemingly robust health care stocks fall from grace this year. But as the calendar turns over, I see three stocks in particular that have caught my eye as potential major rebounders. Each of these stocks has at least 50% upside if a few headwinds turn into tailwinds, regardless of how the broader economy fares. Here they are...

1.  Intermune (Nasdaq: ITMN)
When pursuing up-and-coming biotech stocks, it pays to focus on companies that have significant market opportunities. InterMune, which is targeting the idiopathic pulmonary fibrosis (IPF) market with its Esbriet drug, could well be looking at billion-dollar sales levels one day. To be sure, such a milestone is still several years away.

Esbriet has received European regulatory approval (which helped propel its stock to $35 late last year), but initial sales have been slow to build. Quarterly revenue remains below $10 million and is unlikely to top this mark before next spring. The slow ramp and concerns about Esbriet's efficacy have pushed shares down into the mid-$20s. Yet analysts say InterMune could build a real head of steam, ending 2012 with a $400 million annualized revenue run rate.

First, those efficacy concerns are starting to abate. At a medical conference in September, InterMune released fresh test data that show a measurable improvement in patient outcomes. After attending the conference, Brean Murray's Brian Skorney concluded a rising number of physicians intend to use Esbriet with their patients. "Shares remain substantially undervalued for a commercial organization with the first approved therapy for IPF and believe launch metrics will justify an upside move in the next 12 months," he said. Skorney sees shares rising to $50, nearly double the current price.

U.S. regulators haven't yet approved Esbriet, though recently-released safety data has sharply boosted chances of eventual approval. Any such announcement could quickly propel shares up toward Skorney 's target price.

2. Alere (NYSE: ALR)
This company, which changed its name from Inverness Medical Innovations in 2010, has long been an impressive growth story. Sales shot up from $487 million in 2006 to more than $2 billion in 2010, thanks to rising demand for its health-related diagnostic kits. The kits help consumers and doctors quickly learn of exposure to a range of infectious diseases, various cancers, drug abuse and women's health issues.

But the slowing economy has cooled demand for many of these tests, as consumers dial back discretionary spending on health care. Sales are expected to grow about 10% this year, but would have actually shrunk were it not for a few tuck-in acquisitions. This has pushed the stock down from about $40 this past spring to a recent $26. The forward earnings multiple, as a result, has now slipped below 10.

But a turn may be at hand. Alere delivered a better-than expected third quarter, highlighted by earnings per share (EPS) of $0.67 -- $0.08  ahead of consensus forecasts. A deeper look at the quarterly results reveals a clear trend: Diagnostic tests ordered up by doctors is showing rising demand, while consumer demand for at-home tests appears to be flattening. This trend is likely to continue if the company prevails in its bid to acquire Anglo-Norwegian Axis-Shield, which offers a range of professional diagnostic-testing services.

After the steady drop throughout 2011, shares now trade for just four times projected 2011 free cash flow (according to Goldman Sachs forecasts). The key to a rebound back to the $40 level is proof of sustained growth in 2012 and beyond. The just-released quarter is a start. A few more quarters like this, and investors are likely to warm up this stock once again.

3. Eresearch Technologies (NYSE: ERT)
I profiled this company 18 months ago after it had just made a major acquisition. During that time the provider of outsourced drug-testing services looked poised for robust growth. Back then, I suggested EPS could exceed $0.50 in 2011 and perhaps $0.60 in 2012. Well, I was being too ambitious. Company-wide gross margins have slumped, and the company has been slow to generate expected synergies from that 2010 acquisition (it bought the research division CareFusion (NYSE: CFN), in an $81 million deal). As a result, shares have fallen from $8 back then to a recent $5.

It now looks as if my analysis was actually accurate, albeit premature. Recent quarterly results, highlighted by a swelling backlog of a record $343 million, set the stage for an improvement in results in 2012. "FY12 is shaping up to potentially be a double-digit revenue growth year," predict analysts at Auriga Securities. They see EPS (finally) exceeding $0.50 next year and figure if the company can hit this mark, then shares could rise up to $9, more than 75% above current levels. Analysts at Dougherty & Co., however, have a more modest $7.50 price target, noting that the stock "is trading at a no-growth multiple though we expect the company to grow revenue at least in the mid single-digit percentage next year." Still, this would be nearly a 50% gain from current levels.

Risks to Consider: The health care sector is currently in flux. Any major reimbursement changes, either from the government or health maintenance organizations, could hamper these companies' ability to meet 2012 sales and profit targets.

Action to Take --> These three companies share one common trait: the past year has not played out as many had expected when the year began. But each of these companies, all of which have seen their stock fall steadily from a 52-week high, look to have at least 50% upside, and are poised for solid annual results in 2012 and beyond.

The articles orgonally appeared on StreetAuthority.