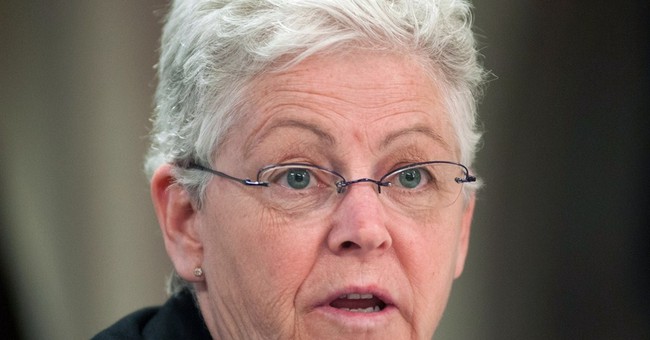 Editor's note: this column was co-authored by Craig Rucker.

Supported by nothing but assumptions, faulty computer models and outright falsifications of what is actually happening on our planet, President Obama, his Environmental Protection Agency and their allies have issued more economy-crushing rules that they say will prevent dangerous manmade climate change.

The new rules supposedly give states “flexibility” in deciding how to meet the mandates. However, many will have little choice but to impose costly cap-tax-and-trade regimes like the ones Congress has wisely and repeatedly refused to enact. Others will be forced to close perfectly good, highly reliable coal-fueled power plants that currently provide affordable electricity for millions of families, factories, hospitals, schools and businesses. The adverse impacts will be enormous.

The rules will further hobble a U.S. economy that actually shrank by 1% during the first quarter of 2014, following a pathetic 1.9% total annual growth in 2013. They are on top of $1.9 trillion per year (one-eighth of our total economy) that businesses and families already pay to comply with federal rules.

A U.S. Chamber of Commerce study calculates that the new regulations will cost our economy another $51 billion annually, result in 224,000 more lost jobs every year, and cost every American household $3,400 per year in higher prices for energy, food and other necessities. Poor, middle class and minority families – and those already dependent on unemployment and welfare – will be impacted worst. Those in a dozen states that depend on coal to generate 30-95% of their electricity will be hit especially hard.

Millions of Americans will endure lower quality of life and be unable to heat or cool their homes properly, pay their rent or mortgage, or save for college and retirement. They will suffer from greater stress, worse sleep deprivation, higher incidences of depression and alcohol, drug, spousal and child abuse, and more heart attacks and strokes. As Senator Joe Manchin (D-WV) points out, “A lot of people on the lower end of the socio-economic spectrum are going to die.” EPA ignores all of this.

President Obama says the costly regulations are needed to reduce “carbon pollution” that he claims is making “extreme weather events” like Superstorm Sandy “more common and more devastating.” The rules will also prevent up to 100,000 asthma attacks and 2,100 heart attacks in their first year alone, while also curbing sea level rise, forest fires and other supposed impacts from “climate disruption,” according to ridiculous talking points provided by EPA boss Gina McCarthy.

As part of a nationwide White House campaign to promote and justify the regulations, the American Lung Association echoed the health claims. The Natural Resources Defense Council said the rules will “drive innovation and investment” in green technology, creating “hundreds of thousands” of new jobs.

Bear in mind, the ALA received over $20 million from the EPA between 2001 and 2010. NRDC spends nearly $100 million per year (2012 IRS data) advancing its radical agenda. Both are part of a $13.4-billion-per-year U.S. Big Green industry that includes the Sierra Club and Sierra Club Foundation ($145 million per year), National Audubon Society ($96 million), Environmental Defense Fund ($112 million annually), Greenpeace USA and Greenpeace Fund ($46 million), and numerous other special interest groups dedicated to slashing fossil fuel use and reducing our living standards. All are tax-exempt.

As to the claims themselves, they are as credible as the endlessly repeated assertions that we will all be able to keep our doctor and insurance policies, Benghazi was a spontaneous protest, and there is not a scintilla of corruption in the IRS denials of tax-exempt status to conservative groups.

The very term “carbon pollution” is deliberately disingenuous. The rules do not target carbon (aka soot).

They target carbon dioxide. This is the gas that all humans and animals exhale. It makes life on Earth possible. It makes crops and other plants grow faster and better. As thousands of scientists emphasize, at just 0.04% of our atmosphere, CO2 plays only a minor role in climate change – especially compared to water vapor and the incredibly powerful solar, cosmic, oceanic and other natural forces that have caused warm periods, ice ages and little ice ages, and controlled climate and weather for countless millennia.

The terrible disasters that the President and other climate alarmists attribute to fossil fuels, carbon dioxide and other greenhouse gases are creatures of computer models that have gotten virtually no predictions correct. That should hardly be surprising. The models are based on faulty assumptions of every size and description, and are fed a steady diet of junk science and distorted data. We shouldn’t trust them any more than we would trust con artists who claim their computers can predict stock markets or Super Bowl and World Series winners – even one year in advance, much less 50 or 100 years.

The models should absolutely not be trusted as the basis for regulations that will cripple our economy.

Contrary to model predictions and assertions by the White House, average global temperatures have not risen in almost 18 years. We have now gone over eight years without a category 3-5 hurricane hitting the United States – the longest such period in over a century. Tornadoes are at a multi-decade low. Droughts are no more frequent or intense than since 1900. There were fewer than half as many forest fires last year as during the 1960s and 1970s. Sea levels rose just eight inches over the last 130 years and are currently rising at barely seven inches per century. There’s still ice on Lake Superior – in June!

This is not dangerous. It’s not because of humans. It does not justify what the White House is doing.

Asthma has been increasing for years – while air pollution has been decreasing. The two are not related. In fact, as EPA data attest, between 1970 and 2010, real air pollution from coal-fired power plants has plummeted dramatically – and will continue to do so because of existing rules and technologies.

For once the President is not “leading from behind” on foreign policy. However, there is no truth to his claim that other countries will follow our lead on closing coal-fired power plants and slashing carbon dioxide emissions. China, India and dozens of other developing countries are rapidly building coal-fueled generators, so that billions of people will finally enjoy the blessings of electricity and will finally be lifted out of poverty. Even European countries are burning more coal to generate electricity, because they finally realize they cannot keep subsidizing wind and solar, while killing their energy-intensive industries.

Then what is really going on here? Why is President Obama imposing some of the most pointless and destructive regulations in American history? He is keeping his campaign promises to his far-left and hard-green ideological supporters, who detest hydrocarbons and want to use climate change to justify their socio-economic-environmental agenda.

Mr. Obama promised that electricity prices would “necessarily skyrocket” and that he would “bankrupt” the coal industry and “fundamentally transform” America. His top science advisor, John Holdren, has long advocated a “massive campaign” to “de-develop the United States,” divert energy and other resources from what he calls “frivolous and wasteful” uses in support of modern living standards, and enforce a “much more equitable distribution of wealth.” The President and his executive branch bureaucrats are committed to controlling more and more of our lives, livelihoods and liberties.

They believe no one can stop them, and they will never be held accountable for ignoring our laws, for their corruption, or even for any job losses, deaths or other destruction they may leave in their wake.

Every American who still believes in honest science, accountable Constitutional government – and the right of people everywhere to affordable energy and modern living standards – must tell these radical ideologues that this power grab will not be tolerated.