David Limbaugh
|
Posted: Aug 11, 2017 12:01 AM
Share   Tweet
The opinions expressed by columnists are their own and do not necessarily represent the views of Townhall.com. 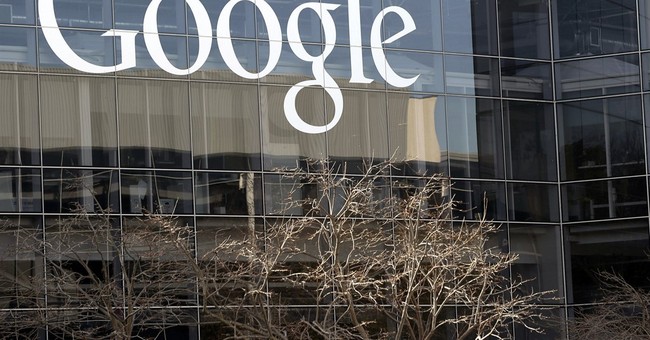 Google's firing of software engineer James Damore for daring to express politically incorrect ideas in an internal memo is the latest example of the political left's tyrannical propensity to suppress speech, thought and dissent.

Almost as troubling as the left's policing is its apparent obliviousness toward its own hypocrisy and the danger it poses to the liberal exchange of ideas. While constitutional issues may not be involved in the Google case because no state action is involved, moral shaming has become a chilling cudgel in the hands of leftist-dominated institutions.

In his memo, Damore notes that Google's political bias silences dissenting opinion supposedly to shield employees from offensive ideas and protect their psychological safety. "But shaming into silence," writes Damore, "is the antithesis of psychological safety. This silencing has created an ideological echo chamber where some ideas are too sacred to be honestly discussed."

Damore concedes that all people have biases but that open and honest discussion can highlight these biases and help us grow. He says he wrote the memo to encourage such a discussion about Google's biases, a discussion that is being silenced by "the dominant ideology."

Damore opines that both the political left and right have moral biases. "Only facts and reason can shed light on these biases," he says, "but when it comes to diversity and inclusion, Google's left bias has created a politically correct monoculture that maintains its hold by shaming dissenters into silence. This silence removes any checks against encroaching extremist and authoritarian policies."

He then details how this bias affects Google's explanation for the gender gap in the tech world and leadership positions: Its leftist bias tells it that the gap is due to differential treatment (discrimination and injustices). It then applies authoritarian measures that actually discriminate against men to achieve equal representation. This is the wrong approach, says Damore, because the gender gap is partially attributable to many biological differences between men and women, and because there are "non-discriminatory ways to reduce the gender gap."

Stated more simply, biologically based differences between the sexes in certain abilities and preferences, as opposed to gender bias and discrimination, are why there are fewer women in tech jobs and leadership positions. Redistributing these positions could be more harmful than helpful to employees and the company. We should think of people as individuals, not as interchangeable members of groups.

It's ironic that such leftist thinking purports to enhance the worth of women (or members of other allegedly victimized groups) but instead disrespects and devalues their human dignity by imposing groupwide remedies without regard to individual qualities and behavior.

We must recognize that Damore is making two separate but interrelated complaints. He is saying that Google is applying totalitarian groupthink to its gender bias problem and thus misanalyzing it; and that this same groupthink also prevents open and honest discussion of the problem by forbidding the expression of dissenting views.

It's one thing for Google honchos to strongly disagree with the thrust of Damore's substantive arguments concerning the reasons for the gender gap. But it's quite another for them to effectively ban dissent and summarily fire him for dissenting.

But this is nothing new for the left. For example, many leftists seek to ban debate on "climate change" through cultural fiat, declaring that an irrefutable scientific consensus has been established. In the name of science -- which by definition demands that such issues always remain open to challenge -- they shut down dissent. Similarly, they say certain views will not be tolerated on college campuses because they are offensive to certain people. On many of these same campuses, they commit violence to people and property to protest conservative speakers whose speech they think could lead to violence. Such preposterous thinking is as widespread as it is ludicrous. Through sophistry and semantic legerdemain, the left has ushered in an era of intellectual anarchy.

Leftists see themselves as stewards of enlightened thinking -- of liberal academic inquiry, tolerance and diversity -- but once again, they prove themselves to be Stalinist tailors of intellectual straightjackets who flagrantly violate the very spirit of free expression on which America was founded.

Leftists are ingenious manufacturers of twisted excuses to justify their indefensible actions. But intellectual honesty screams for an accounting in these cases. They might be fooling themselves into believing they are advancing the greater good, but they're not fooling those outside the intellectual prisons of their pride-spawned, self-congratulatory oppression.