The Pouting and Shouting Left Is Just Being Itself

David Limbaugh
|
Posted: Feb 24, 2017 12:01 AM
Share   Tweet
The opinions expressed by columnists are their own and do not necessarily represent the views of Townhall.com. 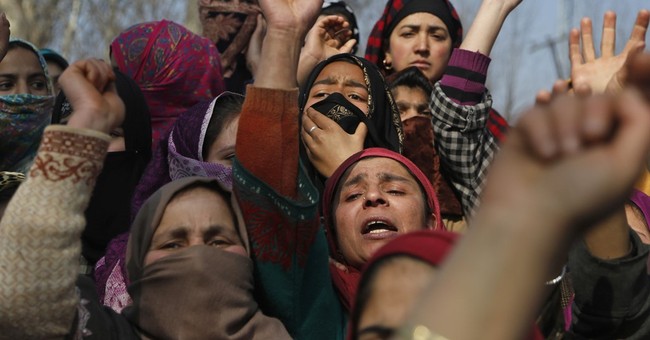 Trending
I'd almost forgotten how unreasonable the left can be when out of power, but liberals are giving us a daily refresher course, and it's almost hard to take seriously -- except we must.

They describe everything President Donald Trump does in hyperbolic terms. He's a fascist. He's destroying our liberties. He disrespects the rule of law. He represents a threat to humanity. He is going to start a world war. He is a danger to the freedom of the press. He needs to be impeached.

A few quick examples. America did fine for 240 years without a lawless federal mandate requiring all public school districts to allow transgender students to use bathrooms that match their gender identity rather than those that correspond with their actual gender. According to liberals, the world is coming to an end. Trump has dealt a devastating blow to this beleaguered group of people, and he's an ogre. In fact, Trump lawfully reversed a lawless order, which will result in leaving the matter to the states to decide. Far from harming this minuscule group, he is protecting all other people from the concern that they or their children will have to share the same bathroom with those of the opposite gender.

Sunsara Taylor, an activist with Refuse Fascism, appeared on Tucker Carlson's Fox News Channel program to rant maniacally about how Trump and Vice President Mike Pence are operating out of "Hitler's playbook." Trump, she said, "is more dangerous than Hitler ever could have been." She called Trump and Pence a "danger to humanity" but offered no evidence they had done anything to justify her ridiculous charges. From what I could tell, Taylor's main concern is that Trump is trying to advance a conservative agenda while in control of "the biggest nuclear arsenal in the world." Conservatism plus nukes apparently equals a clear and present danger to mankind.

Before you dismiss this as a one-off exception to normally rational behavior, consider that Rep. Keith Ellison of Minnesota -- who is vying to be chairman of the Democratic National Committee, no less -- said he is open to calls to begin impeachment proceedings against Trump. "I think that Donald Trump has already done a number of things which legitimately raise the question of impeachment," said Ellison. And Ellison is not an outlier. Rep. Maxine Waters, D-Calif., also called for Trump's impeachment, describing Trump's team as "a bunch of scumbags."

Such lovely tolerant liberals took to social media to attack first lady Melania Trump, mocking her accent and religion -- some calling her a whore, others a hostage -- because she recited the Lord's Prayer at a campaign rally.

The glaring irony with all this is that it is liberals who are hateful and intolerant, authoritarian and lawless. They are the ones who represent a threat to our liberties -- not Trump, Republicans or conservatives.

It's worth noting that almost every charge these breathless critics make against Trump is baseless and grounded on their irrational fears of what he might do rather than anything he's done. It's also remarkable that though these concerns are exaggerated when applied to Trump, many of them could have been accurately applied to President Barack Obama.

The dirty big non-secret is that the left isn't concerned about the rule of law or any alleged threats to liberty. Liberals are pouting (and shouting) because for once in their lifetimes, they are not getting their way. For once, someone in a position of authority is refusing to roll over to political correctness. For once, a powerful public official is holding his hands up against this bullying liberal juggernaut and saying: "Stop. We've had enough. The people have had enough. You are not going to steamroll us anymore. We aren't any longer going to look the other way when you ignore the law, when you use the courts and unaccountable administrative agencies to legislate your will, when you use holdover federal bureaucrats to thwart the will of the chief executive and when your biased media distort the facts and advocate a liberal agenda rather than objectively report the news. We are not going to cower at the demagogic cabal that says people aren't paying their fair share of taxes. We aren't going to be shamed as heartless or nativists for demanding secure borders and safe cities. We aren't going to accept your belittling for identifying the enemy, by name, that is at war with us and with Western civilization. We aren't going to accede to your narrative that radical Islamic terrorists are only at war with us because we provoke them, so we reject your mindless mantra that the prison at Guantanamo Bay is a recruiting tool for otherwise peaceful global citizens. We aren't going to passively ignore your own selective assaults on religious liberty -- on Christians. We aren't going to continue to allow you to dominate the public dialogue. We're finally fighting back -- not as some tit-for-tat pettiness but because we believe that we are doing the right thing, that your virtual monopoly on the culture has been devastating and that it's time to begin reversing the destruction you've wrought.

"But unlike you, we won't break the law in undoing your agenda and advancing ours. To us, the ends don't justify the means. We won't -- despite your projected concerns -- diminish the freedom of the press or the constitutional liberties of any other individuals or groups. We are going to aggressively pursue policies that are in the best interests of America and the American people. Please keep calling us crazy and displaying your true colors to the American people, and with any luck, we'll do even better in 2020, provided we persevere in standing up to your bullying and proceed with a pro-growth, pro-defense, pro-liberty agenda."