No, I Don't Believe Donald Trump Is a Conservative

David Limbaugh
|
Posted: Mar 22, 2016 12:01 AM
Share   Tweet
The opinions expressed by columnists are their own and do not necessarily represent the views of Townhall.com. 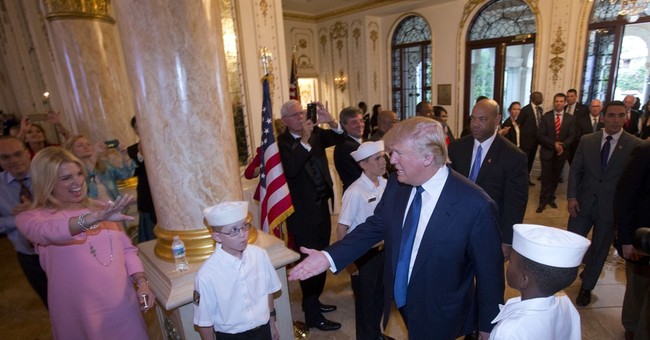 Trending
This short essay is in response to a friend who asked me to explain how Donald Trump is unacceptable to "movement conservatives."

Let's first acknowledge that many Trump supporters don't even claim to be conservative -- though others do -- and Trump himself is rather dismissive on the point, so they may consider this column a meaningless academic exercise. But a Trump supporter asked, so I'll try to explain.

Because I think my questioner was inquiring mostly about issues, I won't delve into Trump's apparent lack of presidential temperament and public deportment -- as reflected mostly in the debates and his speeches -- other than to suggest that they betray values that don't strike me as particularly conservative.

On the issues, Trump appears to have no ideological core. He can't sufficiently define "conservative" and, when pressed, says that even Ronald Reagan wasn't that conservative. Trump cites Reagan's earlier affiliation with the Democratic Party as his excuse for having supported liberal causes and politicians all his life, though unlike Reagan, Trump can never point to a personal conversion. He prefers to work with the uncompromising, extremist left, represented by Harry Reid and Nancy Pelosi, rather than defeat it.

But having no internal conservative antenna, what goals would he seek to achieve through his legendary negotiating wizardry? Indeed, many conservatives sense that Trump is not one of them because while he champions national sovereignty and patriotism, he evinces no understanding of conservative ideology and much less of the Constitution and its design of limited government. Under some political pressure, Trump promises to appoint strict constructionists to the Supreme Court, but there is no indication he has any real commitment to this vital principle.

It's not just that Trump, for a presidential candidate, is conspicuously ill-informed on political science and policy but also that he has no abiding allegiance to conservative policy solutions, as evidenced by his flip-flops, which are wider-ranging and more frequent than those of other notorious flippers. Even on his signature issue of immigration, he's exhibited a surprising openness to soften his positions. In any event, he is easily less reliable on this issue than Ted Cruz.

Movement conservatives are also uneasy with Trump's conflation of "Art of the Deal" business practices with conservative governance. Trump's success in creating thousands of jobs signals to conservatives that he is a friend of business, but it doesn't assure them that he comprehends the government's role (or lack thereof) in creating a job climate. Presidential statecraft isn't the same as private entrepreneurship. Government doesn't "create jobs"; it enacts policies and laws to remove the shackles of government so that the private sector can flourish on its own power. A private CEO is under different constraints than the president. Though Trump's acolytes boast that he "knows how to get things done," he won't -- and shouldn't -- enjoy the same latitude to operate as president.

Trump seems disinclined to laissez faire and too comfortable with a major role for the federal government on economic issues. More troubling is his support for tariffs and protectionism, which could significantly damage our economy. Tied to this issue is one of the most distressing developments of this campaign: the emergence of class warfare themes emanating from the "right."

Trump gives lip service to reducing spending and balancing the budget but offers few specifics; see his hollow promise to end fraud, waste and abuse. Experts believe that his fiscal plan would lead us into further debt. Having been coached to prepare a tax plan palatable to conservatives, he has made some progress here, but he is disturbingly open to punishing the "wealthy" through progressive tax policies -- which would add more fuel to class tensions and be counterproductive for the economy.

Trump stubbornly refuses to reform Social Security, which is on a collision course with national insolvency and cannot be "saved" by robust economic growth as Trump glibly contends. We have more than $100 trillion in unfunded liabilities with our entitlement programs, and no marginally informed person believes we can simply grow out of this inevitable train wreck. In refusing to acknowledge that or put forth a plan, Trump has sided with demagogic liberals.

It's not just on economic issues that Trump betrays an alarming lack of knowledge. Indeed, Trump substitutes slogans for serious policy proposals on many issues, and conservatives instinctively know that he doesn't get it -- that he's not even interested in getting it.

Accordingly, Trump's promises to make America great again and to restore winning are pathetically devoid of specific plans to achieve those goals. No presidential candidate in my lifetime has demonstrated less command of the issues than Trump, and his lack of intellectual curiosity and interest cannot be adequately remedied by his selecting smart advisers. We need someone at the helm who has an understanding of important issues and who will be guided by conservative instincts. Instead, Trump has shown a tendency to favor strong government action to get "results" -- more government, more authoritarianism, not less. This is a serious danger signal to conservatives.

On a smattering of other issues, Trump's conservative bona fides are in doubt, from affirmative action to the Second Amendment to universal health care to religious liberty to the Iran nuclear deal to his professed neutrality on Israel and Palestine to his dubious support of life, including his endorsement of federal funding for America's premier abortion factory, Planned Parenthood. I realize he and his supporters vehemently deny some of these criticisms, but I've heard his disconcerting statements on them, even if he later modified or retracted them.

Trump has been brilliant in hijacking anti-government sentiment and in amplifying his immigration and trade message through manipulating the press, and I admit he might seek to honor some of his basic campaign promises. But we have no assurance beyond these few issues that Trump would behave or govern like a limited-government conservative, and because of his practiced vacillation and refusal to commit to many other issues, he'd have a mandate to do what he darn well pleases -- and that's more than a little scary to me.

It concerns me that after Americans had finally united in strong opposition to Barack Obama's leftist record, the movement was co-opted by a populist with a super-amped megaphone. The solutions to America's problems are not some hodgepodge of policy goals fueled by nationalistic pride that is untethered to principles of limited government. You don't restore America's greatness by burning the house down, especially when you can remodel it from the inside out through a rededication to America's founding principles and constitutional conservatism.

I could better understand the support behind Trump if there weren't an infinitely superior candidate in Ted Cruz, who would specifically address the problems that plague us -- and without abandoning the principles that made America unique in the first place.