Jesus Christ, the Key to Unlocking All of Scripture 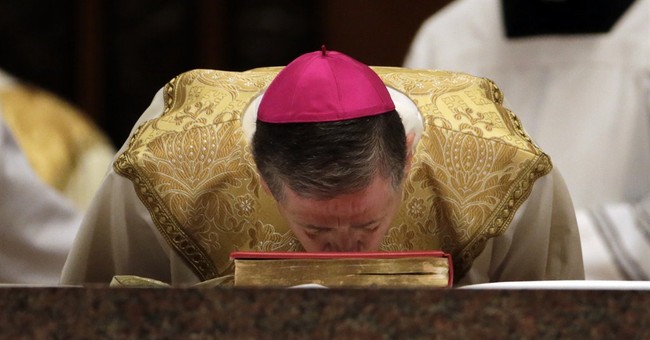 Trending
Since I began reading the Bible, I have been fascinated by the story of Jesus' encounter with two of his apostles on the road to Emmaus, a village close to Jerusalem, in one of his resurrection appearances.

The two men were despondent because Jesus, who had been crucified and buried just a few days before, had died without delivering Israel from its enemies. How could this have happened? He was supposed to be the promised Messiah.

Jesus began walking and conversing with them, and at first they didn't recognize him. When he asked them what they were talking about, they were amazed that he seemed to be the only one in the area who hadn't heard about this Jesus and the terrible fate that had befallen him.

The Gospel of Luke records that he then "said to them, 'O foolish ones, and slow of heart to believe all that the prophets have spoken! Was it not necessary that the Christ should suffer these things and enter into his glory?' And beginning with Moses and all the Prophets, he interpreted to them in all the Scriptures the things concerning himself" (Luke 24:25-27).

It wasn't until they were eating with him a little later that their eyes were opened and they recognized him, and then "he vanished from their sight."

"They said to each other, 'Did not our hearts burn within us while he talked to us on the road, while he opened to us the Scriptures?'" (Luke 24:32).

This is a gripping story. Their hearts burned within them as he unveiled to them the Scriptures -- i.e., the Old Testament, the only Bible Jesus had and read. The New Testament, obviously, had not yet been written. But why do you suppose they were so moved by his words?

Well, because they realized that they had just spoken with the living God, who gave them the best Bible lesson that would ever be given. He took them through the Old Testament and showed them how every bit of it pointed to him.

At once, they understood that he was the Messiah and that he had not failed in his mission after all. He turned their world upside down. How could they have worked closely with him and not seen what was right before their eyes? They were utterly blown away.

This story has special significance for me because it parallels my own spiritual journey. I found Jesus Christ mainly by way of the Old Testament.

Before that, my eyes were closed, too, but the many detailed and intricately fulfilled messianic prophecies in the Old Testament finally pierced through my spiritual fog and convinced me that the Bible is true and that Jesus Christ is Lord -- fully God and fully man.

The more I studied the Old Testament the more I realized that it is abundantly Christ-centered -- that he is on every page in one way or another. The entire Bible is about Jesus Christ and God's plan of redemption for mankind through faith in his son.

But God tells us in Scripture that he does not change, and he is quite clear that all Scripture -- not just the New Testament -- is divinely inspired.

There is no difference between the eternal, perfect and omnibenevolent God of the Old Testament and the one we worship today. And he sovereignly arranged that our Bible include the Old Testament, as well as the New Testament.

My goal is to increase the reader's appreciation for the Old Testament and for its Christ-centeredness, for once we have a better handle on the Old Testament and understand that Jesus is its focus, the Bible will come alive for us in ways we never anticipated and our faith will be strengthened and energized. That is certainly my experience, and I pray the same thing happens for you.

Seattle BLM protesters to strangers: ‘Give up your house. Give black people back their homes.’
Hotair
Durham Target Kevin Clinesmith Wasn’t Working for Who You Think When He Forged That Email To Spy on Carter Page
Redstate