Don't Be Fooled by the Media; This Isn't About Trump 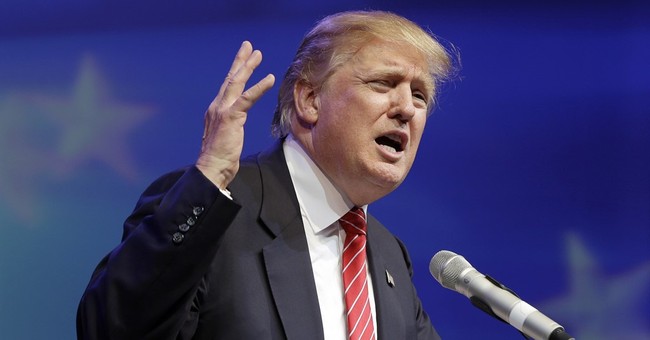 Is anyone concerned that the media have succeeded in using a flap between Donald Trump and John McCain to divert our attention from serious issues facing the nation?

Trump has been very outspoken in recent weeks on certain issues, especially immigration. His unfiltered remarks have resonated with people, driving him high in the polls among the GOP hopefuls.

I don't think for a second this means Trump has a realistic chance of getting the GOP presidential nomination, much less winning the presidency, but it is a powerful indication that people are tired of what's been going on in the country. In supporting Trump, people are rebelling against political correctness and the refusal of the political class to control our borders.

People are also tired of leftists controlling the narrative and bullying conservatives into silence. They see Trump as a refreshing figure who is unafraid to fight back. That doesn't mean they agree with everything he says.

Concerning the McCain-Trump altercation, McCain drew first blood, calling Trump's supporters "crazies." Trump went too far in firing back with "He's a war hero because he was captured. I like people that weren't captured, OK?"

The leftist media immediately pounced on this, gleefully turning it into a feeding frenzy against GOP candidates. Their goal was to force each candidate either to condemn Trump, which presumably would hurt Trump, or to defend him, which would hurt those candidates.

Few would defend Trump's remarks, but how about McCain's? Is McCain forever excused because of Trump's overreaction?

McCain can pretend he used "crazies" as a term of affection, but he and his fellow establishment elites do think immigration hawks are crazies. That's right; they home in on Trump's outrages, but their real beef is with conservatives.

There is nothing crazy about believing that a sovereign nation ought to control its borders. There is nothing crazy in insisting that immigration occur through the proper legal channels, which include learning about our uniquely glorious heritage and endorsing the American idea. Any non-suicidal nation would require these at a minimum. The federal government's deliberate sabotaging of border control is what is outright nuts.

I wish I had a dollar for every time someone complained about conservative candidates always falling for the liberal media's gotcha questions and allowing them to hijack the narrative. "Just refuse to play their game," they say.

Well, Sen. Ted Cruz is refusing. When the media pressed him to condemn Trump, he refused to take the bait, yet he stated that he highly respects McCain's war record and honors all United States veterans.

By doing so, Cruz is sending multiple messages: 1) He does not agree with Trump or condone the insulting remarks. 2) He adores the U.S. military and veterans. 3) Regardless, he refuses to be ensnared and diverted to nonissues. 4) He won't say anything to dampen the enthusiasm of patriots who've had their fill of President Obama's destructive policies. And 5) he will stay on message and control his own political campaign.

It's unfortunate that some have denounced Cruz as a moral coward for refusing to condemn Trump. That is absurd. He needn't condemn the indefensible to prove he's not a moral coward. He's making the larger point that we must stay focused on the issues. We never will if we continue to defer to those who believe that Caitlyn Jenner is more newsworthy than Iran, which is, with our help, moving giant steps closer to becoming a nuclear power.

Instead of faux fretting over Trump, could we please stay focused on Obama's disgraceful nuclear deal with Iran, his attempted end run around Congress by taking it to the United Nations first and his stunning indifference to freeing $150 billion to the diabolical Iranian regime to fund global terrorism?

While we are all scrambling to castigate Trump to prove our moral bona fides, we are ignoring that the federal government subsidizes Planned Parenthood and the group's harvesting of human organs. We are overlooking Obama's pernicious plan for the federal government to amass shockingly detailed information about U.S. citizens for collection in racial databases that will be used to stir up racial discord in the name of "diversity" when Obama leaves office. We are allowing Obama to get away, once again, with refusing to identify the murderer of U.S. service members as a Muslim terrorist.

There are so many disturbing things going on we don't have time to keep up with all of them even if we aren't diverted over what GOP candidate A said about GOP candidate B.

No, I won't defend some of Trump's statements, but nor will I call his supporters "crazies." If Ronald Reagan were alive today, he and his supporters would be considered crazies and extremists. Meanwhile, the people who are truly doing crazy stuff have become the new normal. The ordinarily unflappable traditionalist, America-loving citizens have had it with being vilified and muzzled while real craziness is elevated to normal. They appreciate Trump's outspokenness in the midst of such widespread cowardice and surrender on our side -- even if they don't approve of all his comments.

Could we please stay focused on the real issues? It would be hard to overstate how momentous these matters are to the future of this nation.