Compared With the Democrats, Donald Trump Is a Moderate

David Harsanyi
|
Posted: Aug 02, 2019 12:01 AM
Share   Tweet
The opinions expressed by columnists are their own and do not necessarily represent the views of Townhall.com. 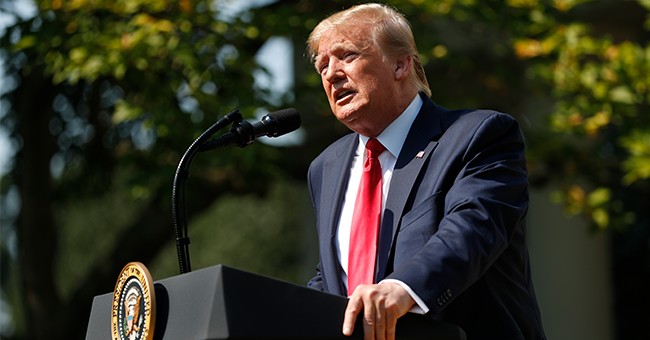 Once you strip away all the hysteria and madness surrounding Donald Trump's presidency, you're left with a policy agenda of a populist, big-government Republican. Whether or not you have a moral or personal case against Trump himself, the president's stated policy positions fall well within the contours of traditional right-left politics.

Can the same be said of Democrats? I'm sorry, but across-the-board tax cuts, notwithstanding the panic-stricken reaction we saw, aren't particularly radical. Every Republican president going back to Warren Harding has passed some kind of rate reduction. Nor is Trump's stated position on constrained foreign entanglement, which is popular with large factions of both parties. Trump's pro-Israel posture is a long-standing GOP position. And before President Barack Obama, it enjoyed bipartisan consensus.

Higher tariffs, which many of us believe are destructive and counterproductive, have been part of our economic debate forever. We shouldn't forget, either, that while reflexive anti-Trumpism may have transformed a number of Democrats into temporary free marketers, most progressives share Trump's protectionist instincts. Hillary Clinton, for instance, was compelled to change her long-standing position on both NAFTA and the Trans-Pacific Partnership during 2016 campaign to appeal to her left flank. Presidential hopeful Elizabeth Warren's new trade proposal not only makes Trump look like Milton Friedman, it allows environmental groups and unions to dictate terms.

Debt? Sadly, no one cares.

At CNN's primary debate in Detroit, presidential candidate Pete Buttigieg cautioned that no matter which policies Democrats embrace, Republicans will still call them "crazy socialists." Until recently, there was no need for any qualifier, because Democrats feigned outrage at the mere mention of socialism. But now that Democrats are openly arguing for collectivist policies -- one of their leading candidates is, in fact, a socialist who could easily have been the party's nominee for the presidency in 2016 -- (SET ITAL)sane(END ITAL) socialism is, apparently, OK.

And let's face it, leading candidates such as Elizabeth Warren and Bernie Sanders oppose free enterprise as anything but a funding mechanism for their state-run social engineering projects. They see capitalism as an evolutionary stage, if you will. At the debates, both argued for the complete mobilization of society to achieve their policy goals.

Warren argued that insurance companies do not have the God-given right to "suck all the money out of health care." Yet, she believes government has a God-given right to nationalize entire industries, dictate what Americans can buy and sell, and levy confiscatory taxes. I'm not sure if this qualifies as "crazy socialism," but it's certainly un-American and dictatorial.

Democrats want to get rid of your private health insurance. Every single one of them. They aspire to do it either immediately, through "Medicare for All," or incrementally, by creating a "public option" that destroys your private plan by forcing it to "compete" against an institution that can print money.

Perhaps this kind of economic populism will give socialists the traction to win an election. And maybe this kind of statism is destined to become the prevailing ideology of both parties. But stripping away the profit motive is why government-run enterprises are wasteful and bloated. Without profit, there is no incentive to improve efficiency or service or technology, or anything else. So mock Trump all you like for his word salads or lack of policy knowledge, but he certainly understands this basic idea.

He's not alone. The socialists spent most of their time swatting away the concerns of low-polling candidates last night. At one point, Sanders -- whose speechwriter once celebrated the "economic miracle" of Venezuela -- was rattling off some fantastical aspects of socialized medicine, and Rep. Tim Ryan of Ohio retorted, "But you don't know that, you don't know that, Bernie." To which Sanders yelled, "I do know it. I wrote the damn bill."

This vacuous rejoinder excited the crowd, but you almost certainly have to be a socialist to believe the state can control all costs, services, technological advances and human interactions of a $3 trillion industry simply because you wrote it down in a bill.

"The Green New Deal, making sure every American is guaranteed a government job if they want -- that is a disaster at the ballot box. You might as well FedEx the election to Donald Trump," John Hickenlooper, another member of the logical coalition, warned.

Warren countered Hickenlooper was recycling Republican Party talking points. She was wrong. At its center, the Green New Deal calls for elimination of all fossil fuel energy production in 20 years. The Green New Deal would also get rid of all nuclear power and 99% of cars, gut and retrofit every building in America, and offer every citizen a government-guaranteed "family-sustaining wage, family and medical leave, vacations, and a pension," "safe, affordable, adequate housing," and "economic security" for all who are "unable or unwilling" to work.

If that's not crazy socialism, what is?

Democrats are sure to walk back some of this primary bait. But judging from the primary debates, Trump will be the voice of policy moderation.