David Harsanyi
|
Posted: Oct 27, 2017 12:01 AM
Share   Tweet
The opinions expressed by columnists are their own and do not necessarily represent the views of Townhall.com. 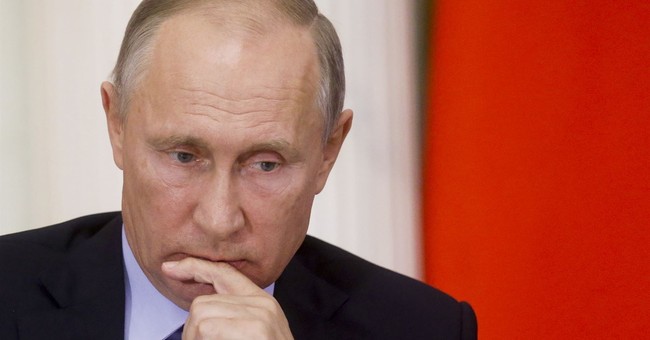 If we found out that Donald Trump's presidential campaign and the Republican National Committee had paid a firm working for the Russians to create a file of fabricated attacks on Hillary Clinton during the election cycle, would the media treat it as an impeachable offense? Would such efforts be considered an attack on the foundations of our democracy? Would liberal columnists make sensationalist claims that the Russians had "carried out a successful plan to pick the government of the United States"? Would they argue that the election had been rigged? Would they demand that Republicans pick their country over their party?

Of course they would.

What if a major media organization had taken that ginned-up dossier, one that included a number of unsubstantiated stories about Clinton's supposed sexual fetishes and shady business dealings with foreign powers, and put it online so millions of readers could judge the content for themselves? What if the firm that helped disseminate that file had been feeding a number of reporters alleged scoops that helped shape post-election coverage? Would we now be engaged in a national conversation about the responsibility journalists have to avoid broadcasting questionable information about candidates? Would the outlets that ran with those stories apologize for having regurgitated items that might have been concocted by the Russians themselves? Because all of that sure sounds like "fake news" to me.

According to the Washington Post, much of this likely happened -- but in reverse. It claims that Marc E. Elias, a lawyer representing the Clinton campaign and the Democratic National Committee, had hired the Washington, D.C., firm Fusion GPS to do opposition work. The firm was working on behalf of Russians to undermine American sanctions. And it is likely that Russian sources were in part responsible for some of their bogus assertions.

If the Post is correct, those involved in hiring the firm lied about it for a year. Yes, we knew that Democrats had contracted the opposition research, but we didn't know it was the national party and presidential candidate who did so. (Reports also say that one unknown Republican was involved with Fusion GPS before the firm hired Christopher Steele, a former British spy, to author the dossier.)

How often did the FBI use the dossier as a pretext for Foreign Intelligence Surveillance Act warrants? Seems like a reasonable question. According to CNN, it was used in part to justify a FISA warrant on Trump campaign adviser Carter Page. CNN has also reported that the FBI paid Steele for some of his efforts. The Washington Post reported that just a few weeks before the election, Steele had reached an agreement with the FBI for it to pay him to continue his work, and the plug was later pulled. Did it pay him for other work?

The dossier reached the highest levels of the intelligence community. Then-FBI Director James Comey briefed President Obama and President-elect Trump about the dossier after the election. Information leaked from the dossier was what really revved up the Russia-collusion scare in January.

No doubt there is much more to this story. For now, though, Fusion GPS officials have taken the Fifth (despite what you may have heard from some reporters) and asked a federal judge block a House intelligence committee request for access to bank records. Maybe another Robert Mueller is needed to get to the truth, since independent counsels don't seem to function under these strictures -- or any, for that matter.

This is all old news, they tell us. While Clinton's plans for the presidency did indeed fail, I've been informed on numerous occasions that a foreign attack on our democratic process is tantamount to a declaration of war. I mean, we know that Clinton has been tied to Russian uranium interests going back to 2009, but this all happened just last year. Surely, those who are ready to condemn Attorney General Jeff Sessions for attending the same party as a Russian diplomat are somewhat concerned about the DNC hiring a firm that was actively attempting to weaken the Magnitsky Act during a national election.

Now, some of us believe much of the Russia scare is a politically motivated effort to undermine the legitimacy of an election. Voting totals were never "hacked." Not one vote was manipulated. Americans still possess free will. On the other hand, there's no doubt Russia would love to instigate unrest in the United States. Democrats have been telling us this for a year. So those who automatically dismiss this inconvenient Fusion GPS story as irrelevant only reveal that they were never very serious about the Russian interference in the first place.