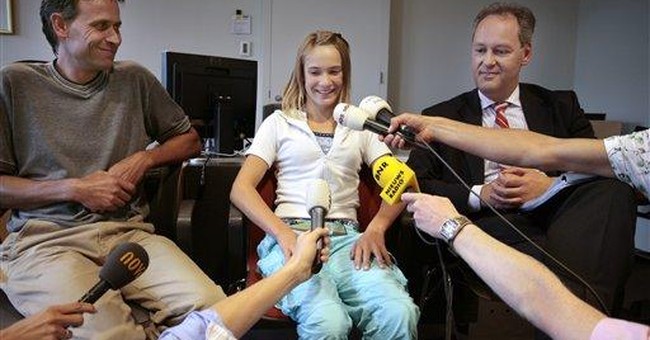 Every year, the American Psychological Association gauges the emotional temperament of the nation with its report "Stress in America." If we're to believe the results of the study, it appears that Americans are increasingly freaking out.

The APA is the largest professional association of psychologists in the world, so I trust that the organization never would overstate a problem just to drum up a little business. (Its motto, by the way, is, "For a healthy mind and body, talk to a psychologist.")

Turns out that my fellow Denverites -- despite their active lifestyles, picturesque environs and high standard of living and the presence of 66 APA-approved psychologists -- are the most stressed-out population in the nation. More than 75 percent of residents report "significant" stress, says the organization.

Afflicted Denverites, according to the research, are prone to get apprehensive about piddling issues -- such as work, money and job stability. All of which leads me to believe that stress levels are the nation's most reliable indicator of progress and intelligence. What sentient human being wouldn't be stressed about life, I ask you?

After exhaustive reflection on the issue, I also have come to the conclusion that pollees are liars. As Homer Simpson once said: "I'm filled with stress! I've got three kids and no money. Why can't I have no kids and three money?"

For me, the most stressful element of life has been the mysterious emergence of children. Kids, bless them, are a pain. They're expensive. Though rarely coherent, they never shut up. They are as insubordinate as they are willfully unhygienic. Yet you love them so much that your existence is now one of everlasting anxiety.

How many parents would trade children for serenity? In many other ways, stress signifies positive life experiences. Stressing about a mortgage and work can mean you own a home worth caring about and a job worth keeping.

It's how we deal with stress that's worrisome. Years ago, a rock-ribbed patriot just buried stress in the pit of his stomach and had a cocktail. These days, I can tell you that at least two doctors in Denver claim imbibing is "counterproductive."

In fact, through the APA, I learned that I cope with stress by applying all the wrong "sedentary activities and unhealthy behaviors": 1. Listening to music. 2. Reading 3. Watching television or movies.

If "irrational eating" were next on the list, I would not be surprised.

In general, I fell in line with the poll when citing barriers to making "lasting lifestyle and behavior changes." Lack of willpower. (Check.) Not enough time. (Check.) Lack of confidence. (Check.) I would offer, though, that most of us simply call willful, confident people with time on their hands "millionaires."

The underlying concern, says the APA, is how long-term stress contributes to chronic health disorders. (Talk to a psychologist for more information!) No doubt. But according to a recent NBC report, some researchers believe temporary increases in stress can strengthen the immune system, help fight Alzheimer's disease and keep your brain cells busy. Another study suggested that stress can help prevent breast cancer.

Research out of Johns Hopkins University, the piece went on to explain, found that children of mothers with higher levels of stress during pregnancy were developmentally ahead of those of women with low levels.

Mind you, I have no standing to challenge Big Psychology on these numbers. All I'm saying, after gathering this anecdotal evidence, is that those of you who aren't stressed-out are probably the ones in need of a psychologist.