Why Are We Ignoring Jihadists in Latin America?

David Grantham
|
Posted: Jan 04, 2017 12:01 AM
Share   Tweet
The opinions expressed by columnists are their own and do not necessarily represent the views of Townhall.com. 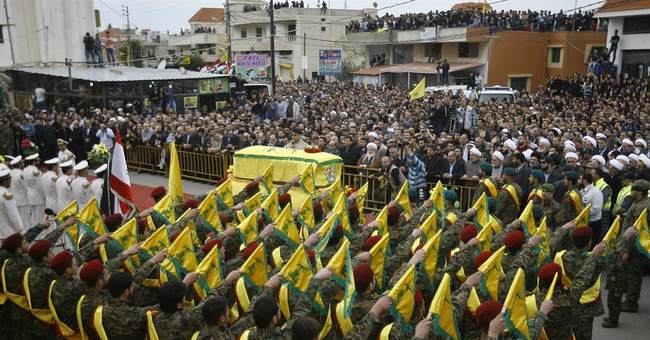 Famed Harvard Law Professor Alan Dershowitz said Obama will go down in history as the worst foreign policy president of all time, after the U.S. chose to abstain in the U.N. Security Council vote on the resolution condemning the construction of Israeli settlements. Cataloguing the president’s foreign policy blunders and their consequences will keep scholars busy for some time. But his inability to craft a meaningful strategy for combating Islamic terrorism in Latin America with U.S. partners may be the most significant for U.S. national security. The American public will face the deadly consequences of Obama’s failure there unless Trump changes course.

The presence of Islamic terrorists in Latin America can be traced back decades to the Iranian-sponsored bombing of the Israeli Embassy in Buenos Aires in 1992 and the Argentine Israelite Mutual Association (AMIA) headquarters in 1994 – together the attacks killed and injured over 650 people. The international community was reminded of those heinous events when, on January 18, 2015, Argentine prosecutor Alberto Nisman was found murdered the day before he was to present evidence to the Argentine Congress that showed then-president Cristina Kirchner and other Argentine officials had conspired with the Iranian government to cover-up Iran’s involvement in the AMIA attack. Joseph Humire, an expert on Iran’s influence in Latin America, called it the “most important political assassination in Latin America of the 21st century.”

Eight hundred miles to the north, Hezbollah and Hamas maintain a robust presence in the virtually lawless tri-border region of Argentina, Brazil and Paraguay. This largely ungoverned locale is considered a breeding ground for terrorism and is known as a busy transit point for the sale and smuggling of contraband, which generates billions of dollars annually for groups like Hezbollah, Al Qaeda and Egyptian Islamic Jihad. Author and senior Pentagon consultant Edward Luttwak describes the area as the most important base for Hezbollah outside of Lebanon. North Carolina-based Hezbollah cells involved in cigarette smuggling during the 1990s relied on assets in the tri-border area.

Infiltration by international terrorists of a region known for transnational organized crime has resulted in marriages of convenience. A report from Spain’s Defense Ministry in December 2016 outlined how Islamic terrorists have teamed up with drug trafficking organizations like El clan Barakat in Paraguay and Joumaa in Colombia to launder cash used to support terrorist activities. In fact, law enforcement officials in the southwest United States reported a significant increase in Hezbollah tattoos and imagery among imprisoned gang members.

Immigration stories naturally dovetail. A source for the U.S. State Department revealed in 2010 that Mexican drug cartels were likely smuggling known Arab extremists across the border into Texas. A lesser known story involves Hezbollah operative Muhammad Ghaleb Hamdar, who was arrested in Peru in October 2014 for planning a terrorist attack. He used an actual “marriage of convenience” to one Carmen Carrión Vela as part of his cover. She was arrested in November 2015 for material support to terrorism. The truly frightening detail of this episode: The convicted wife was a dual-citizen of Peru and the United States, and had twice traveled to the U.S. before Hamdar was arrested in Lima.

The Islamic State is now in the mix. The aforementioned Spanish report found that rapidly expanding Muslim communities have given rise to recruitment where as many as 100 Latin Americans have joined ISIS -- 70 alone allegedly came from Trinidad and Tobago. That island nation says today’s radical Islamic elements operate like the local Jamaat al Muslimeen group that tried to overthrow the government in 1990.

These stories only gloss over a much bigger problem that also involves nation-state collaboration between the likes of Venezuela and Iran, nuclear technology in Argentina and the spread of Saudi Arabia’s Wahhabi Islam in Latin America.

Despite all of this, the president shies away from confronting radical Islam. Despite all of this, the president helped enrich Iran to the tune of $10 billion. “Often considered a foreign policy backwater for the United States,” Joseph Humire writes, “Latin America has become a top foreign policy priority for the Islamic Republic of Iran.” Others like ISIS and Al Qaeda are not far behind.

Trump must reverse course and team up with Latin American partners to fight this war. Failure here will pale in comparison to failures elsewhere.