Religious Freedom: A Consistent Priority for the Trump Administration

David Closson
|
Posted: May 04, 2020 10:30 AM
Share   Tweet
The opinions expressed by columnists are their own and do not necessarily represent the views of Townhall.com. 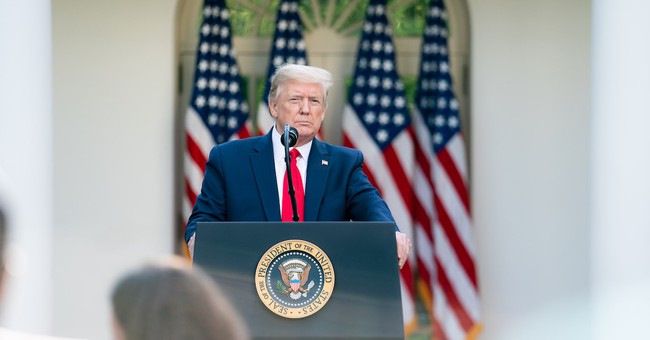 Editor's Note: This column was co-authored by Mary Beth Waddell.

After eight years of government hostility to religion under the Obama administration, President Donald Trump signed an executive order which has turned out to be a stunning victory for religious freedom. Signed three years ago today, the Executive Order Promoting Free Speech and Religious Liberty (EO) has routed the secularist regime and ushered in a restoration of religious freedom protections for all Americans.

The EO requires executive agencies to “vigorously enforce Federal law’s robust protections for religious freedom… to the greatest extent practicable and to the extent permitted by law.” They are ordered to “respect and protect the freedom of persons and organizations to engage in religious and political speech.”

Not even “evangelical” presidents, like Jimmy Carter, Ronald Reagan, and George W. Bush, did this much. There’s no doubt religious freedom protections will continue to advance during the Trump administration.

Agencies across the federal government have complied by enacting guidelines, standards, and regulations that protect religious freedom. For example, then-Attorney General Jeff Sessions issued guidance and an implementing memo in direct response to the order. In July 2018, Sessions created the Religious Liberty Task Force to help the Department of Justice (DOJ) implement the EO’s guidance and more actively seek and squelch cases of religious discrimination by the government.

In 2018, the DOJ also announced the Place to Worship Initiative, designed to increase enforcement and public awareness of the Religious Land Use and Institutionalized Persons Act (RLUPIA), a federal law that protects places of worship and other religious uses of property. Through this initiative, federal prosecutors will receive training about legal protections for houses of worship.

In 2017, DOJ filed an amicus brief with the Supreme Court of the United States defending the First Amendment rights of baker Jack Phillips to operate his business in accordance with his religious convictions. They argued that the government should not coerce Phillips into creating messages that violated his sincerely held religious beliefs. Phillips won a 7-2 decision announced in June 2018. By submitting a brief, DOJ put courts on notice that it is serious about protecting religious freedom. This support from DOJ and the administration is vital at a time when many are seeking to stamp out religious liberty in the public square.

The DOJ filed several other important amici. These include a brief to the Supreme Court siding with parents who claim the state unconstitutionally discriminated against their children when it barred them from a private school scholarship program because they attend a religious school.  They filed an amicus brief on behalf of the Archdiocese of Washington, D.C., which was refused advertising space within the capital district’s public transit system because they wanted to promote a religious message during the Christmas holiday.

The EO has also affected the Department of Defense. In 2018, the Air Force overturned disciplinary action taken against Colonel Leland Bohannon. The disciplinary action came after Bohannon did not sign a certificate of appreciation for the same-sex spouse of an airman under his command. Although he had found a higher-ranking officer to sign the certificate, Bohannon was initially disciplined for discriminating on the basis of sexual orientation. However, in reversing their decision, the Air Force cited President Trump’s EO, noting it made “very clear that the free exercise of sincerely held religious beliefs deserves the highest protection.”

Earlier this year, the Departments of Justice and Education cited the EO when they released guidance on school prayer. This guidance protects the rights of students in public schools to engage in religious expression, such as meeting to pray on school grounds. School districts that violate this guidance risk losing their federal funding.

Also, in early 2020, nine federal agencies issued new regulations citing the EO as their justification to end discrimination against religious entities. Many of these regulations removed barriers to religious entities’ ability to contract with the federal government and their eligibility to receive federal grants. The Department of Labor also restored the full scope of the religious exemption for faith-based contractors, which had been by the Obama administration.

These actions, and many others, are a result of the Trump administration’s efforts to prioritize religious freedom over the past three years. Specifically, these policy changes and initiatives are a direct result of the president’s 2017 executive order. And because the Trump administration will continue to champion religious freedom as long as President Trump remains in office, look to see more positive advances in the future.

David Closson is the Director of Christian Ethics and Biblical Worldview at Family Research Council. Mary Beth Waddell is the Senior Legislative Assistant at FRC.