David Closson  |  Jan 16, 2020
The opinions expressed by columnists are their own and do not necessarily represent the views of Townhall.com.
Top Columns
Trending on Townhall Media 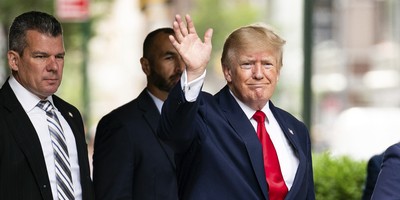 Once enjoying near universal respect, religious freedom in America has fallen on hard times.

This founding American principle has long enjoyed bipartisan support. In 1993, Congress overwhelmingly passed the Religious Freedom and Restoration Act (RFRA). The law passed unanimously in the House of Representatives and 97-3 in the Senate and was signed into law by President Clinton. In 1998, President Clinton declared, “The right to worship according to one’s own conscience is essential to our dignity as human beings.” In 2008, President George W. Bush said, “The freedom to worship according to one’s conscience is one of our nation’s most cherished values.” And in 2012, President Barack Obama said that religious liberty was a “universal right.” For nearly 30 years, January 16 has been designated Religious Freedom Day in honor of America’s very first religious freedom protection, the Virginia Statute for Religious Freedom of 1786.

Despite our long tradition cherishing religious freedom, it’s now under assault in political campaigns, the legislature, the judicial system, and business activity. For example, last October, then-presidential candidate Beto O’Rourke argued in a CNN-sponsored town hall that churches and religious organizations should lose their tax-exempt status if they opposed same-sex marriage. The crowd in attendance applauded enthusiastically.

Last spring, the U.S. House of Representatives passed the Equality Act, which would codify sexual orientation and gender identity as protected classes equal to race and ethnicity in U.S. civil rights law. In addition to forcing this ideological mandate on our entire country, the legislation would also strip religious protections currently in place under the Religious Freedom and Restoration Act. If it were to become law, Christians and members of any faith with objections to same-sex marriage and homosexuality could be compelled to violate their religious beliefs in a variety of ways. Even though the Equality Act represents a clear violation of the religious liberty of millions of Americans, it passed the House of Representatives by a 236-173 vote.

In the courts, the Ninth Circuit ruled that two Catholic schools acted unlawfully when they dismissed teachers responsible for religious instruction due to their poor performance. The Supreme Court will hear these two cases, Our Lady of Guadalupe v. Morrissey-Berru and St. James School v. Biel, in their upcoming term. Who would have thought that the question at the heart of both cases, whether religious schools have the right to select their religious teachers without government interference, was not a settled one?

Even believers who seek only to quietly go about their business are not allowed to live according to the dictates of their conscience. Recent controversies include a pro-life nurse in Vermont who was forced to assist in an abortion procedure, bakers and florists who were sued for refusing to participate in same-sex wedding ceremonies, and faith-based adoption agencies that are coming under attack for only placing children in homes with a married mother and father.

In these examples and others, aggressive secularists are insisting that the law curtail religious freedom in the name of “anti-discrimination.” Tragically, some in our country have forgotten that religious freedom is a basic good that serves all Americans. On Religious Freedom Day, it is important to remind our friends and neighbors that religious liberty is a fundamental value that undergirds the other freedoms we enjoy. Religious freedom is not a license to discriminate or to do whatever one wants under the guise of “religious liberty.” Instead, religious freedom allows people to order their lives according to their deeply-held convictions. This means people can believe what they want in terms of theology and doctrine and live in a way that brings their life into conformity with these values.

In 2019, President Trump commemorated Religious Freedom Day by noting that “The right to religious freedom is innate to the dignity of every human person and is foundational to the pursuit of truth.”

The principles celebrated by Religious Freedom Day deserve renewed attention due to society’s amnesia about religious freedom’s role as a basic societal good. Therefore, it is appropriate today to renew our efforts to make sure this most precious freedom is preserved for America’s future generations.