Anyone for Tennis with a Mask?

Dave Seminara
|
Posted: May 25, 2021 12:55 PM
Share   Tweet
The opinions expressed by columnists are their own and do not necessarily represent the views of Townhall.com. 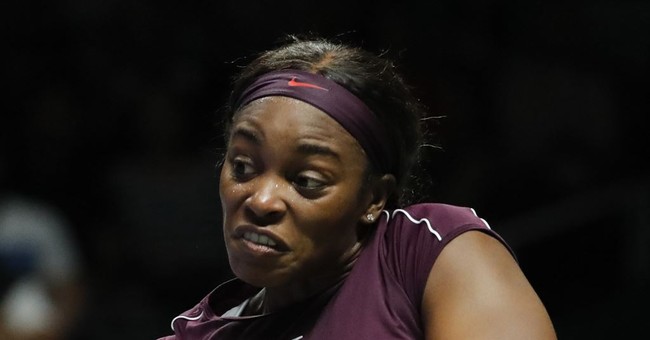 Most experts now agree that outdoor transmission of Covid-19 transmission is rare. And yet, bizarre and unhealthy restrictions on outdoor recreation persist in the United States across a variety of sports, none more irrational than tennis, a sport where one’s opponent is typically 30-80 feet away.

At least 13 states still require high school tennis players to wear masks while competing in singles (or doubles) matches outdoors, and health bureaucrats have established laughably restrictive rules in many states. Spring tennis diktats in Massachusetts, for example, give players about as much freedom as one might enjoy in a North Korean labor camp. Anthems aren’t common in tennis but the rules nevertheless stipulate that the national anthem can be played but not sung. In addition to wearing masks at all times, players on each court must use different numbered balls, which are considered as dangerous as radioactive waste from Chernobyl. “If a tennis ball from one court goes onto an adjacent court, it should be kicked back with a foot or a racquet.”

Racquets must be disinfected frequently, and players are compelled to use hand sanitizer at the start of the match, during every changeover, and again at the end of the match. Handshakes are forbidden, and the diktats instruct players to instead “tap racquets” at the conclusion of the match.

California, which also compels high school tennis players to wear masks during competition, has similarly inane diktats stigmatizing tennis balls. In the Golden State, teams are asked to “restrict balls to a particular group, court, or day of the week,” and consider spraying balls with a disinfectant, like Clorox, after matches. California’s tennis bureaucrats urge teams to “practice caution with the tennis balls and avoid letting the participants touch them.” But how can anyone play tennis without touching the balls?

Joe Biden’s home state of Delaware recently considered scrapping the mask requirement, but the Delaware Interscholastic Athletic Association board of directors voted to keep the requirement on April 19. Officials there justified the move not based upon evidence that the mask requirement helped contain the virus, but rather because they claim that only two states of the 43 they surveyed reported injuries to athletes that were directly attributable to mask use during competitions.

“The only evidence we have is the fact that we got through the fall and the winter with some pretty high-risk sports…without any documentation of injuries as a result of wearing the mask,” said board member Stan Waterman.

So in other words, until large numbers of athletes drop dead with masks on during competitions, the mask charade must go in the Blue Hen state.

Meanwhile, the ATP and WTA (tennis) tours are engaged in a different sort of mask charade. Thankfully, they don’t require players to wear masks while they’re playing, but they have to put them on right after matches. And so, players who compete unmasked for hours are then forced to give post-match interviews and speeches during trophy presentations masked so the sport can virtue signal.

The broader point transcends tennis and sports.  For more than a year we’ve imposed absurd restrictions on children while unquestioningly repeating mantras about following the advice of so-called experts. But the World Health Organization said in December that athletes engaging in vigorous physical sports shouldn’t wear masks during competition. The WHO pointed out that some studies have shown wearing masks during mild to moderate physical activity can lead to significant negative cardiovascular and pulmonary effects in both healthy people and those with underlying respiratory diseases. They concluded, “people should not wear masks during vigorous intensity physical activity because masks may reduce the ability to breathe comfortably.”

Despite the WHO’s advice, and the recently revised guidance on outdoor mask use from the CDC, petty, virtue-signaling bureaucrats with authoritarian tendencies are still reluctant to relinquish power and yield to science and common sense. A high school student named Maggie Willliams from Bend, Oregon, where I lived until 2019, collapsed recently while sprinting with a mask on during an 800-meter dash race. She briefly lost consciousness before recovering.

Afterward, Ms. Williams and her coach concurred that the scary incident occurred because she was forced to wear a mask. Days later, the state finally revised its mask policy, dropping the requirement for non-contact competitions but not for training. Most coaches, players and parents are simply going along with all the illogical diktats because our once individualistic society is morphing into one that rewards sheep-like behavior rather than independent thinking.

I’ve played tennis at least a hundred times since the pandemic started, always without a mask, touching my unsprayed, unsanitized balls to my heart’s content at the Racquet Club of St. Petersburg. We have men and women at my tennis club in their 70s and 80s playing doubles unmasked every day, and so the idea of compelling young people to wear masks seems preposterous to me.

Perhaps I’m just out of shape, but I find it hard to breathe even without a mask on after a long point.  I have yet to see anyone play tennis with a mask on at my club, and I hope I never will. America’s obesity problem is one of the key reasons why the pandemic has been so deadly here. Playing tennis outdoors, particularly singles, isn’t a way to spread the virus; it’s a way to help fight it.

Dave Seminara is the author of Footsteps of Federer: A Fan’s Pilgrimage Across 7 Swiss Cantons in 10 Acts and Mad Travelers: A Tale of Wanderlust, Greed & the Quest to Reach the Ends of the Earth.