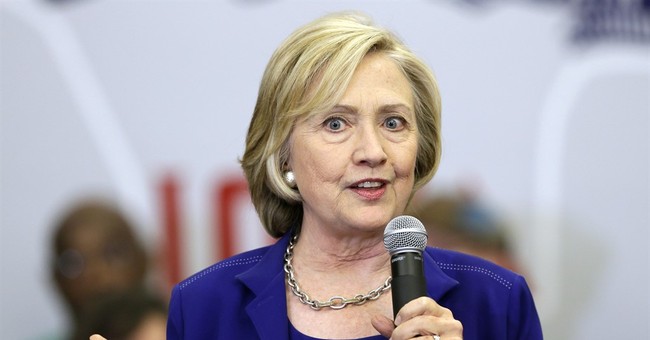 Never underestimate the power of an established business model as it attempts to use graft and cronyism to protect decades of profits.

That's my take-away from Hillary Clinton's recent and well-published speech in which she attacked Uber and other disruptive technologies for daring to innovate undermining old business structures that have to change in the face of competition from their upstart rivals. It's called progress and it's the hallmark of the free market-system. It's a by product of the American Dream of entrepreneurism and "being your own boss." Without innovation and progress, we might still be using candles instead of light bulbs, a horse and buggy instead of a car or buying vinyl records instead of streaming digital music online.

Competition and innovation is great for consumers but it can often be devastating to mid-level managers and corporate executives. Holding on to old profit models often requires the assistance of government -- and politicians like Hillary are often more than willing to help.

Secretary Clinton's attack on innovation and the "sharing economy" represented by Uber and Airbnb is a classic example of government trying to stand in the way of change. Business owners, particularly taxi cab companies and their unionized drivers, have been caught flat footed by changes and innovations brought about by Uber and Lyft. Rather than seek deregulation, taxi companies and their allies are investing in politicians - asking government to impose regulations on their competitors. They do so through campaign contributions, fundraisers and union endorsements.

That helps explain why the political establishment is willing to engage in sting operations like we saw in Los Angeles where the police department literally entrapped Uber drivers into picking up passengers pleading for rides. Though, I guess that is a bit more civilized than the actions of their French counterparts. Paris taxi drivers recently engaged in vigilante justice, destroying Uber cars while the government arrested the CEO of the company.

Worse, this behavior is in no way limited to taxis. Recently the head of the American Hotel and Lodging Association sent an email to supporters bragging about efforts to get politicians to assist their efforts to harass and harangue third party travel booking sites. Hotel companies know there are greater profits to be made when rooms are booked through Marriot.com or Hilton.com rather than through ReservationDesk.com or Kayak.com. Rather than competing for consumer dollars by offering better services, hotel chains are seeking to limit the ability of consumers to even use third party websites.

Five Arizona Members of Congress recently sent a letter to the Department of Justice asking for an investigation into "deceptive" booking practices. They claim that third party booking sites often look and feel like hotel chain sites and consumers are not astute enough to notice the difference. Senate Judiciary Committee Chairman Chuck Grassley (R-Iowa) sent a similar letter to the Federal Trade Commission making similar accusations. Sadly, their efforts are no different than Hillary Clinton trying to get the government to limit consumer access to Uber.

Cronyism such as this is the fallback position of an industry that cannot compete in the marketplace. The music publishing industry, I have noted in the past, relies heavily on government to maintain a business model that was shaped over a century ago. The taxi industry and now the hotel industry are looking for similar results.

Technology is always changing. In a free market system, these changes and advancements are beneficial to workers and consumers alike. The establishment, whether a corporation or a politician, might not like it but there is no turning back the hands of time. Change has come, more disruption is on the horizon and that is a good thing.