$5 Gas is Highway to Devolution 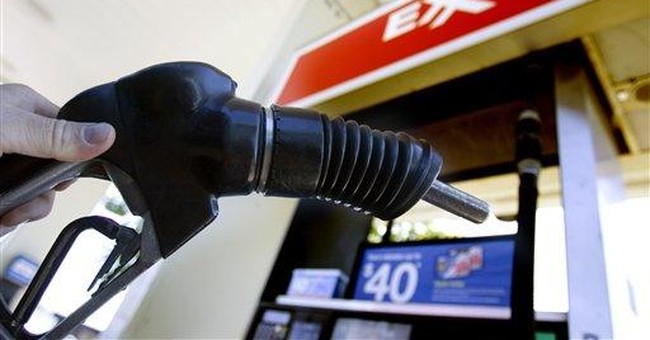 During the summer of 2008, gas prices soared above $4 per gallon for the first time in our nation’s history. A few months later, the United States economy plunged into the abyss, as high gas prices rippled through the economy and undermined consumer confidence. When combined with the financial collapse, it was a recipe for disaster.

Then-candidate Barack Obama told CNBC the sudden rise in gas prices was “a shock to American pocket books” and “not a good thing” for American families. That may turn out to be the understatement of his political career, as there are nearly 5 million FEWER jobs in America now than when he made that statement in June 2008.

As president, Mr. Obama’s policies have failed to foster an environment conducive to job creation, let alone one that is capable of recovering those 5 million jobs. In fact, his policies are leading us to a repeat performance. There is little doubt that gas prices will rise above $4 per gallon for the first time since 2008. The real question is how high they will go, and there is increasing concern among experts and consumer alike that gas could top $5 per gallon.

Despite the overwhelmingly negative implications of $5 per gallon gas and 5 million fewer jobs, President Obama had the audacity to tell Univision that he has “another five years coming up.”

Gimmicks aside, the election is less than nine months away and President Obama desperately needs to play offense on gas prices if he hopes to secure his next “five years.” Last week he swung down to Coral Gables, Florida to tout an energy plan that by his own admission will not have an impact on gasoline prices.

This makes perfect sense when considering President Obama’s history. When the White House officially rejected the Keystone XL Pipeline (again!) in January, they reaffirmed their “commitment to American-made energy that creates jobs and reduces our dependence on oil.”

Read that again: reduces our dependence on oil. Not foreign oil, but all oil. The Obama Administration is anti-oil, and they continued that theme in Florida last week when President Obama said, “we need to keep developing the technology that allows us to use less oil in our cars and trucks.”

But just as soaring gas prices have a ripple effect on American families and businesses, so would President Obama’s utopian vision of an oil-free America. When more efficient cars drive less, it creates a problem for Washington lawmakers and bureaucrats who try to disperse federal gas tax revenues to states and projects all around the country.

The federal Highway Trust Fund (HTF) is funded mainly through a federal tax on gasoline. If Americans use less gas – due to a bad economy, high prices or better fuel efficiency – there is less money in the trust fund. That means the federal government has less money to spend on roads, bridges, bike paths and highway hydrangeas.

Over the past several years, various Obama officials have suggested increasing the gas tax or switching to a Vehicle Miles Traveled (VMT) Tax, which would require every car to have a tracking device in their car to monitor and report miles driven. Both seem untenable, especially the big brother-style VMT Tax.

Interestingly, one of the biggest proponents of increasing federal transportation spending (especially on mass transit) is coming to grips with the possibility that the federal government should just get out of the transportation business.

“Somebody’s got to come to grips with this thing. The conservatives want to send it all back to the states. That’s going to be attractive unless we fix the trust fund problem. If we don’t fix the trust fund problem it should just go back to the states…If we’re going to continue business as usual as we have for 20 years, we’ve got to find the money. And raising the gas tax is our only move.”

Congress needs to start treating the American people with respect, and not shy away from an intellectually honest debate. Higher federal taxes or turn back control to the states. This is the debate Americans deserve, and $5 per gallon gas will only accelerate the urgency to get it right.