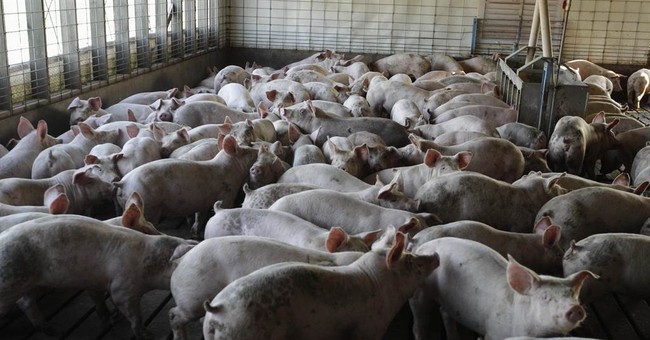 China's Shuanghui International has agreed to purchase Smithfield Foods for $4.7 billion in cash in order to fill a demand for pork in China, amid continued food safety scandals abroad.  Smithfield is the largest U.S. hog producer and pork processor.  Shuanghui will pay $34 per share to Smithfield shareholders, and assume the company’s debt.  The deal is subject to U.S. government approval.

We recommend that shareholders sell into the inflated share price and reposition their capital, rather than waiting for the deal to close.  If the deal falls through, shareholders can repurchase the shares as they revert back to a $25 to $27 trading range. 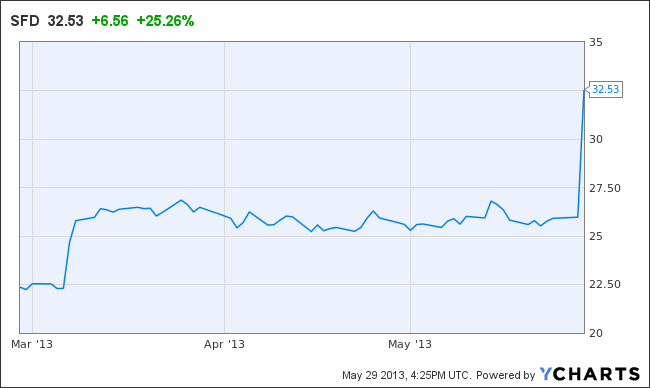 Rupert Murdoch’s News Corp. intends to separate into two companies on June 28.  Shareholders will receive shares of entertainment company 21st Century Fox, and publishing company News Corp.  The publishing company will have $2.6 billion in cash, no debt, a $500 million stock repurchase plan, and a dividend.

While the newspaper industry is dying in America, Rupert Murdoch points to his track record and adds, “there is opportunity everywhere.”  The company plans to aggressively pursue growth strategies, including digital media, and M&A activity.  S&P says, “We think the new  entity will emerge as a force for industry consolidation.”

News Corp.'s stock price broke out on January 2 and is up 29% year-to-date.  We told investors to buy this growth stock three times this year. 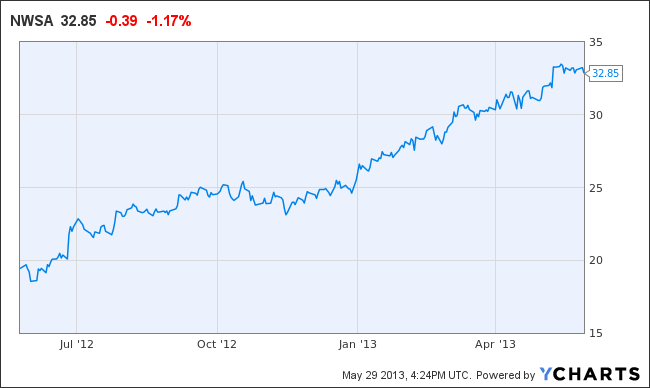 Wall Street expects earnings per share to grow 140% this year, although that number could be revised upward near-term.  The PE is 34.

Michael Kors stock has had a two-steps-forward-one-step-back approach since going public in late 2011, and appears ready to begin a new climb.  Expect the stock to trade between $61 and $65 in the very near-term. 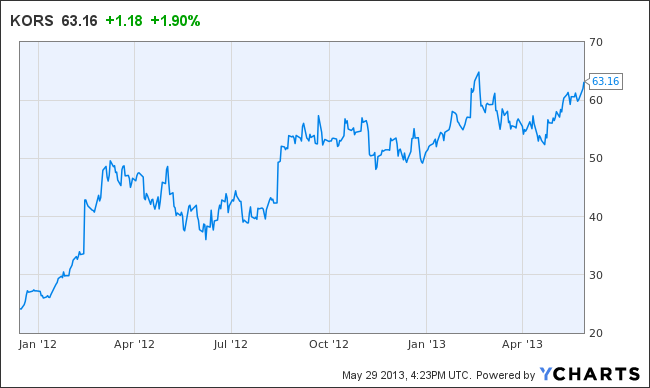