Pols and Politics and All They Connotate

Colin McNickle
|
Posted: Oct 19, 2016 12:20 PM
Share   Tweet
The opinions expressed by columnists are their own and do not necessarily represent the views of Townhall.com. 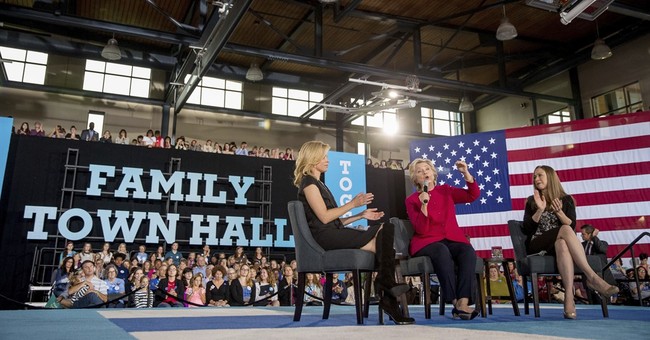 It was American newspaper editor William Leggett who, in 1837, wrote “that the political contests of this country are conducted with intemperance wholly unsuited to conflicts of reason, and decided, in general, by the efforts of the worst class of people.”

Don Boudreaux, the great economics scholar at George Mason University (no one knows Hayek better), used that Leggett quote as the peg in a letter to the editor of The Washington Post four years ago this month to make that very point:

“By its nature, political office is pursued and won by a disproportionate number of con men, just as by its nature each political campaign amplifies the squeals of select and always overwrought idealists.

“The combined effect renders silliness, duplicity and idiotic passions as inseparable from politics as barking, sniffling and quadrupedalism are inseparable from dogs,” the good professor offered.

Ouch. But don’t we all wish we had said that?

History is filled -- some would argue fraught -- with apropos quotes that transcend political time. To wit:

-- “There is but one way for a newspaperman to look at a politician, and that is down,” said Frank H. Simonds, the iconic early 20th century New York newspaper editor.

How horrified Simonds would be to see today’s reporters doing the pols’ bidding, even giving them pre-publication approval of stories and smoothing over and even altering quotes outright.

“He gave it for his opinion ‘that whoever could make two ears of corn, or two blades of grass, to grow upon a spot of ground where only one grew before, would deserve better of mankind and do more essential service to his country, than the whole race of politicians put together.’”

That’s because the pols would regulate and tax the operation so much that, by the time they finished, no ears of corn and no blades of grass could grow upon that spot on the ground. The “whoevers” of this equation then would be eviscerated in the media for their failure to serve the less fortunate among us, not to mention damaging the environment.

-- Writing in the Edinburgh (Scotland) Review in 1828, T.B. Macaulay offered that “a politician, where factions run high, is interested not in the whole people but for his own section of it. The rest are, in his view, strangers, enemies, or rather pirates.”

-- “Great politicians owe their reputation, if not to pure chance, then to circumstances at least which themselves could not foresee,” Otto von Bismarck told M. de Blowitz, Paris correspondent for The Times of London, in 1875.

Again, can you say “Hillary” and “Donald,” class?  Of course, “great” will be applied liberally by the mainstream media should the former win the presidency and derisively should it be the latter (and only attributed to others saying it).

-- Some unidentified long-ago political scrivener once offered that “A politician is an animal who can sit on a fence and yet keep both ears to the ground.”

And you honestly wondered why Hillary’s ear lobes are so large?

-- In his marvelous “Devil’s Dictionary,” published 110 years ago, Ambrose Bierce defined politics as “The conduct of public affairs for private advantage.”

Bill and Hillary not only resemble that remark, they surely hold the world record for the number of times they’ve put that axiom into practice.

-- It was Thoreau, in 1863’s “Life Without Principle,” who reminded that “Politics is the gizzard of society, full of grit and gravel, and the two political parties are its two opposite halves -- sometimes split into quarters -- which grind on each other. Not only individuals but states have thus a confirmed dyspepsia.”

-- But perhaps, just perhaps, Walt Whitman said it all best in 1880. He was characterizing the members of “a typical Democratic National Convention” of the pre-Civil War era. But, frankly, it should be considered the best and most complete definition of pols and politics ever penned and for any generation:

Yep, that about covers it.