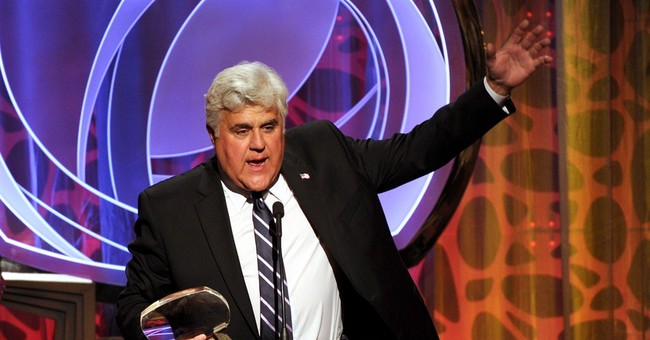 Jay Leno and Ellen DeGeneres brought a smile to my lips last week – and not by saying anything funny.

They were out in the not-so-fresh air on Sunset Boulevard demonstrating against the Beverly Hills Hotel and Hotel Bel-Air, properties owned by the Sultan of Brunei who, as the New York Times reported, this month began enforcing “a new penal code that will permit the stoning of gays and adulterers in his home country.”

This could be the start of something big: Hollywood mandarins declaring war on such penal codes -- also known as sharia, a key component of the Islamist agenda.

Christopher Cowdray, London-based chief executive of the Dorchester Collection, the luxury hotels’ parent company, encouraged that – albeit inadvertently. He said that those calling for a boycott of the Sultan’s hotels “appeared to have overlooked human rights abuses in the homelands of others who own businesses around the world. In London alone, he said, a number of favorite hotels have owners in Saudi Arabia and other countries that enforce harsh aspects of Islamic law.”

The Leading Lights of Show Biz also might want to inquire into the legal status of gays in the Islamic Republic of Iran and the Palestinian territories. (Spoiler alert: Islamic penal codes in both Iran and Gaza list homosexuality as a criminal offense punishable by death.)

Nor are gays (and adulterers) the only oppressed minorities in what we have come to call the Muslim World. Until now, however, gender apartheid, honor killings, female genital mutilation and the persecution of ancient Christian communities have inspired yawns among the glitterati. The plight of the Baha’i and the Kurds, genocidal threats by Iran’s rulers against Israelis, and Palestinian television shows teaching preschoolers to kill Jews haves left them fighting vainly the old ennui.

It dawned on Mr. Leno that in recent days Americans have been outraged over Donald Sterling, owner of the Los Angeles Clippers, for expressing what appeared to be racial bias: “I mean, we get so upset when a team owner says something inappropriate,” he said. “Here are people being killed, stoned to death .... It's just a matter of priorities, that's what it is.”

Then, perhaps channeling John Kerry (who recently accused Vladimir Putin of behaving “in 19th century fashion”), Mr. Leno added: “This is 2014, not 1814.”

Not to quibble, but he’s off by roughly a thousand years. Sharia was developed immediately following the advent of Islam, between the 7th and the 13th centuries, based on the Koran (regarded as the unalterable word of Allah) and the Sunnah (the life and example of the Prophet Muhammad). The process of interpreting sharia is called fiqh, of which there are five schools.

Muslim reformers – few of whom nowadays dare reside in Muslim-majority countries -- would agree with what might be called the Lenoist view that Islamic law can and should evolve and moderate over time.

Muslims of a more fundamentalist bent – including those affiliated with al Qaeda, the Muslim Brotherhood, the Saudis and Iran’s theocrats -- most emphatically do not. They favor a strict reading of sharia -- not least in regard to hudud offenses which include illicit sexual practices. Among the punishments: stoning, flogging, amputation, crucifixion and beheading.

And by the way, kidnapping and enslaving infidel women -- as the Nigerian jihadi group Boko Haram has been doing -- is quite justifiable under unreformed readings of Islamic law.

Of the 57 members of the disingenuously named Organization of Islamic Cooperation (OIC), most are emphatically not in the process of liberalizing their interpretation of sharia, and several are clearly heading in the opposite direction. In Pakistan last week, for example, gunmen shot dead a prominent human rights lawyer who was defending a professor accused of “blasphemy” – meaning the professor may have said something unflattering about the Prophet or Islam.

Brunei is a member of the OIC. Its official name is Negara Brunei Darussalam, which translates as Nation of Brunei House of Islam. A tiny state (just 2,226 square miles with a population of a about 4200,000) on the north coast of Borneo, it is the first country in Southeast Asia to officially impose sharia, as opposed to having a system of civil law merely influenced by Islamic religious doctrine.

That raises the question: Will Indonesia (where two large provinces already outlaw homosexual acts), Malaysia (where opposition leader Anwar Ibrahim was recently sentence to five years in jail on sodomy charges), and other countries in the region follow Brunei’s lead?

Brunei is ruled by Hassanal Bolkia, a 67-year-old hereditary ruler and one of richest men in the world thanks to extensive petroleum reserves first discovered by Europeans in 1929. His palace is said to have 1,800 rooms and he reportedly has a collection of sports and luxury cars second to none. He is known as a guy who wants to party all the time with infidel women from the U.S. and Europe.

Gays are not the only people in Brunei who will feel the impact of sharia. Failing to fast during Ramadan and missing Friday prayers may be punished with fines or jail time. If alcohol thrills you at all you could end up getting whipped. Theft may lead to the loss of a limb. Conversion from Islam to another religion may bring the death penalty.

Whether the locals are eager for such restrictions is difficult to say. Freedom House has long ranked Brunei as “not free,” a designation that extends to most members of the OIC.

In the past, those of us who write and talk about these issues have been denounced as “Islamophobes.” I suspect apologists for Islamism will refrain from attempting to pin that term on Mr. Leno, Ms. DeGeneres and other Titans of Tinseltown. That, too, brings a smile to my lips.