The Battle of Syria 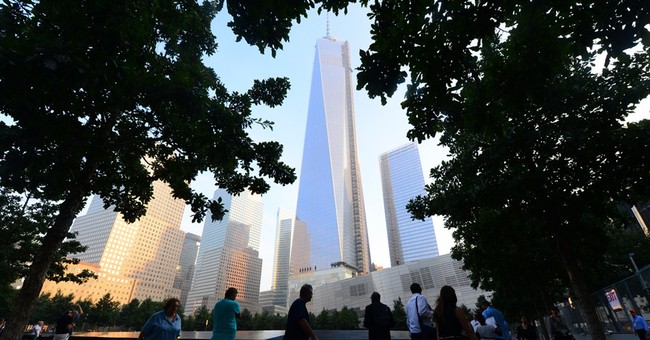 Twelve years ago today, we were staring at smoking rubble in downtown Manhattan and at the Pentagon, counting the dead, wondering who had committed this atrocity and why, fearful of what they might do next, uncertain how to proceed. How far have we come since then?

On one hand, we have not experienced a second terrorist assault on the scale of September 11, 2001. Osama bin Laden has been eliminated, as have many of his lieutenants. That’s not nothing.

On the other hand, al-Qaeda affiliates, commanded by bin Laden’s successor, Ayman al Zawahiri, are a threatening presence in more than a dozen countries. Al-Qaeda’s close ally, the Taliban, is by no means defeated in Afghanistan. Al-Qaeda has been reconstituted in Iraq in the wake of the U.S. withdrawal. Its combatants have been flowing into Syria, where they are prominent among the rebels fighting the Assad regime — which is itself the cat’s paw of the Islamic Republic of Iran.

Leslie Gelb, the sophisticated and intelligent president emeritus of the Council on Foreign Relations, recently wrote that Iran “shares America’s concerns about Sunni fanaticism and jihadism.” Does he really not perceive that Iran’s rulers are Shiite fanatics and jihadists? Does he not understand the extent to which Iran’s 1979 “Islamic Revolution” inspired and challenged radical Sunnis to create al-Qaeda? Is it not clear to him that both Sunni and Shiite jihadists share the same goal: “a world without America,” as former Iranian president Mahmoud Ahmadinejad succinctly put it? Does he not see that a Middle East without America would represent a major milestone?

That’s why the Battle of Syria has become so important. That’s why Iran’s rulers are so committed to Bashar Assad, sending him not just money and weapons but also commanders, strategists, and elite troops from their Islamic Revolutionary Guard Corps, as well as from Hezbollah, their Lebanon-based foreign legion.

The al-Qaeda forces in Syria, in particular Jabhat al-Nusra and the Islamic State of Iraq and Syria (ISIS), also are well-funded and well-armed, thanks to petroleum-rich sheikhs sympathetic to their cause.

That leaves only those Syrians who reject jihadism — Sunni and Shiite varieties alike — and who would prefer to be allied with America and the West, as orphans. True, there were more of them and they were better positioned when peaceful protests against Assad first broke out over two years ago. Hillary Clinton, David Petraeus, and Leon Panetta were among those who urged President Obama to support the nationalist opposition. He rejected their advice. A vacuum was created. That al-Qaeda would fill it should come as no surprise.

Many members of Congress worry that any action taken against Assad now will boost the al-Qaeda forces. But that’s highly unlikely if weapons for self-defense are provided only to those groups that have been “vetted” by our intelligence services — as well as to the Syriacs (Syria’s ancient and now besieged Christian communities), the Kurds, and the Druze.

Jonathan Spyer, among the sharpest and most intrepid reporters covering Syria, has suggested to me that the time has come to imagine — and perhaps encourage — Syria splitting into no fewer than three entities. One would be ruled by Sunnis, the country’s majority population; one by the Alawites, Assad’s ethno-religious group, which fears genocide should the dictator fall; one Kurdish — in fact, the Kurds have been successfully battling al-Qaeda in northeastern Syria. Maybe these entities could coexist within a loose confederation, with Syriacs and Druze enjoying substantial autonomy as well. If that doesn’t work, the break-up of Yugoslavia comes to mind as a model.

Yes, al-Qaeda groups might hold territory and wield power in the Sunni entity. There are respected Middle East experts who are confident that, post-Assad, less radical Sunnis will not accept their dominance, that al-Qaeda will be forced out as happened in the Anbar Province of Iraq (albeit with the assistance of the U.S. Marines). But if not, and if the al-Qaeda forces hang on and use their bases to wage jihad, we would need to deal with them — as we need to deal with al-Qaeda safe havens in other parts of the Middle East, Africa, and Asia. In this neck of the woods, at least, we’d have help from our Jordanian and Israeli allies.

America “cannot and should not be the world’s policeman,” U.S. ambassador to the United Nations Samantha Power said last week. She said that while arguing for Congress to authorize Obama to be the cop on the beat in the Levant.

On Tuesday night, President Obama said almost exactly the same thing. Ask yourself a tough question: If the U.S. will not be the world’s policeman, who will? Don’t kid yourself that the U.N. is up to the task, or could be — or even should be. As Power noted, the U.N. Security Council “could not even agree to put out a press statement expressing its disapproval” of the slaughter of Syrian children. (And the current Russian plan for Assad to surrender his chemical weapons under a Security Council resolution will, I predict, soon be exposed as a sham.)

Even with a policeman, the world will not be crime-free, nor will all criminals be brought to justice. But a world in which even the most fundamental laws go unenforced will soon devolve into a Hobbesian state of nature — a jungle. Actually, it will be worse than that — because, while those battling the West will commit the most terrible atrocities with impunity, enormous pressure will be exerted to force America, Israel, and other targeted nations to fight under Marquess of Queensberry rules.

Twelve years after the attacks of 9/11, this is where we are. On one hand, it could be worse. On the other hand, we’re not out of the woods yet, and from the look of the flora and fauna we’re not heading toward civilization.